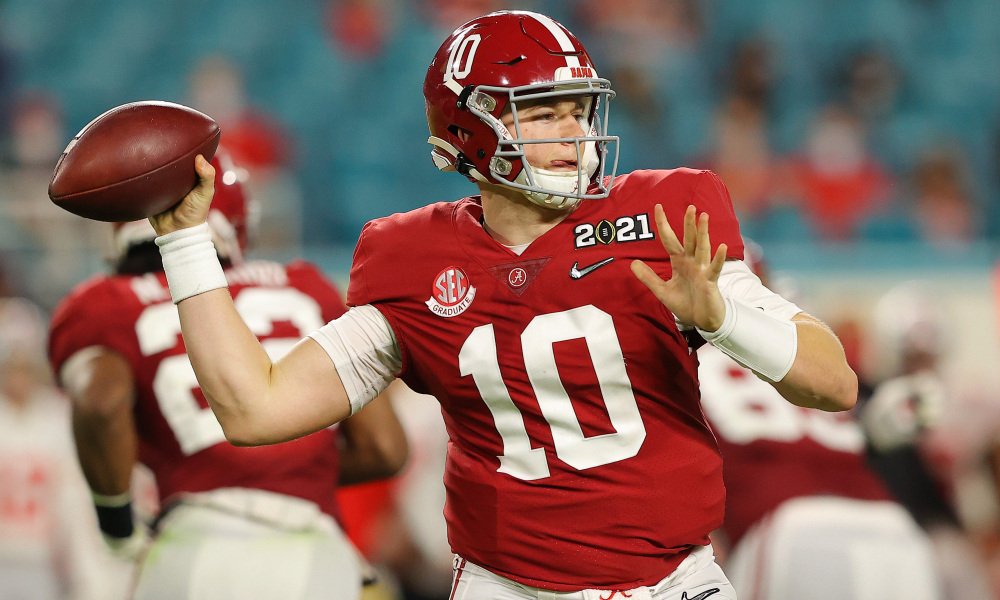 Mac Jones to the 49ers. Does that work for everyone if you’re a fan of the team? I’m not, but it doesn’t make any sense at all. You traded all that draft capital for a guy you could’ve had at the 12th spot. Jones was surrounded by two top receivers and a good offensive line at Alabama. What doesn’t make sense even more so is you’re going to take him over a guy in Justin Fields who played really well in college and made the big plays when he needed too, and Trey Lance who some believe may have the highest ceiling of any of the quarterbacks.

I’m just not a fan of Jones. Doesn’t move in the pocket, his deep throws are meh to me, and he was surrounded by four or five potential first and second round picks in Devonta Smith, Jaylen Waddle, Alex Leatherwood, Najee Harris and Landon Dickerson. Not to mention his off the field DUI arrest in 2017 as a freshman. Questions will surround this pick if it happens. I would go with Fields if I was San Francisco. Jones too many is highly overrated, and not worth what they traded. He doesn’t move in the pocket all. He also doesn’t have the arm talent to make deep throws in the pros. He is the more traditional pocket passer, which isn’t becoming so traditional anymore. Just because Kyle Shanahan thinks he may fit the system, he is what he is, meaning I don’t see any growth for him. His ceiling is where it is now. A mistake could be coming for the 49ers if they do the wrong thing here. 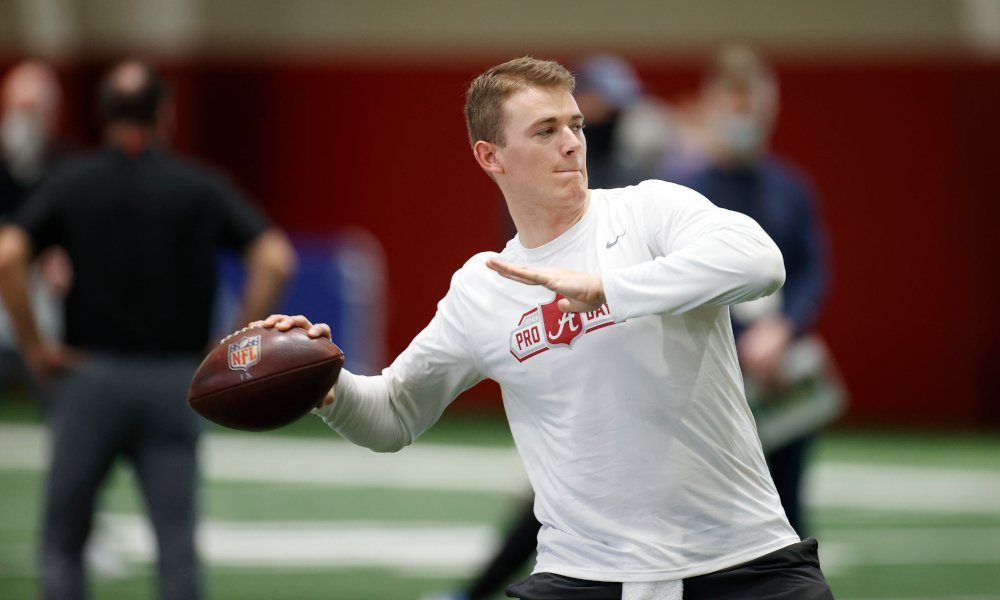