Will Ovechkin Leave in free agency? 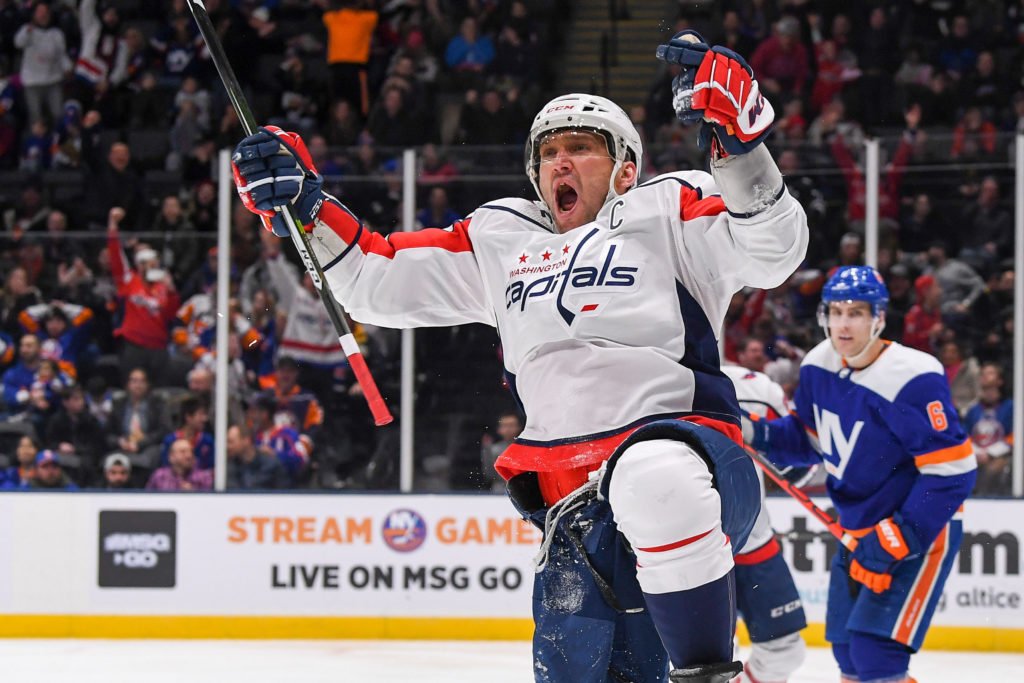 For the first time in his career, Alexander Ovechkin will be a free agent in the 2020-21 offseason. The question is will he leave Washington or stay put with the team that drafted him?

The 34-year-old Russian phenom will be entering the final season of his 13-year, 124 million dollar contract next season.

The deal seemed rather a largesse at the time as it came close to the maximum 20% of the cap which is as high as a deal can go. However, with the Upper Limit of the cap increasing substantially since then (from $56.7MM in 2008 when the pact was signed to $81.5MM this season), the contract has even looked like a bargain at times.

There’s no denying that Ovi is an elite goal scorer and when all is said and done, the future first-ballot Hall of Famer might hold the NHL record. He sits eighth all-time with 706 tallies and while he’s still 190 shies of Wayne Gretzky’s record, he still has several years left in him. It’s not entirely crazy to think that the length of his next contract will ultimately determine whether or not he gets that top spot.

Ovechkin has led the league in goals for three straight seasons, scoring at least 48 in each season as well as winning a Stanley Cup with the capitals in 2018. While it’s understandable to say that he will slow down eventually, it is inevitable that he only has a few years left as a top scorer in the game. Undeniably, there will be plenty of interest in him if he was to make it to the open market in 2021. It also does not help that he has aid he is not willing to talk contract extensions until the new season starts when it starts.

With him probably being the main focus of the team going into the 2020-21 season with a new coach and a very similar supporting cast that he had in 2018. The pieces are there for him to say and try to win in DC again. But in a world where we have seen a lot of players such as John Tavares and Artemi Panarin who have gotten massive contracts in bigger markets. Would it make sense for Ovi to go and maybe try somewhere else and prove that he can do it on his own?

The other thing he could do is take a challenge like some past hall of Famers have done. Such as Mark Messier who took it upon himself to bring a championship to New York as Ovi has said he likes a challenge and he wants to beat Gretzky’s record for most points all-time and Ovi is on his way to do so. Ovi may want a challenge like that or the elephant in the room. He could want to finish his career on his home turf and go back to Russia. A lot of possibilities come to the 2020-21 offseason but all we know is he will get a very large contract no matter where he goes.