Who Would win the Stanley Cup if the NHL didn’t stop play? 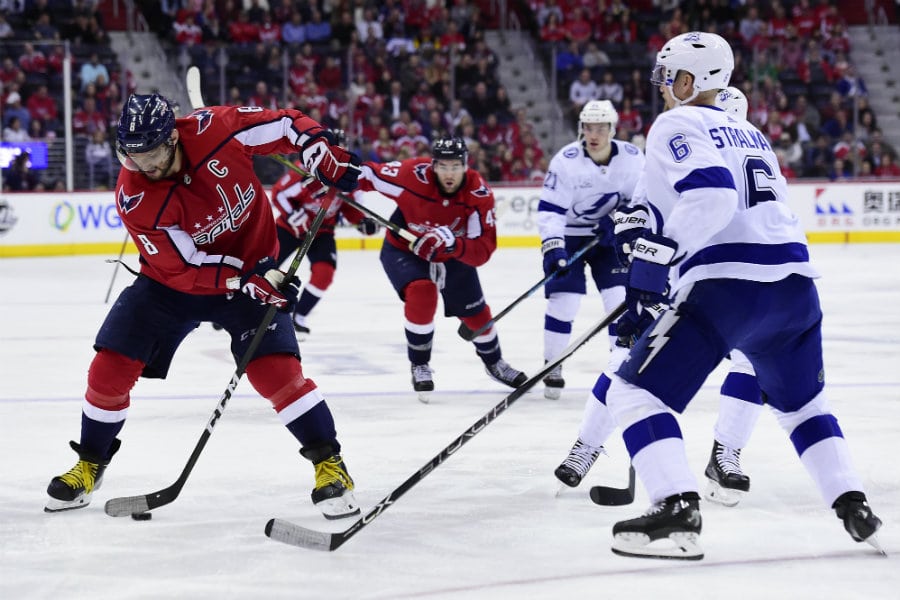 (Pt 4: The Conference final And the Stanley Cup Champions)

[Make sure to check the first Three parts of this series to see which four teams made it this far in the Stanley Cup Playoffs.]

It all comes down to this as the final four teams compete for a chance to play for the hardest prize to win in the sports world, The Stanley Cup. The Conference finals where the hardest round to predict as once it gets this deep into the playoffs anything can happen. Most of this can’t rely on narratives from the season and it all comes down to who wants it more.
This is represented in both conference final matchups, with the first one being the Eastern Conference Final Between the (A2) Tampa Bay Lightning and the (M1) Washington Capitals. This matchup is a rematch of the 2018 Eastern conference final and that series comes up a lot as both of these teams know how close they are to the Stanley Cup final. Both teams keep this series high scoring series very physical. But unlike the last time these two teams faced off, Alex Ovechkin and his team do not move on to the Stanley cup final that honor goes to Steven Stamkos and The Tampa Bay Lightning.
Unlike the last time, these two teams faced off Tampa Bay has a stronger will to win as the team knows that this is most likely the last chance, they have to win the Stanley Cup with this core. They will take that into account as they give it whatever it takes to beat the Capitals and win their first conference title since 2015 and will play for the Stanley cup.
Now as for who will meet the Tampa Bay Lightning in the Stanley cup final. Who comes out of the western conference final between the (P1) Vegas Golden Knights and the (C2) Colorado Avalanche? This series went the distance as it would come down to game seven in Las Vegas which would play well for the Vegas Golden Knights as they play very well at home. But it would be an even greater advantage for the new western conference champions, Colorado Avalanche. The avalanche would have come into the playoffs as a great road team going 24-11-2 heading into the hypothetical playoffs and would give them the edge over Vegas. Sending them to the Stanley cup final for the first time since 2001, almost 20 years since they took home the cup they now have a chance with a new young group of kids to cement their legacy.
It’s the Colorado Avalanche and the Tampa Bay Lightning in the Stanley Cup Final. Both of these teams have something to play for. They have completely different storylines heading into this Stanley cup final. As on one hand, you have the Tampa Bay Lightning a group who have been trying to win a cup for the last 10 years in what could be there last chance to win it all. On the other hand, you have the young and hungry Colorado Avalanche a team that most people look at and all they see is the 2016 season. Where the team was one of the worst teams in NHL history but have now scratched and clawed their way not just back to relevant but, all the way to the Stanley cup final.
In the end, there can only be one 2020 Stanley Cup Champion, after Seven games of grueling hockey. The Stanley Cup is raised in Tampa, Florida by the Colorado Avalanche. The Avalanche stuck to their game plan and took on Tampa with speed and youth which was the one thing that Tampa could not keep up with. So, at the end of the Hypothetical Stanley Cup Playoffs, the 2020 Stanley Cup Champions are the Colorado Avalanche.