Who Will Be The Next Big Thing 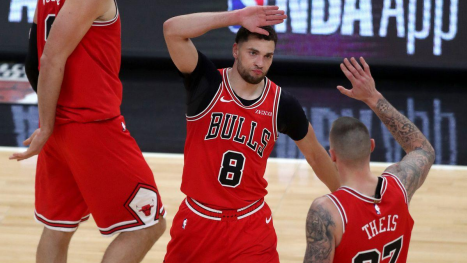 Bulls guard Zach LaVine (8) celebrates with his teammates after hitting a big 3-pointer late in the second half against the Celtics on May 7, 2021, at the United Center. (Chris Sweda / Chicago Tribune)

With the NBA offseason in full effect and the rookies displaying their talents in the summer league, It’s hard deciding who’s going to have a breakout season. Here are my picks for who I think will break out this NBA season.

1. At number one is the Chicago Bulls, kind of a weird spot, but with this new roster, they will have better performances and a better record this season. With the addition of Lonzo Ball, Demar Derozan, and Alex Caruso, I see them winning more than 30 games this coming up season. Not to mention Zach Lavine (27.4 ppg), Coby White (15.1 ppg), and Nikola Vucevic (21.5 ppg) coming off a good season. They should be able to get over the slump and make it into the play-in tournament this year or even achieve the eighth seed.

2. At number 2, the Huston Rockets recorded their worst record since 1998; the Rockets last season went 17-55. They obtained the 2nd pick with that record, which resulted in Jalen Green, who spent a year in the G League averaging an outstanding 30 points per game, five rebounds, seven assists, and three steals. In his Summer League debut, Green completely outshined the number one pick, Cade Cunningham, scoring 23 points to Cunningham’s 12. Huston is in good hands with John Wall, Christian Wood, and Josh Christopher on the court. 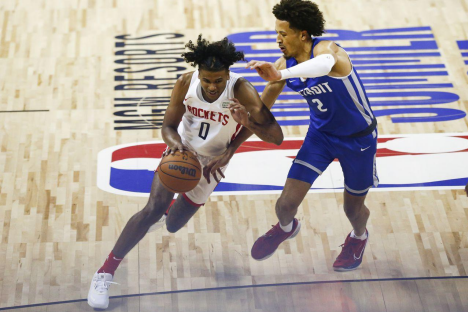 3. Next up is Cade Cunningham; with all eyes on him, the young piston’s star is making a name for himself in this year’s summer league. The #1 pick in his last played game scored 24 points with an outstanding 7-10 shooting from the three. With given time, Cunningham will emerge to be a top point guard in the league. 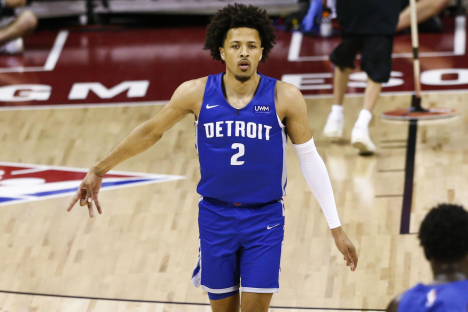