WHO IS TRINITY RODMAN? 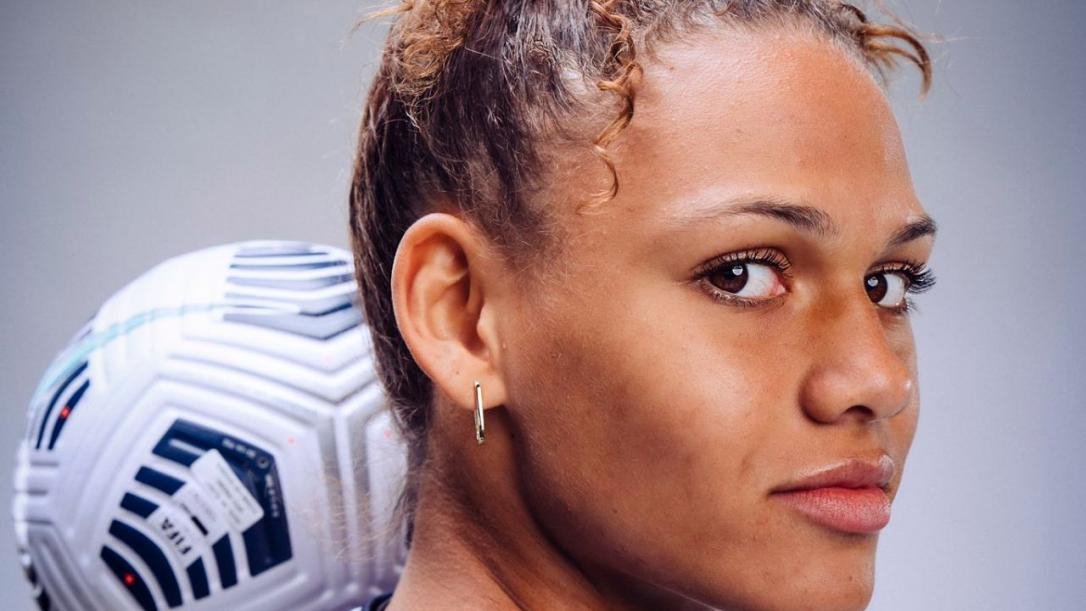 Who was the teenager that broke into the best football squad in the world to then be a mainstay for the United States women’s team? She was the youngest to be drafted into the National Women’s Soccer League (NWSL) at age 18 where she won rookie and young player of the year, and a place in the team of the year. Her name is Trinity Rodman, but some know her as, Dennis Rodman’s daughter. 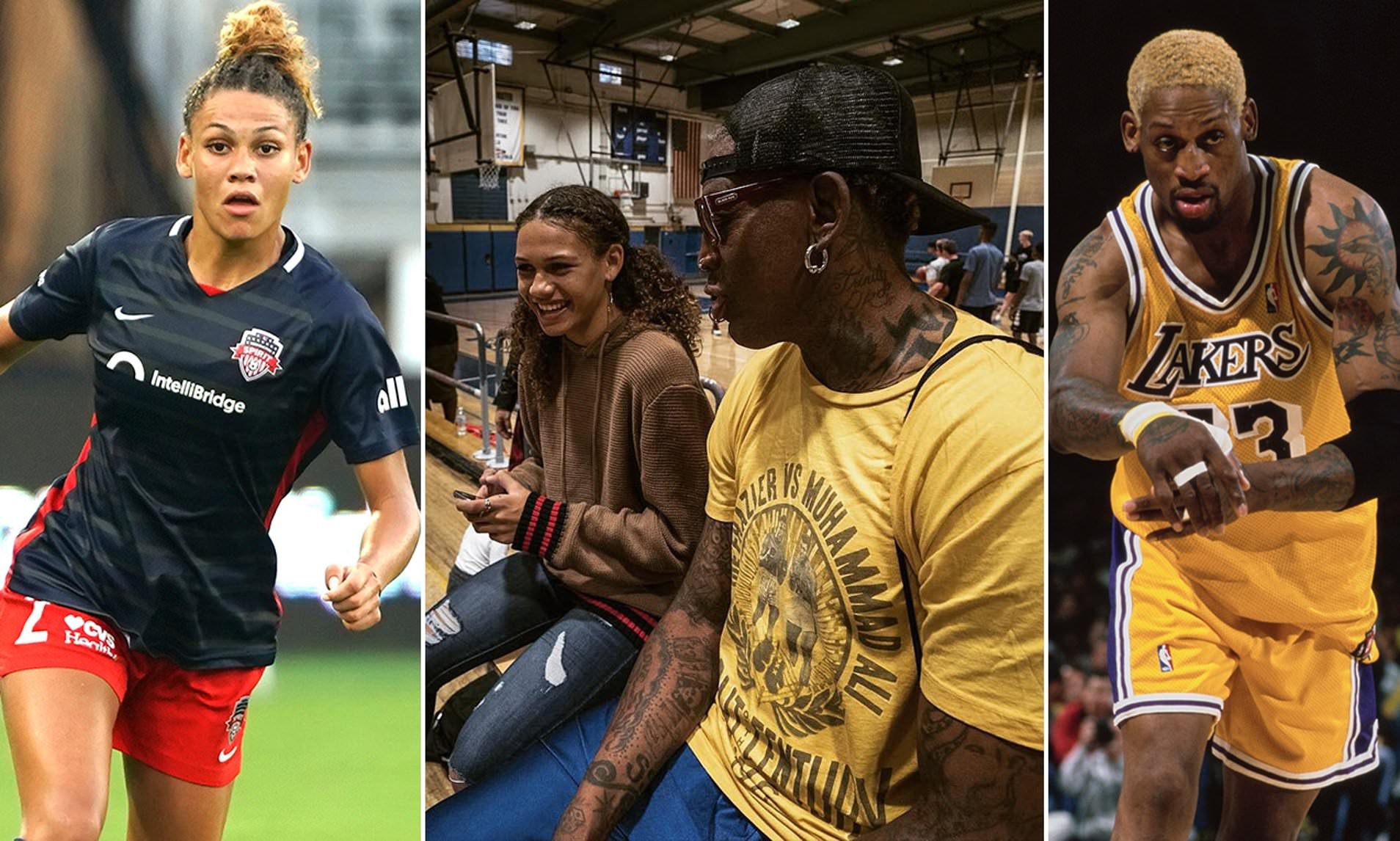 The former 5-time NBA Champion’s daughter has been showing that the apple doesn’t fall too far from the tree with the winning mentality and quality play she exudes. Raised in Newport Beach, California, Trinity has always been intrigued by a different sport from her father. At the age of ten, she played for the SoCal Blues. Even at a young age her determination and hatred of losing were shown.

She won four national championships with the Blues, maintaining a five-year undefeated run. However, during college, she was unable to kick a ball because of the impact of the COVID-19 pandemic. She went pro after the disrupted season, being drafted by the Washington Spirit with the first overall pick in the draft. She mainly featured in the 2021 NWSL Challenge Cup where she played in all four games, scoring and assisting once. 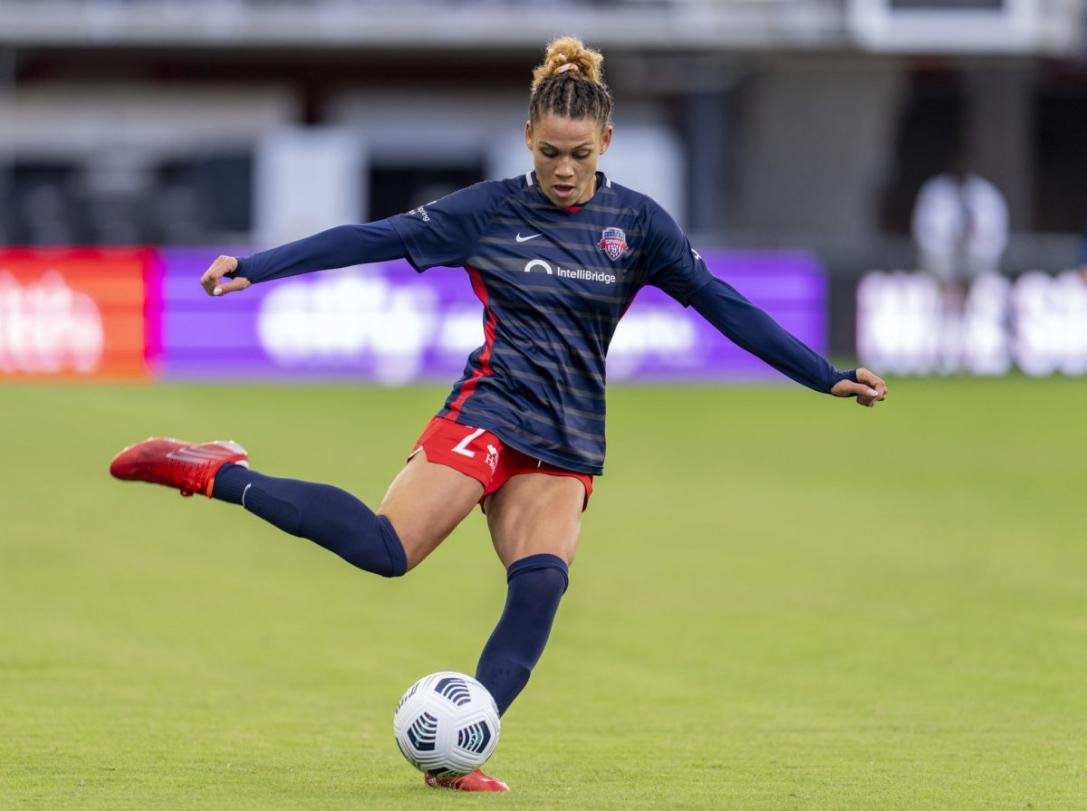 (Trinity warming up for a league game)

Rodman followed up those impressive showings by scoring seven goals in the 2021 league season. Washington went all the way in the playoffs defeating Chicago Red Stars in the final, Rodman assisting the game-winning goal. Impressive as that showing was, at 19 years old, Trinity was named NWSL Rookie of the Year, and was named US Soccer Young Female Player of the Year. 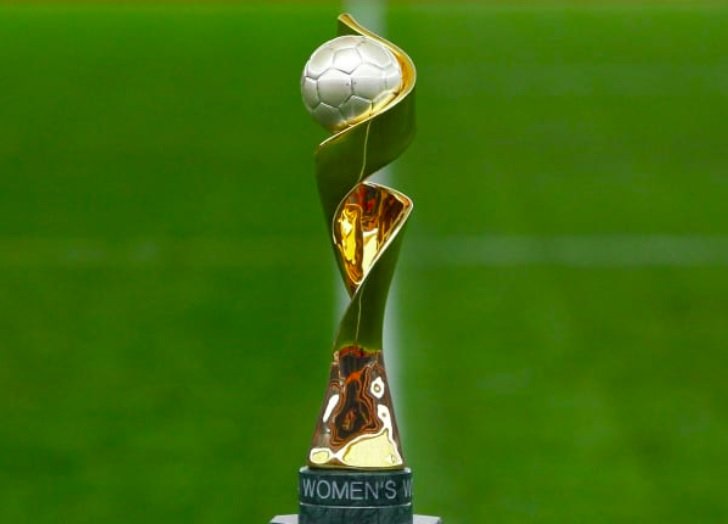 In February of this year (2022), Rodman signed an extension with the Spirit making her the highest-paid player in the league’s history. Rodman represented the United States in virtually all age groups, and when she got her chance with the senior team, she hasn’t looked back.

She made her debut in the SheBelieves Cup where after a lively outing against the Czech Republic, Rodman notched her 1st goal in a friendly against Uzbekistan. She has been included in the CONCACAF Championship team and with the way she is playing, her name may be one of the first on the team sheet for the showpiece event.