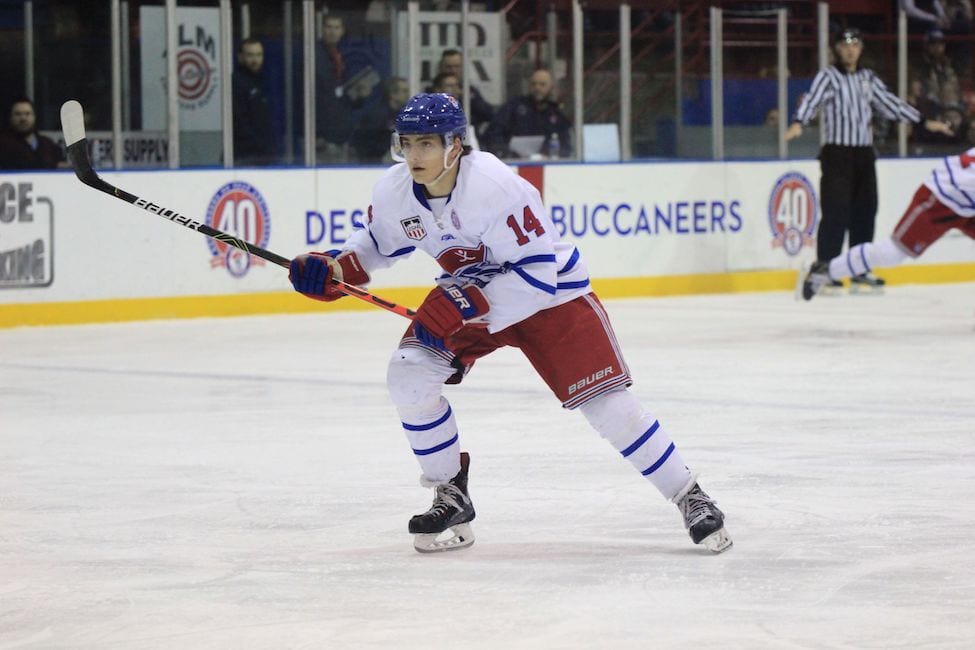 With the NHL qualifiers starting on august 1st the question becomes who deserves the number one overall pick and with-it Alexis Lafreniere. Who most scouts say is a generational talent, with the NHL draft lottery being changed to suit the NHL’s return to play any team that loses the play-in series will have a chance at the first overall pick? So, who deserves it?

All 16 teams are eligible to get the first overall pick we will go from teams who could need Lafreniere the least to most. Starting with the least that would be the Edmonton Oilers. There is no reason that oilers should lose to Chicago in the qualifier. There is even less of a need for them to get a first overall pick they have been a good and rising team for a while. They have the best player in the league in McDavid and they have a hart finalist in Draisaitl. This team is perfectly fine and is set up to make deep runs for years to come they do not need another franchise piece in Lafreniere.

The team on the other side of this series and that is the Chicago Blackhawks. Another team that I think doesn’t need him but unlike Edmonton, the hawks could use Lafreniere. The team has been on the downturn since winning their last cup in 2015. With all of their stars such as Patrick Kane aging, they could use a star-like Lafreniere to build a new contender around. But they do not need him as badly as some other franchises.

Now we start getting into teams that have a younger core and should have the chance to add a piece like Lafreniere. Such as the New York Islanders, the islanders have had a good team since losing John Tavares to the Leaf’s but the team needs a superstar and even if Barzal is going to be that guy one guy can’t win a cup by himself you need a few pieces and the islanders could use a guy like Lafreniere to help buster the lineup and keep them competitive for a while.

The Vancouver Cunucks have a young core that is still developing but they are very close to becoming a playoff contender. They could make some noise this year in the playoffs if they make it in. They don’t need a player of Lafreniere caliber to win but it wouldn’t be a bad consolation prize if they don’t make the playoffs.

I do feel bad for the Panthers. Florida is a small-market team that has struggled to find traction on the ice and mainstream presence in the Florida area. The few times they’ve gotten lottery picks they have been in very weak drafts. Aaron Ekblad looked like he had a shot at being a special player before concussions subdued his impact. So, should they get Lafreniere? They could use him it would be something to help the team and I don’t see this team beating the Islanders to make the playoffs unless Bobrovsky unlocks god mode. But I would not be upset if Lafreniere goes to sunrise but they would have to know how to build around him.

The Calgary Flames are in the same boat as Vancouver in my opinion. I don’t think anyone would be particularly Upset if Calgary does win Lafreniere. Sean Monahan and Matthew Tkachuk are a quality duo and adding Lafreniere could help make that team more dangerous than they already are. He and Gaudreau could be an amazing compo nation of left-wingers. Or maybe Gaudreau becomes expendable as he has been rumored to be traded but then again who knows in this crazy world? They could use the talent infusion for sure and there’s nothing overtly unpalatable about how the team is being built.

Winnipeg is just like Calgary they don’t need a player like Lafreniere in their lineup as they have been very good. They can only go up with the talent they have on their roster but adding him wouldn’t hurt their chances at possibly winning a cup in the future as I think they have the best shot out of all the Canadian teams to win a cup.

The leafs do not need a 1st overall pick they hardly need any more talent. They have a superstar in John Tavares that has come home recently to add to another all-star to their roster that’s already loaded with young phenoms. Such as top draft picks in Auston Matthews, Mitch Marner, William Nylander, and Morgan Rielly. I do think the leafs have gotten a whole load of bad luck, though, at no fault of their own. For one, the NHL decided to change the divisional and playoff format just in time for it to screw over the Leafs with unfavorable perennial matchups against the Boston Bruins and Tampa Bay Lightning with even a 24 team format they have a good chance to play one if not both of those teams at some point.

Now we get into teams who could use Lafreniere. First up is the Hurricanes, who check off a lot of boxes for a deserving lottery winner. A small-market team that has built itself into a healthy competitor largely through progressive thinking. For a while, they were one of the best tactical teams in the league but lacked any meaningful star power. They have not had a franchise face since Eric Staal who left the team to go to New York than Minnesota. Despite a Conference Final run last season, the Hurricanes still lack mainstream appeal Lafreniere could give that to them.

For several reasons, the Wild is potentially a terrible team for Lafreniere to go and it is that reason why they need him. They’re not a very good team and if the team is headed further downhill with the way they have been handing out contracts as most of their salary cap is invested in four players Zach Parise, Ryan Suter, Mats Zuccarello, and Jared Spurgeon. Who are over the age of 30 and signed for at least the next four seasons. They traded Nino Niederreiter for Victor Rask, which has become a disaster and they are stuck with his $4-million cap hit for another season. The current NHL roster possesses few impact players under the age of 28 who will be around in a few years so if Lafreniere ended up in Minnesota they have would have to build around him.

As a fan of the NHL, I am very hesitant to proclaim the Habs’ organization is deserving of Lafreniere as they possess a lot of the same issues as Minnesota. They’re boring and have no clear direction of where they are going. With several unappealing contracts on the books such as, Carey Price and Shea Weber, who are injury-prone and declining, with what cap space are you going to build around Lafreniere?

The Nashville predators wherein the Stanley Cup final in 2017 now they are a mess of long contracts with no future insight. They are slowly becoming a team like the wild where there is no emphasis on the future maybe if they get Lafreniere they will get a spark to blow up and start again but if not, they will probably chase the title they lost in 2017.

Next, the Penguins let’s make this easy no. They have the best pair in all of hockey, yes, they are getting older but they have promising youth in their system and right now do not need another gift from the hockey gods if they lose the play into Montreal.

The New York Rangers are in an interesting position as they have quickly rebuilt the team to a point where they are one of the most promising teams in the NHL. They could easily build a dynasty with the breadman and Kakko on Broadway this play in against Carolina is a win, win in my opinion where if they get in they can make a lot of noise in the playoffs but if they lose they can just add another piece to a great young team and win several cups down the road.

Columbus is an interesting team after shocking the world last season by sweeping the lightning. Most people thought they would have been god awful this year but they have had a lot of young players step up and they have formed a decent team. They remind me a lot of the New York Islanders as they have the young core and a coach who resonates with the team but they could use a great star such as Lafreniere. This would give them their best star since Rick Nash and it would be nice to see them add a superstar to an already promising young core.

Finally, the team who I think would benefit the most from winning the Lafreniere sweepstakes is the Arizona coyotes are one of the saddest teams in the NHL they have always been in or at the bottom of the league ad has always been portrayed as bad they could benefit from winning the lottery with Lafreniere they would have another piece along with Kessel and hall they can have a team that may finally be on the upswing.