Which NFL Head Coaching Vacancies Are The Most Attractive? 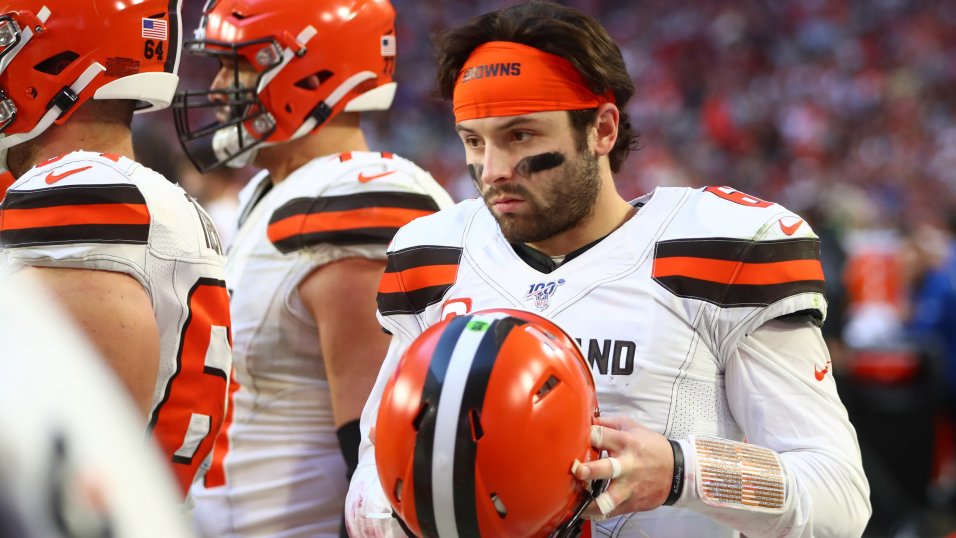 NEW YORK, N.Y.- Black Monday in the NFL came and went, with one of these least active days we’ve seen in recent time. Only one organization made a move as the New York Giants fired Pat Shurmur. Three other head coaching vacancies arose prior to Monday, as the Cleveland Browns fired Freddie Kitchens hours after the season ended while the Carolina Panthers and Washington Redskins made their firings during the season. In all, four head coach openings were available before the Redskins hired Ron Rivera as their head man on Tuesday morning. So with the Browns, Giants and Panthers still open, which is the most attractive situation?

Despite the dysfunction in the front office, the Browns are the most attractive job because of the talent on the roster. Stepping into either New York or Carolina is a rebuild situation while stepping into Cleveland is a ready to win situation. More than anything, the Browns need a leader as their head coach. Someone who can hold players accountable, lead from the front and create a culture that hasn’t existed in Cleveland in what feels like an eternity. The concern is the possible upheaval in the front office, as general manager John Dorsey’s job is possibly in jeopardy, although it seems like that decision could ultimately be made by the new head coach. If that’s the case, the new head coach either way will have a general manager who shares the same vision, which is key to putting a successful team out on the field.

The biggest priority is developing Baker Mayfield, who despite having a rough sophomore season has shown the ability to be the guy moving forward. The Browns won last offseason and built a tidal wave of hype heading into 2019 mostly because the players knew the talent they had. Players quit at the end of the year in part because they saw a loaded roster that was being wasted by incompetent coaching. Having a leader take charge, put players in positions to succeed and bring that 2018 second half swagger back will have the Browns on the up-and-up in 2020. This job has the highest ceiling and the quickest chance for success.

New owner David Tepper is ready to put his fingerprints all over this organization and guide Carolina under his vision. This started with the ousting of Rivera and could continue with the dismissal of franchise quarterback Cam Newton. Carolina is an interesting job because outside of Christian McCaffrey and Luke Kuechly, there isn’t much talent on the roster that stands out. The good news with that reality is the new head coach can shape the roster to his vision and pick his franchise quarterback. That is a luxury few head coaches are offered, as the other three openings this year all have young quarterbacks in place that the new coach will have to adopt.

Another bonus is the NFC South power structure. While the Saints are division champs yet again, Drew Brees isn’t getting any younger. The Buccaneers never established any sort of threat this decade and the Falcons are running it back with a head coach who’s gone 7-9 in consecutive seasons despite having a talented offense. The division, while currently ruled by the Saints, could be up for grabs in a few years, which is the perfect timetable for a new head coach to rebuild the roster, find his franchise quarterback and be in the perfect position to capitalize if the Saints have a downfall post Brees.

The Giants are an interesting situation. On the one hand, you have most of the pieces already set in place for future success as Daniel Jones showed signs he can be the guy moving forward, Saquon Barkley is a stud, Darius Slayton emerged as a reliable receiver and the offensive line flashed improvement. This should be enough for any candidate to jump at. Why the Giants are ranked third of the three teams is their decision to keep general manager Dave Gettleman. It’s been an interesting two years for Gettleman, who has made some nice draft picks in Jones, Slayton and a few defensive players yet struck out mightily in free agency. Trading Odell Beckham Jr. a few months after signing him to a contract extension is a massive black eye on his resume, not to mention to the other free agent misses like Nate Solder and trading for Alec Ogletree have not exactly worked out.

Entering a situation where the general manager is anything but secure is a tough ask for a head coach to accept, especially with how ownership seems divided on the direction of the team. The Giants have been one of the most stable franchises in the NFL, yet it’s been their instability the last few years that has made this job less desirable. There is a real possibility that a new general manager could take over next season, which automatically creates insecurity for the new head coach. This uncertainty moving forward is why the Giants are the least desirable head coach vacancy.