Which Has More Value?  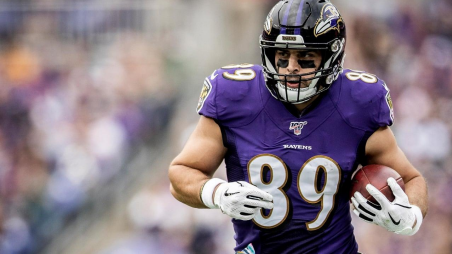 My first example of this is the Baltimore Ravens. Mark Andrews this year is statistically the best tight end in the league and on his team. Andrews this year had a total of 1361 receiving yards and nine touchdowns. He also averaged about 12.7 yards per catch which are 12th among tight ends, and led all tight ends in targets/receptions.

It’s also important to realize that Andrews played in a run-first offense and had to toggle between two quarterbacks. His fellow receivers were also all ranked statistically below the top 20 receivers. Marquise Brown was the only receiver on the stat sheet that barely cracked over a thousand yards, and it’s important to note that every receiver on the Ravens had less than double the amount Brown had this year. 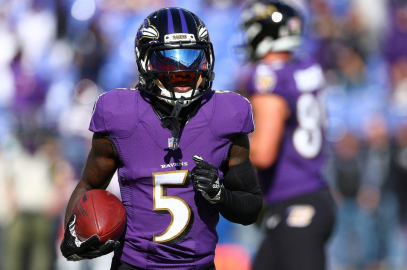 Photo by Todd Olszewski/Getty Images
With that in mind, the Ravens finished 8-9 and the bottom of the AFC North.

The Green Bay Packers are a perfect example of how an elite receiver can elevate the offense. Yes, they have Aaron Rodgers at quarterback, but even without him, the Packer’s offense can still succeed because they have that go-to man in the passing game with Davante Adams. Adams, this year was the fifth-best receiver in the league statistically. He had 1553 yards with 11 touchdowns. Everyone else had less than double the yards in that receiving core in a similar situation as the Ravens. The second-leading receiver in yards was Allen Lazard, with 553 receiving yards. Not to mention their tight end Robert Tonyan had 204 yards though he suffered an ACL tear this season. However, with Marcedes Lewis, it still doesn’t equate to the amount all three receivers put up this season on the packers. 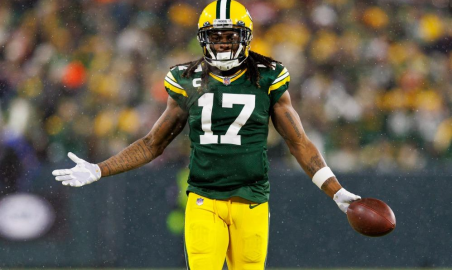 https://dolphinswire.usatoday.com/2022/02/27/dolphins-landing-spot-for-wr-davante-adams/
To further my point on how an elite tight end can be more valuable, they can be used in the run game. A prime example of how an offense strives from a blocking tight end is George Kittle. This year the San Francisco Forty-Niners ran way less than previous years; they still proved to be dominant, ranking in the top 10 in rushing yards with almost 500 attempts, which isn’t bad considering that the Titans lead the league in rushing attempts at 550.

George Kittle, however, is the most versatile tight end in the NFL, and truth be told, is the best blocking tight end to add to that. Most times than not, his run blocking creates success whether the ball is in Deebos hands or Elijah Mitchells.

https://www.nbcsports.com/bayarea/49ers/best-stats-facts-george-kittles-record-breaking-game 49ers-loss
Overall, much of the Niner’s success has come from Kittle being on the field alongside Deebo Samuel, Brandon Aiyuk, and more.

In conclusion, it all comes down to how the offense is run and who fits the personnel. You have successful teams with an elite tight end, and you have ones that achieve it.