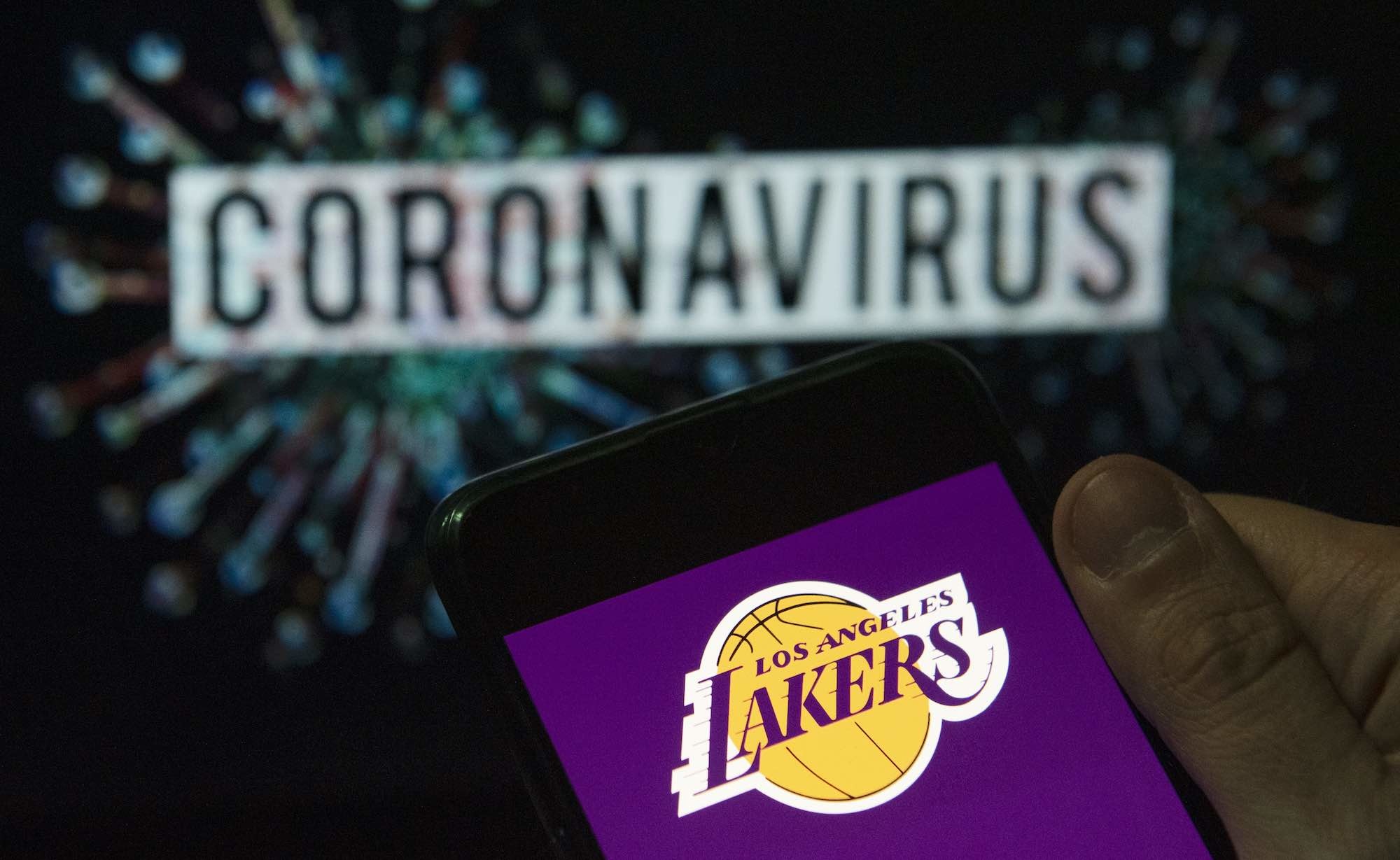 For those who aren’t aware, we are in a recession that has been fallen upon us by a combination of bad economic policy racing face first into a global pandemic. To debate this is nonsensical, because if you could? We wouldn’t be here where we are.

But explaining reality is only part of this article. Also, today we intend to educate. So let’s deal with reality and talk about how taxpayers expected a public fix based on the years and decades they’ve paid taxes into a system, with no thanks in return, while businesses saw the present disaster as an unmitigated cash grab.

The US Congress- the most powerful part of the government as per the US Constitution- decided when seeing unemployment numbers compete with the Great Depression, that maybe they should do something. Their response was the CARES Act.

The CARES Act gave leeway to personal finances like hardship loans on your retirement savings, or for colleges to tend to foreign students who for whatever reason had to live on campus, but its bulk was to allow small businesses- small meaning under 500 employees- to apply for loans from the government to keep their employees off of unemployment. These Small Business Association (SBA) loans would be forgiven if a company keep a benchmark number of employees on the books through a pandemic, and even offered small bonuses as an incentive for such to the employees. Solid plan, yes?

Many companies applied for loans made available via the almost unanimously passed CARES Act. The Federal Government “kicker” adding $600 a month to unemployment- doubling what you receive in states like New York- seemed a way for the Federal Government to apologize for wholly screwing up their “Worse Death Toll than the Vietnam war in only 3% of the time” response to COVID. For small companies that have budgets that are more quarterly or even month to month than multi million and multi billion dollar corporations, this seemed like a boon. Seemed.

Because when it came to these small business loans? Publicly traded companies like Shake Shack had their hands out for ten million dollars. And GOT PAID BEFORE YOUR LOCAL DELI. National franchise Ruth Chris Steakhouse? Took $20 million meant for people like the auto mechanic in your neighborhood. Trump hotels? Shockingly, a billionaire is eligible for a few bucks. Because he’s a “billionaire.” (https://www.propublica.org/article/trump-inc-hotels-do-appear-to-qualify-for-coronavirus-bailout-benefits)

Neither of these groups took something as insignificant as $20. They took millions. Multimillion dollar companies taking millions instead of dipping into their own coffers. Why? Because that way it wouldn’t cost THEM to support their workers. It would cost YOU.

Only when bad press hit these companies that they found the conscience of bad publicity and returned their money. To a program that didn’t have enough money to approve even half of the small businesses loan applications in the country. And then they immediately laid off workers- for example, the multimillion dollar company AutoNation. Because if you weren’t paying for their employees, why should the company?

Whereas I am not a regular customer of AutoNation, Shake Shack, or Ruth Chris, it’s safe to say that unless I get free food and cars for life for socializing their owners, I’ll never eat in their shit boxes or buy their overpriced lemons EVER. But I will make it my business to tell everyone how scumbagish their move was and is.

But truth be told, I can see why a million dollar fast food shitbox would want some free money. In the long run, will anyone give a shit about shake shack? There are 1000 better substitutes and Shake Shack will fold, so why not prolong the ride if someone else is paying for gas? And if you live in New York- ANYWHERE in New York- and go to a Ruth Chris Steakhouse, you’re a complete dipshit. I’d be willing to bet residents in any other state know a better place for a steak than Chris as well. ANY other state.

**I just randomly asked a neighbor that if he wanted a steak would he go to the nearest Ruth Chris, or somewhere else? He chose Cliff’s Elbow Room in Mattituck NY, a roughly 2 hour drive from his home. He said the marinated Porterhouse is legendary. Is anything in Ruth Chris legendary, save for the stories that they make up about quality and character?**

After public outcry about millionaires stealing millions- see stock market bailout– these companies gave the money back. That there was no oversight to how this money was distributed seems pretty criminal in itself, and I’m sort of sure why that was, but I’m pretty sure if I wanted my businesses…say, a hotel that I brand, to get free money I’d keep an arbitrator out of the process  https://www.propublica.org/article/trump-inc-hotels-do-appear-to-qualify-for-coronavirus-bailout-benefits

The Los Angeles Lakers decided that, despite being worth over $3 billion dollars, revenues were so tied up in giving individual players tens of millions of dollars that they needed about $5 million more to pay the guys that make popcorn and the valet parking people because, well, money was tight.

In an economy that basically is facing the second Great Depression- how we got here is an article not for a sports blog- for a $4 billion dollar franchise to take $4.6 million dollars is like Mike Tyson punching a 3rd grader for the change from his lunch money.

IT IS FUCKING DISGUSTING.

You may be wondering how the Lakers qualified for ANY money from the SBA. I know I was. Apparently they are a company that employs less than 500 people. According to the Lakers themselves, they employ about 300 full time and part time workers. That’s a per capita worth as an organization of $13,333,333 per person. So…that $4.6 million pays for the per capita worth of less than one half of an employee. And no, they don’t pay their ticket takers that much. It probably went to subsidize LeBron’s ego after missing the playoffs last year without an all-star cast to carry him. Did Larry Bird or Magic Johnson ever miss the playoffs?

More to the point, the Lakers just didn’t want to pay the people you don’t see on TV, but they wanted you to. Again, FUCKING DISGUSTING.

Of course when caught, the Lakers gave the money back. I wish these same standards went for something more exciting, like a bank robbery. “Oh, you caught us! What silly fools we are. Keep the money, and we’ll try again next week. Why face a punishment in court for this?”

Fact is, every company that looked to steal taxpayer money should have taxpayers pissed off, and should have prosecutors filing criminal charges. But they won’t, because it wouldn’t fit the marching orders that they and we have been fed.

At this point, some folks may be feeling bad for that multimillion dollar company or multibillion dollar franchise for getting caught with their fingers in the taxpayer cookie jar, because economic growth or some other uninformed myth. At this point, they’ll even rear their anti-intellectual heads and blame colleges for being greedy, too. Shitty schools like…Harvard. So check out this Editor’s note:

*Editors note- you may be reading this yelling “What about Harvard?” at the screen. So I wanted to point out three inconvenient realities to people too willfully uneducated to recognize research funds are different than foreign borrowed payroll funds to artificially prop stock prices up:

Normally these articles are more sports driven than from an economic point of view. Unfortunately, sports and economics are pretty much married right now, maybe more then ever. But it all swings back to this simple question:

How is a multibillion dollar company like the LA Lakers a small business?

And how are you not questioning their access to funds before your neighborhood bar? Please explain what a downtown main street global brand is for me, thanks.

And if you believe that the Lakers are in the exact same financial boat as the local diner? I have a bridge in Brooklyn that you want to get in on. The LA Lakers aren’t Main Street. In reality, they don’t even have a lake. Maybe consider a name change before taking the money? Like the Los Angeles Bank Robbers? LA Scumbags? LASsholes??

Your local major league sports team is not a small business. They have an international industry with federal monopoly protections. That such provisions were created to let billionaires take $1 million from a small company with 450 workers is horrific. Or to let fake billionaires take free tax money from Mom and Pop businesses? Fucking disgusting. Even the New York Mets- who run a poor house franchise- didn’t ask for free cash. That itself is a statement on how horrible these companies were in stealing from taxpayers. So the next time you think about spending your dollars on some national or international brand, ask yourself this- “Did they take money from me?” If the answer is yes, spend your money somewhere else. Those companies certainly aren’t charities, and shame on them for trying to screw over their fans.