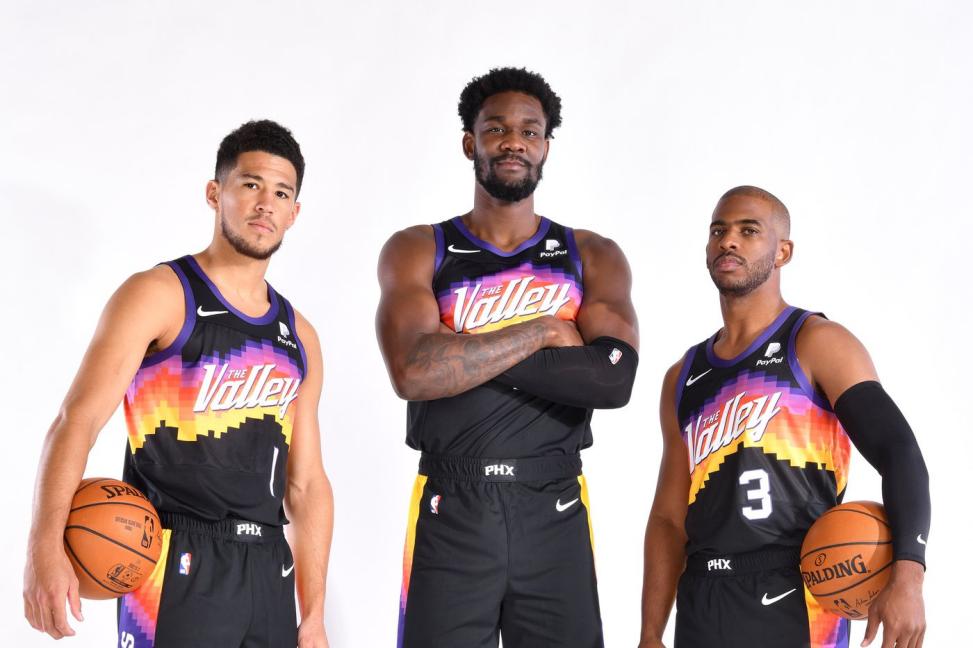 After my previous article, I ended on a cliffhanger ready to discuss the reasons the Suns blew it instead of the Bucks turning on the class. Yes, I said blew it because after taking a 2-0 lead, Phoenix should not have gotten “sun-burnt” for the other 4 games of the NBA Finals!

The Suns had a 2-0 lead leaving Arizona and entering the deer’s cage in Wisconsin. After they were blown out by 20 points in game 3 heads sunk and morale dropped after such a humiliating defeat. They picked themselves up, dusted themselves off, and blew a 6 point lead after the 3rd quarter to be defeated 109-103 with Khris Middleton putting up 40 points.

Now we all know that Giannis scored 42 and 50 in games 5 and six respectively, but that is not what should take the highlights; Devin Booker’s inept defending should. Yeah, he did score back-to-back 40 point games, however, his defending or lack-there-of was what ultimately costed the Suns. Booker was tasked with guarding his opposite number Jrue Holiday and it was the latter who was more successful. Holiday held the 24-year-old to 0-7 from 3 point range in the decisive game six.

Speaking about Holiday, he was the key to the Bucks breaking their 50-year drought for an NBA title. Everyone with eyes could see that a more composed and defensive guard was needed to help Giannis and Middleton to get over the hump. Jrue came in from the Pelicans in 2020 and signed a 4 year, $134 million contract extension with Milwaukee after their win against the Sacramento Kings and is viable if he exercises his 5th-year option in his current contract that they took on from the Pelicans. Don’t get me wrong I believe, no I know, that Jrue Holiday is one of if not the best defensive guard in the NBA, but his performances against Brooklyn were all but worth every penny and I was one to question the decision. 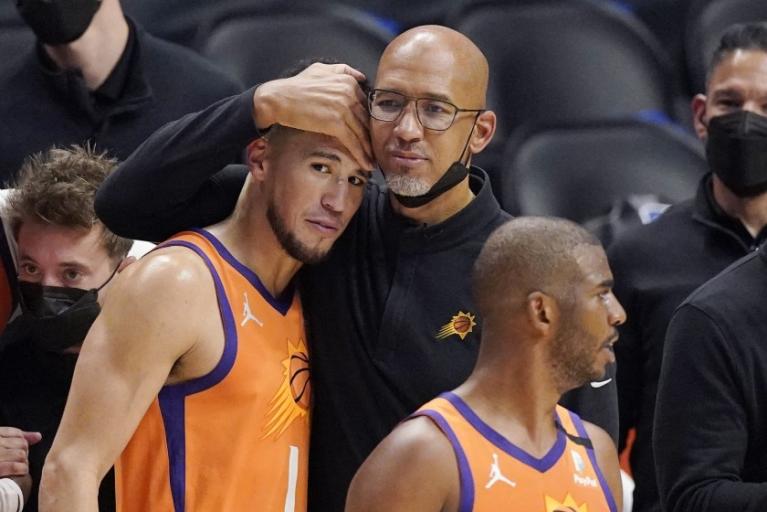 Monty Williams consoling Devin Booker (Mark J. Terrill/Associated Press)
Back to my original point of this follow-up, what went wrong was the mentality, the desire, and the fight. Monty Williams lost to Mike Budenholzer who in my opinion is the most overrated coach in the NBA behind Frank Vogel of course. The Suns were indisciplined as well as Crowder and Bridges were constantly in foul trouble through games 3-6 costing the team valuable points in those games. Monty, who I thought was a bit over his depth going into the finals is 0-3 when his teams are facing the eight ball. That record cannot build morale in a championship-chasing dressing room. This also leaves a heap of unanswered questions which would have been answered if the Suns would’ve won.

Will Ayton get his max extension? The Bahamian was the 2nd best Centre in the playoffs baring Joel Embiid even though it was his first-ever appearance, and who could forget that last-second slam against the Clippers in game two of the conference finals. It would be in the Suns’ best interest to keep this superstar with Devin Booker to build a legacy for the future. And the contract situation, with Chris Paul, Mikal Bridges, and Cameron Payne just to name a few out of a contract, what will the Phoenix team look like for the upcoming season? All that is definitive is Booker will be there and they would want to remain competitive for many years to come.