Tua is Good, But We Overrated Him 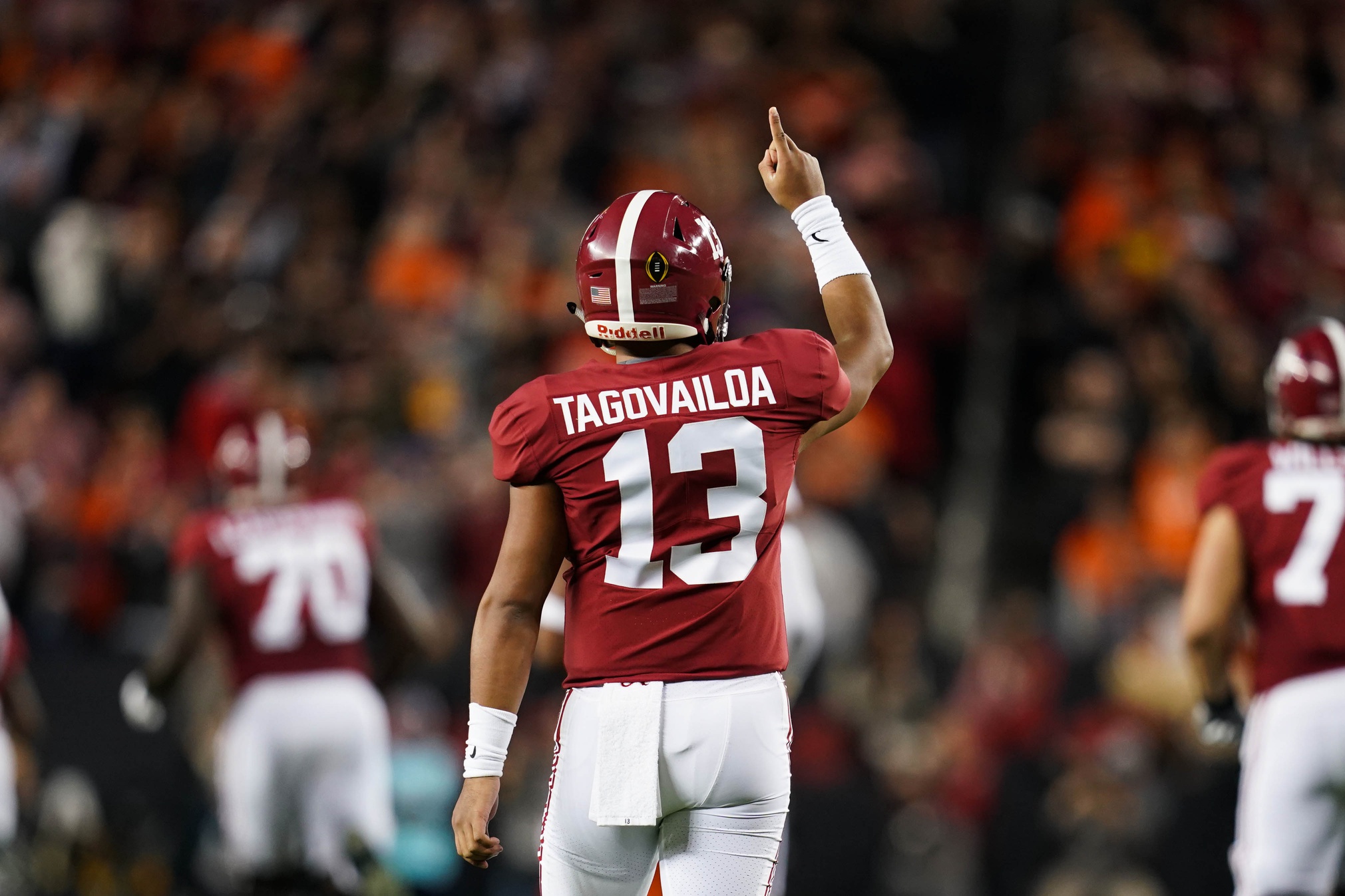 If you listen to, “The Haystack,” you understand that young quarterbacks are a huge focus of my show. The process in which quarterbacks develop and blossom into franchise players fascinates me. It’s for this reason why I talk about the NFL Draft all year. People are constantly thinking about it even when the regular season is underway. Fans want to know what collegiate players are soon arriving to improve their teams.

Obviously, the players that get the most traffic are quarterbacks. These are the guys that change your franchise. It’s the only position where the average player gets drafted higher than the superstar player at another position.

Alabama quarterback, Tua Tagovailoa, was the consensus number one overall player at his position before the injury and he has been since the conclusion of this past year’s draft. The question is if it’s warranted. My answer? No. Tua Tagovailoa is not the best quarterback in this draft. In fact, I think he’s third. Joe Burrow out of LSU and Justin Herbert out of Oregon deserve to be ahead of him at this point. Granted, I still believe that he is a future franchise quarterback and a good one, but I don’t see the, “special,” that some claim to see.

The first concern I have is the injury factor. It’s not as much about the most recent injury, it’s about the series of injuries. In March 2018, he threw a pass and on the follow through, he hit an offensive lineman and broke his index finger which required surgery. In October 2018, Tua suffered a knee sprain prior to a game against Missouri which did not hold him out for any time.

In November 2018, Tagovailoa suffered a left quad injury that caused him to be pulled from a game against Mississippi State. Only one month later, he would endure an ankle injury after an offensive lineman stumbled over his ankle. That injury required a TightRope procedure and sidelined Tua for about a month until the College Football Playoff. 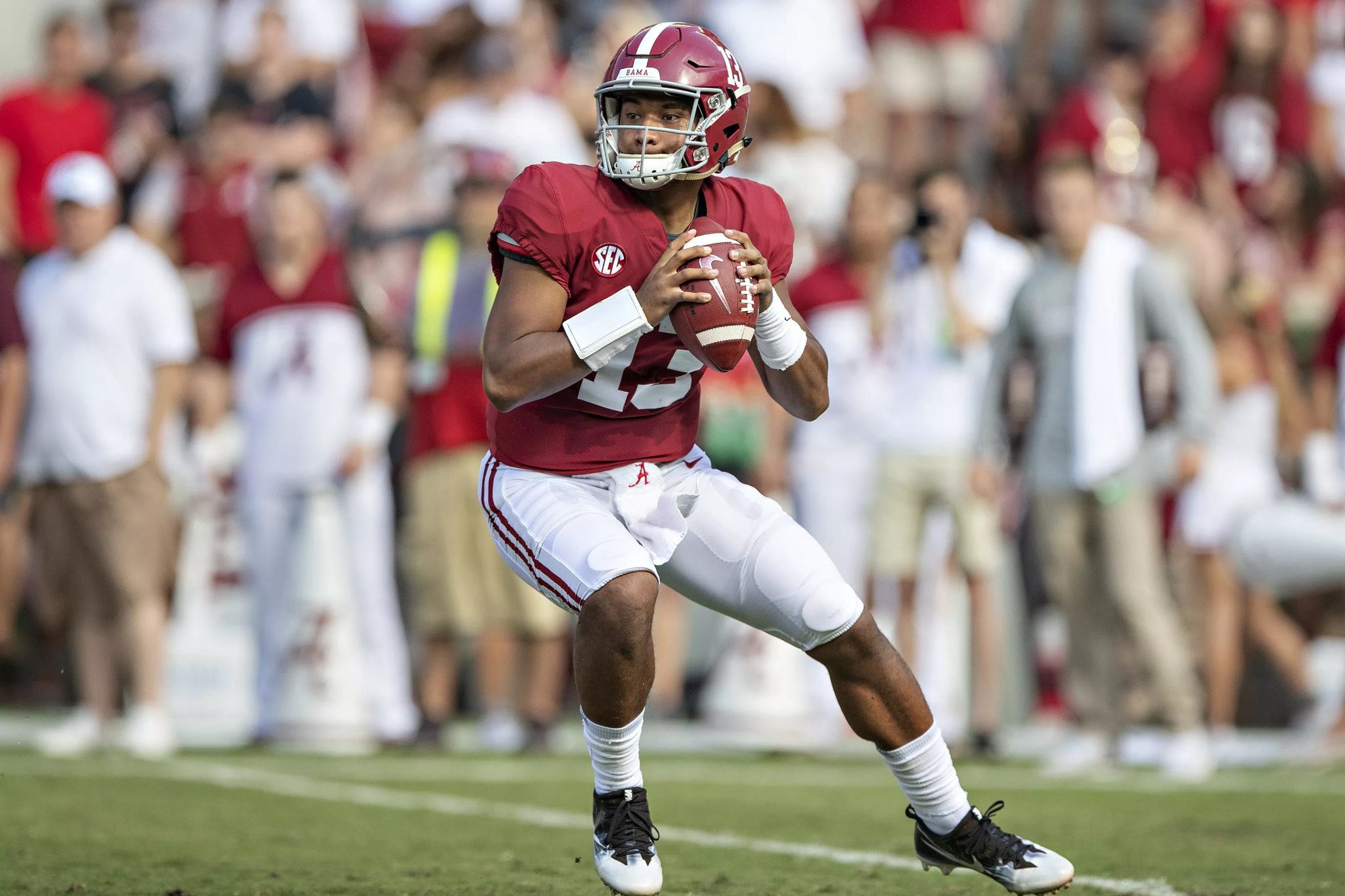 Earlier this year, the ankle injury woes came back as he suffered a high ankle sprain and needed to go under another TightRope procedure. His most recent injury is a dislocated hip and posterior wall fracture that he suffered against Mississippi State where he is expected to miss up to three months. People have to keep in mind that when NFL teams are investing high end draft picks on players, they want to make sure that they are taking as little risk as possible, especially with quarterbacks. This series of injuries could potentially lower his draft stock.

However, injuries are not the only thing keeping him from the number one praise. When evaluating quarterbacks, you commonly look for traits rather than production. College numbers and wins matter, but if the qualities are there, most scouts can look past the lack of production. This year’s class has seven quarterbacks that could find themselves being selected in the first round. Tua, Burrow, Herbert, Georgia’s Jake Fromm, Washington’s Jacob Eason, Utah State’s Jordan Love, and Oklahoma’s Jalen Hurts. When breaking down the different traits of quarterbacks and assigning who has the best of that particular trait, you will come to find that Tagovailoa does not have any.

When you’re talking about arm strength, Jacob Eason is the one known for his ability to throw the ball through a brick wall. As far as accuracy is concerned, though Tua has great accuracy, Joe Burrow has been historically precise this season completing almost 80% of his throws and revitalizing the LSU offense. Size and athleticism go to Justin Herbert. Football IQ and decision making goes to Jake Fromm. Mobility goes to Jalen Hurts. Throwing on the run and making plays out of nothing goes to Jordan Love. Tua Tagovailoa is the only player left without a defining quality.

The upside to Tua Tagovailoa is that he doesn’t have a true weakness. He possesses all of these attributes, but none of them are elite. I feel like I have been waiting for Tua to show me something that stands out about his game, but I simply haven’t gotten it. I come away with the impression him being a good all-around quarterback.

Also, keep this in mind, Alabama’s wide receivers, Jerry Jeudy, Henry Ruggs, and DeVonta Smith may all go in the first two rounds of this draft as well. His running back, Najee Harris, will also get drafted later in the draft. So Tua’s surroundings far surpass anyone else’s in this class so that may contribute to the level of success Tua has had in his college career.

I am not sour on Tua Tagovailoa. He is a great talent and a great prospect. I truly believe that barring health, he will be a legitimate franchise quarterback at the next level. However, I also think that calling him the number one quarterback in the draft at this point is extreme. I will add that Tua would be the number one quarterback in virtually any other class from other years so that goes to show you how strong this class is. Tua Tagovailoa has a bright future in the NFL, but let’s not blow his ceiling out of proportion. He’s great; not special. 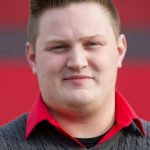