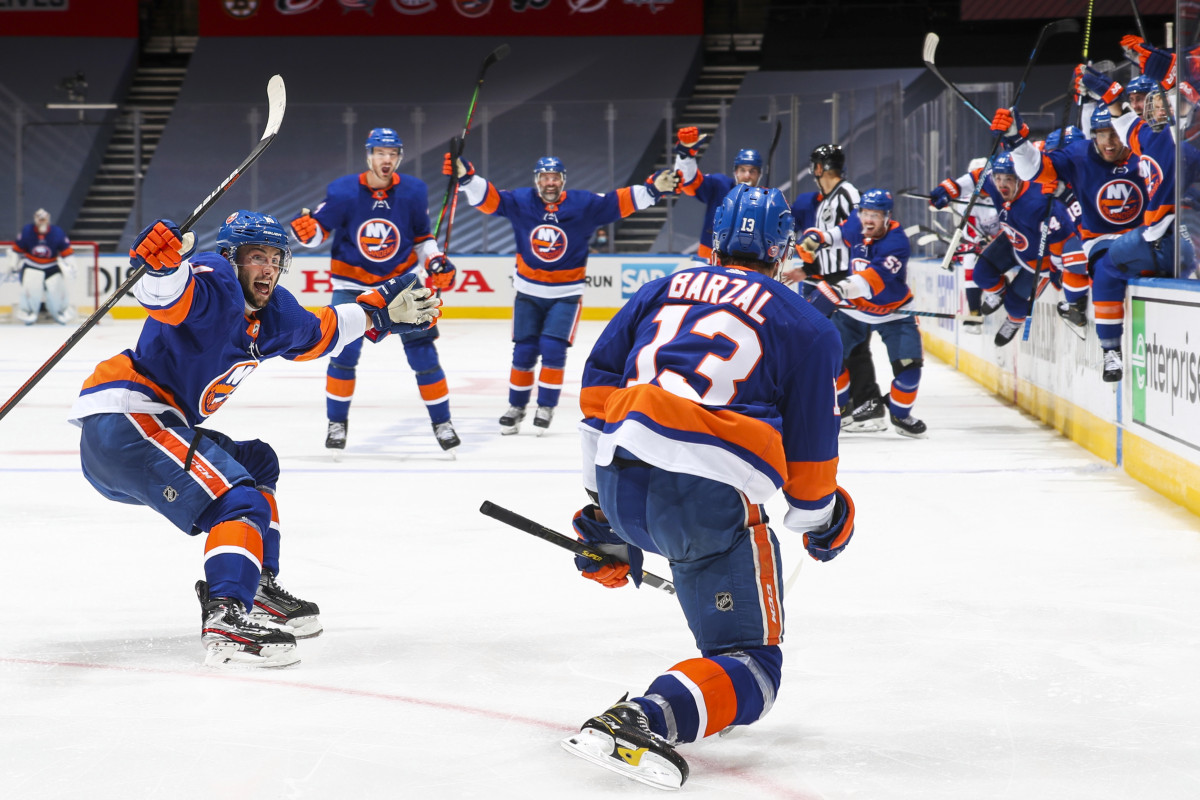 Here are the top five moments

Islanders Strength is Even – Mathew Barzal’s first postseason OT goal helped the Islanders take a 3-0 series lead on Washington. Despite going 1-14 on the power play this series, New York’s outscored the Capitals 10-2 when playing even.

Blues Get Back In Series – After losing their first two games against Vancouver, the defending champions won Game 3 on Brayden Schenn’s first playoff OT goal. The Blues are trying to become the third defending champion to rally down two games to none to win in the Opening Round.

Flyers Return Shutout – After Carey Price blanked the Flyers in Game 2, 5-0, Carter Hart returned the favor in Game 3. Hart stopped 23 shots in the Flyers 1-0 victory to take a 2-1 series lead over the Canadiens.

Hawks Stay Alive – Corey Crawford made 48 saves (the most in a non-OT playoff game in his career) to help the Blackhawks stave off elimination against Vegas.