TOM BRADY IN TAMPA WILL BE FUN, BUT WILL THEY WIN? 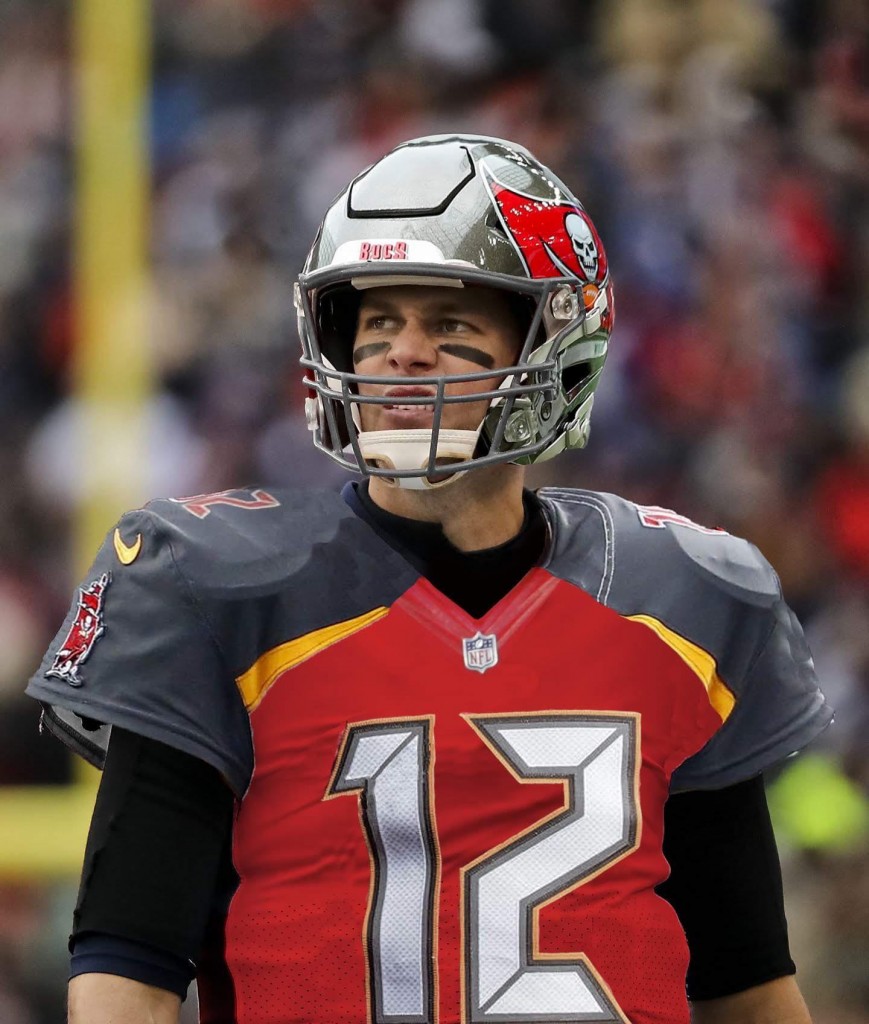 NEW YORK, N.Y.- After months of speculation, Tom Brady made it official on Tuesday morning that his time in New England was done and he would play elsewhere in 2020. The Buccaneers seemed to come out of the shadows and land Brady’s services. The six-time Super Bowl champion taking his talents to Tampa should provide for some high-octane offensive play. While the highlights should be abundant, Brady didn’t sign with the Bucs to only throw touchdown passes and have a good time. His goal of winning hasn’t changed, and he wouldn’t have signed up if he didn’t believe the team that went 7-9 last year were just a few pieces away from being legitimate contenders in a deep NFC. Will Brady be right?

Before we look ahead at what could be in 2020, we must first look back at 2019 to try and figure out what led to the Patriots offense becoming pedestrian, especially in the second half. The final eight games of the regular season, New England averaged just over 21 points per game, compared to 31 points per game they average in the first half of the season. While it’s easy to point to the trigger man as the main reason for the two score drop off, it goes deeper than that. The Patriots offensive system, guided by offensive coordinator Josh McDaniels, is predicated on reading the defense and adjusting routes based on what they see. Reading the defense doesn’t just start and stop at the quarterback position though. It extends to the running backs, tight ends and wide receivers. Everyone has to be on the same page and the timing must be exact, or else the entire play is thrown off.

The rotating cast at the skill positions, which saw first round pick N’Keal Harry miss the first nine games of the season, Mohamed Sanu traded for halfway through the year and an extra reliance on rookie Jakobi Meyers, not to mention both Antonio Brown and Josh Gordon coming in and then going out, Brady wasn’t able to trust his targets. The lack of trust stemmed from not being on the same page, which led to bad throws and a stagnant offense. Last year wasn’t a hint that Father Time is finally catching up to the ageless wonder, but instead a reassurance that Brady can no longer make chicken salad out of, well, you know.

Looking ahead now to the upcoming season, the new toys Brady has at his disposal jump right off the page. Tampa boasts arguably the best wide receiver tandem in the league, as Chris Godwin and Mike Evans both surpassed 1,100 receiving yards last season. Brady hasn’t had two players both go over 1,100 yards in the same season since 2011, when Wes Welker and Rob Gronkowski combined for 2,896 yards. On top of those two on the outside, the future Hall of Famer also has two solid tight end options in Cameron Brate and OJ Howard. While there’s still work that has to be done at the running back position, this is already shaping up to be one of the best supporting casts ever assembled around the soon to be 43-year-old.

Brady also gets the pleasure of working with pass-happy head coach Bruce Arians, whose aggressive mindset allowed former Buccaneers quarterback Jameis Winston to create the infamous 30-touchdown, interception club. Arians worked his magic with the likes of Ben Roethlisberger, Andrew Luck and Carson Palmer, so it will be intriguing to see what he can do with an all-time great chasing his seventh Super Bowl victory. The biggest question mark with this new marriage is how Brady, who is known more as an underneath to intermediate passer, will integrate into the vertical passing system that Arians runs.

The Buccaneers upcoming 2020 schedule also adds to the fun, as there are a few very sexy matchups that are sure to put Tampa Bay in primetime more than they’ve ever been. The former Patriot (still so weird to write) will go against his former defensive coordinator in Matt Patricia, battle Drew Brees twice and gets a shot against the only other team that made an offer for his services in the Los Angeles Chargers. There are also some awesome quarterback matchups slated for the 101st NFL season, as the Michigan alum will take on Aaron Rodgers, Kirk Cousins and Patrick Mahomes. These games will bring the most eyes and attention that have been on this franchise since their 2002 Super Bowl season.

While the weapons, head coach and schedule present some great opportunities for fireworks this upcoming season, the main question surrounding this team is whether they will be legitimate contenders not just in the conference, but in their own division. The Falcons are gearing up offensively to match the firepower of Tampa Bay, signing Todd Gurley to add to the collection of talent they possess that includes Julio Jones, Calvin Ridley, Hayden Hurst and Matt Ryan. The Saints return Drew Brees and most of the weapons that helped power New Orleans to a 13-3 record. Both of those teams already pose bigger threats than most of the competition the Patriots have rolled over in the AFC East for the last 20 years. The Panthers don’t appear to be a pushover either, as the signing of Teddy Bridgewater will keep them competitive in 2020.

Outside of just a more challenging division, the NFC poses a deeper road to the Super Bowl than the AFC. Before the breakthrough of the Chiefs this past year, the Patriots controlled the conference for two decades, going to 13 AFC Conference Championship games in that span. While Brady navigated the AFC littered with young, up-and-coming gunslingers, the NFC is filled with established, championship-winning signal callers. Standing in the way of a seventh Lombardi Trophy are the likes of Russell Wilson, Aaron Rodgers and Drew Brees.

In addition to those star quarterbacks, the NFC also boasts the defending conference champion in a young and physical 49ers team, the Vikings, who pulled off an impressive playoff upset over the Saints, a talent loaded Cowboys team that is armed with a head coach who doesn’t specialize in clapping and the Eagles, who barring catastrophic injuries, will be a tough out.

While the road may be tough, there is promise that the Buccaneers can turn it around from a losing season to right in the thick of it this year. Ironically enough, it’s on the defensive end where the Brady signing could show the biggest dividends. Last year, Tampa Bay’s defense, especially their secondary, struggle mightily. But was is truly all their fault? The answer lies on the other side of the ball. In 2019, the defense was credited with allowing 449 points, which was the fourth most in the league. Part of that was due in part to Winston’s record setting seven pick-sixes thrown that directly added 49 points to their total points allowed tally. You take away those 49 points and while it’s still not pretty, it’s improvement as they move from fourth to 10th worst in total points allowed.

That’s not where the optimism for a defensive turnaround in 2020 ends. Of the 23 interceptions thrown by the former number one overall pick that weren’t returned for touchdowns, 16 occurred in the Buccaneers’ own end of the field, putting the defense in a tough spot to succeed. The overall efficiency numbers reflect the notion that the defense, led by defensive coordinator Todd Bowles, was a lot better than the scoreboard indicated. According to Football Outsiders, Tampa Bay was fifth in defensive DVOA, which is a collection of data that measures the overall efficiency of the unit. So, despite the Buccaneers struggling statistically, the simple addition of Brady and subtraction of Winston should automatically give them a boost.

The path to a 10th Super Bowl appearance seems as tough as it’s ever been for Brady. The positive is that despite is age, he’s insulated with a supporting cast that can pick up him in a way the 2019 Patriots couldn’t. Barring injuries, it’s tough to bet against the man who’s only known winning his entire career. The playoffs are very attainable, and frankly expected, especially with the addition of an extra wild card team. 2020 will be simultaneously both the same and different. It will take some getting used to seeing the Boston icon wearing the pewter and red. The quest though, remains the same and the final destination is a familiar one, as Raymond James Stadium will host the upcoming Super Bowl. The end goal of raising that Lombardi Trophy doesn’t change, but for once, the journey will be a fun one.