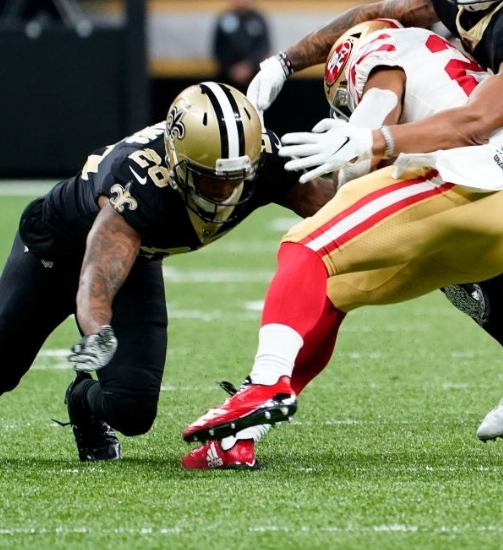 This Sunday’s New Orleans Saints vs San Francisco Forty Niners game was an epic battle of two great teams. Both had a lot at stake fighting for the #1 seed in the playoffs. The game was immediately impacted by an illegal hit on the Saints star tight end Jared Cook which resulted in a game ending concussion. While this was a huge loss, Drew Brees and the Saints kept attacking. They held the lead of 13 points in the first half but they definitely felt the loss of Cook.

Coaches Sean Payton and Kyle Shanahan had to go deep into their playbooks in this game. Punch for punch, every penalty or non penatly call was vital to the outcome. The game changing play call by Payton of a fake punt to QB Taysom Hill will be long talked about after this season ends. Hill quickly received the fake punt and threw down field to Tre’Quan Smith. As soon as the Niners defensive back, Tarvarius Moore saw the pass, he held Smith for a good 15 yards. While Smith went up to catch the pass, Moore completely kept his back turned. This was not only clearly a defensive pass interference but knocking him out of bounds before the ball could be caught.

Most fans did not know the league rule that pass interference can not be called on a fake punt play. But what can be called is a holding prior to the pass interference which happened for the better part of the whole play. That’s exactly what we saw Sean Payton screaming about on the sidelines. Since holding is not reviewable, the ruling on the field stands and therefor a holding call that would’ve given the Saints a first down, turned the ball over to the Niners with great field position. Unfortunately, this is not the first or second time the Saints have been the victim of horrible missed calls. In fact it well known in the NFL that the new offensive pass interference rule is directly related to the missed call in last years Saints vs Rams NFC Championship game. 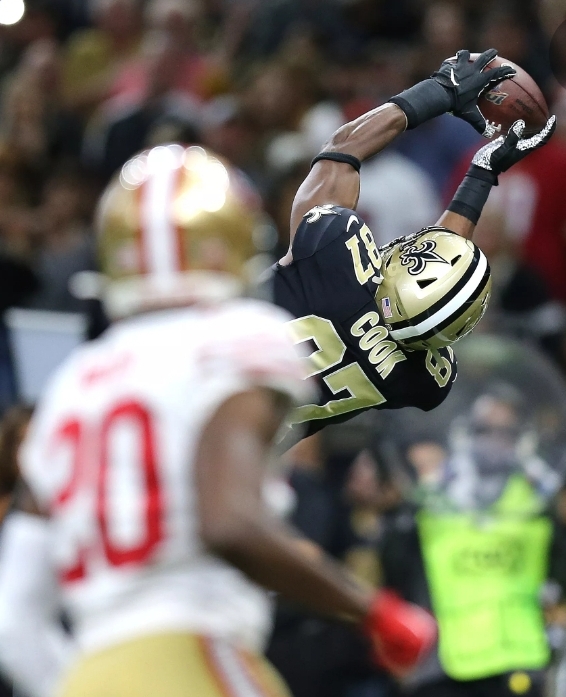 Expect that this fake punt rule in particular be scrutinized in the off season as it really is quite ridiculous. Especially that Offensive interference can still be called on the play. This is just another example of ridiculous rules and simple unreviewable missed calls that can change the momentum and outcome of critical games.

Elsewhere in the league, the New England Patriots faced referee challenges of their own in their face off with the Kansas City Chiefs. While the Patriots are on the hot seat again for what could be SpyGate 2.0, it does not justify the game-blowing officiating on Sunday.

At the end of the third quarter, with 5 seconds left, Devin McCourty knocked the ball from Kelce’s hands after the pass was completed. Stephon Gilmore recovered what appeared to be a legitimate fumble and took off downfield to what would have surely been a touchdown. The play was blown dead by head Official Jerome Boger’s staff. Bill Belichick was forced to challenge the play. The Patriots ultimately kicked a field after losing crucial time (and 4 extra points) on the drive.

To add insult to injury, shortly after the Patriots’ N’Kneal Harry scores a touchdown diving for the pilon but was ruled out of bounds on the sideline before he reached the goal line. The clock was at 13:22 so it was not an automatic review and the Patriots were now out of challenges. Harry was a good 2 inches in bounds of the sideline and every camera angle proved it. The ruling on the field stood in this situation and once again the NE Patriots were robbed of a game changing score. Three plays later they had to settle for yet another field goal due to the referees ineptitude. The score was now 23-16.

They say third times a charm but in this case, third time put the nail in the coffin for the Pats. 3:31 left in the 4th quarter and because of Patriots stealth defense, their chance of winning was still alive and well. On third and 6 at the Chiefs 29 yard line, Brady fires a pass to Dorsett while Chiefs cornerback, Kendall Fuller initiated contact before the ball was caught. This wasn’t just pass interference, some would liken it to a full on “Holiday Hug.” Once again Bill Belichick’s hands were tied as he was out of challenges.

These are just two team examples of the inconsistent and downright atrocious play calling we have been seeing in recent years. Obviously officiating will never be perfect since there will always be a human element to the game. But some serious talks need to be had regarding new rules, old rules and keeping the calls consistent thruout the league. As well, the NFL needs to take a long hard look at whether they have the “best of the best” officials calling these games. Fans can deal with being outperformed or beaten by a better team but having to beat the Refs is absolutely unacceptable.