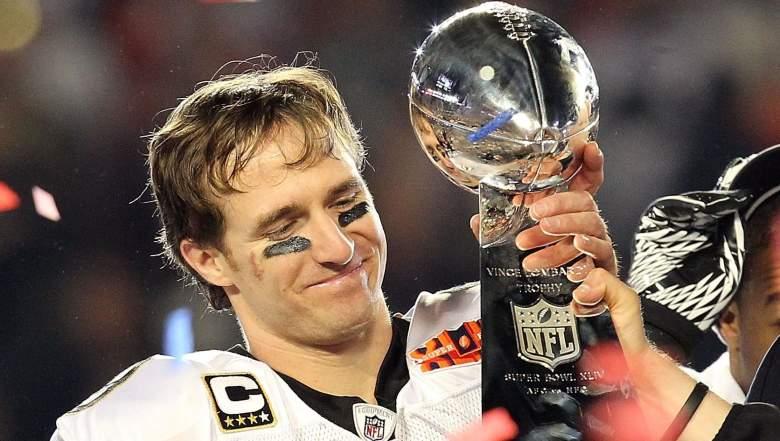 It’s often mentioned how the National Football League, is now centered around the Quarterback and how having a franchise QB will lift the team from the depths of hell to storied success unmatched by the likes of anything we’ve ever seen. I personally believe Defense will win you championships, but there is no denying that the new shiny toy is a franchise QB. Look at the talent the past several years. Tom Brady, Brett Farve, Peyton Manning, Aaron Rodgers, Ben Roethlisberger, Russell Wilson and Andrew Luck. Now we have young faces such as Patrick Mahomes, Carson Wentz, Deshaun Watson, Lamar Jackson and Jared Geoff being the next phase of QB. But through all of these names I have left one off intentionally to see if we get the same reaction. Everyone take a second to read the list again…you probably didn’t but that’s fine…the name off the list I left off intentionally because he alone has changed not one or two but three franchises. Forever. This man? Drafted out of Purdue in the 2nd round…this man is Drew Brees. Hopefully you had one of two reactions, 1 “Oh Yeah” ( to which I must say “HOW”) or two “Dummy Drew Brees only played for 2 teams” to which I respond yes!! You’re 110% right. Drew Brees drafted by then San Diego, now Los Angeles Chargers, and then signed with the New Orleans Saints but the 3rd Franchise maybe not as well known is the Miami Dolphins. And the backstory behind this was a lot to do with Chargers QB and future HOFer Phillip Rivers.

To no fault of Rivers he was a first round draft pick, traded for #1 overall pick Eli Manning, from the New York Giants. Rivers sat his rookie year behind Brees and fan favorite Doug Floutie. Then Head Coach of the Chargers Marty Schottenheimer and General Manager A.J Smith were at war on who should start. Smith in the corner of new and young Phillip Rivers. Schottenheimer in favor of reliable Brees. Brees went on to win 9 games in 2005. In week 17 of a game that meant nothing to the Chargers they would proceed to play Brees where he would injure his shoulder on the final game of the year. Leaving his career and the NFL in limbo. Was Rivers going to be the right choice? Was Rivers the safer option? The Chargers had pieces in place. Rivers first full season under center the team went on to go 14-2. Large part to Hall of Fame running back Ladainian Tomlinson having possible the greatest season ever for a running back.

But would lose their first playoff game. Ending the Schottenheimer era. And bringing the Norv Turner era to a start. Under Rivers the Chargers have gone as of the writing 122-98 in games he’s played. He’s thrown 58.090 yards 391 Touchdowns to a 193 interceptions with a rating of 95.1. He’s had 27 4th quarter comebacks, and 32 game winning drives. He’s also made 8 pro bowls.

In a conference that has Peyton Manning Tom Brady and Big Ben that’s impressive. Great numbers. Brees during this span however has Rivers beat in all these stats. And you have to wonder more importantly if maybe the Chargers regret drafting Rivers. No fault of his own. But keeping Brees, LT with Schottenheimer and drafting future no doubt Hall of Famer Larry Fitzgerald or Phenomenal Safety Sean Taylor would have the Chargers with a future Super Bowl Trophies in their display case instead of relocating to Los Angeles with nothing to brag about. The Chargers however are not the worst offender.

The most serious violation was committed by the Miami Dolphins. An organization known for being manic and poorly run. Seemed like they had found their marbles in the offseason of 2005. They had flown Drew Brees down and seemed as if they were going to sign Brees until they saw something in his physical they didn’t like. The reason I say they receive the most blame for not signing Brees. Everyone passed on Brees once in the 2001 draft before the 32nd overall pick was selected. However the reason they passed on Brees was well very Dolphin like. They wanted touted corner Jamar Fletcher, ended up playing 3 seasons in Miami. And they also did not think Brees was a significant upgrade over Jay Fiedler. And the biggest reason was former coach Dave Wannstedt wanted QB Josh Heupel. And they believed he would be available much later in the draft. Which he was and was taken in the 6th round. Heupel was a Heisman runner up from Oklahoma. Dolphins then VP Rick Spielman before the draft said “at least 3 people on our staff have seen every snap in his career.” Spielman would tell the Miami Herald after the draft “We thought Drew would be an upgrade over Jay.” “But we don’t think he is that much better. We feel good about Jay. Plus we think we really upgraded our secondary with Jamar.” And again this is why they are the Dolphins. Here’s the list of QB’s Miami has had since Brees went on to sign in New Orleans. Ready.. Dante Culpepper, Trent Green, Chad Pennington, Chad Henne, Matt Moore, Ryan Tannehill, Jay Cutler and now Ryan Fitzpatrick. Miami is currently “Tanking for Tua” however you have to wonder with past QB evaluations are the Dolphins going to pick the right one? It’s been a long time since they drafted Dan Marino. And Miami fans certainly would have loved Drew Brees leading the fins. Not only that but this move most likely keeps Nick Saban in Miami instead of going to Alabama and starting a dynasty. So we could have had 10+ years of Belichick and Brady against Saban and Brees. Selfishly I must admit writing this makes me angry. Damn you Dolphins! Damn you!! Not to mention your team record during this time is a disheartening 93-131. Yay! Miami!

Obviously we know who ended up with Brees and how it’s working out. Drew Brees paired up with Sean Payton and Tom Benson and rejuvenated the city of New Orleans. Reggie Bush, Marques Colston, Jimmy Graham all benefited playing alongside #9. Brees and Payton have gone 130-82 together. Brees has thrown for 63,880 yards and counting. 452 touchdowns to 184 ints. That gives him a rating of 100.7 30 4th Quarter comebacks and 41 game winning drives. He’s gone to 11 pro bowls, 1 all pro and 1 super bowl championship. Brees is now the league leader in passing yards all-time. He also has several additional records. Most 5,000 yard seasons (2008, 2011-2013, 2016). Most consecutive 4,000 seasons (2006-2017). Also has the best completion percentage all time (67.3) and for a season (74.4). More amazingly Brees has 5 of the top 6 best completion percentages of all time! Safe to say Nick Saban, Miami, and maybe the Chargers regret not signing the Boilermaker. However Brees did end up in New Orleans, and it’s been a fun ride, one that will end with him and Sean Payton together, not just in NOLA, but also in Canton, Ohio. The NFL Hall of Fame. Not bad for a guy who had obstacle after obstacle in his way. Guess you can say his career has been, oh I don’t know. Maybe? A Brees. 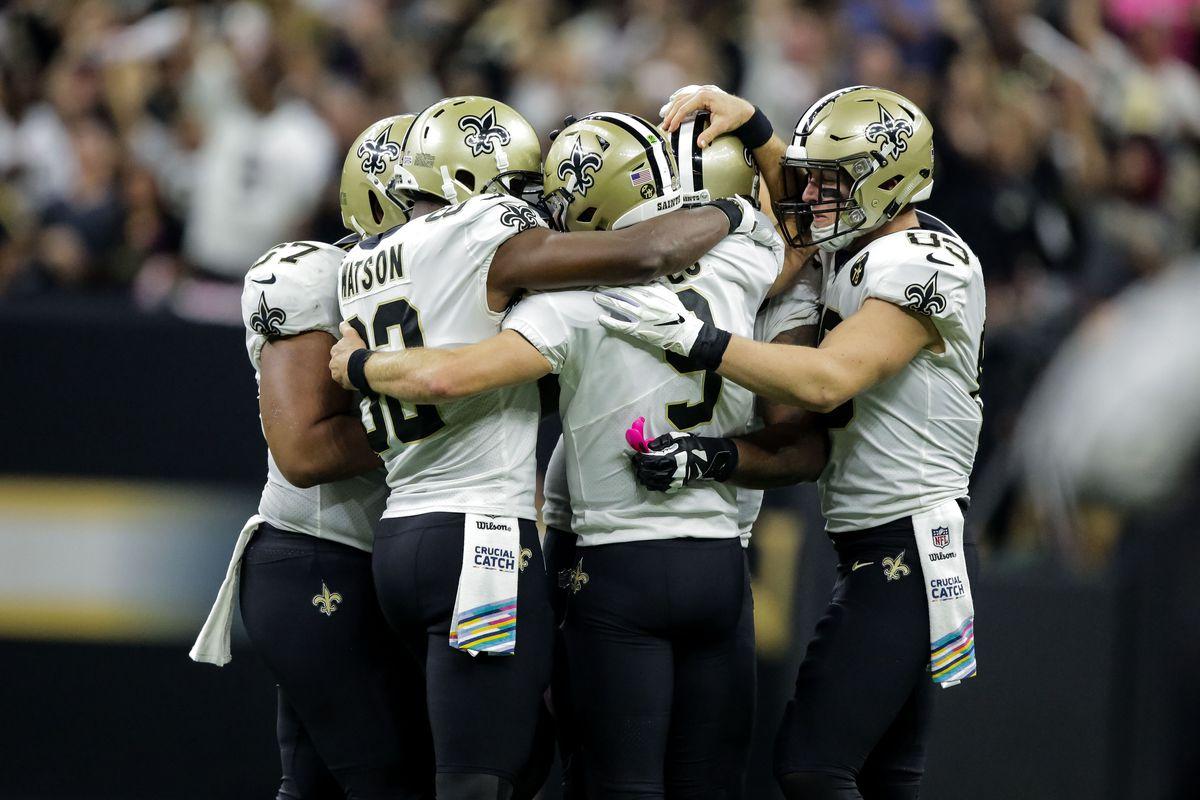 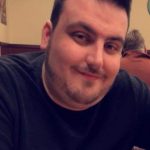