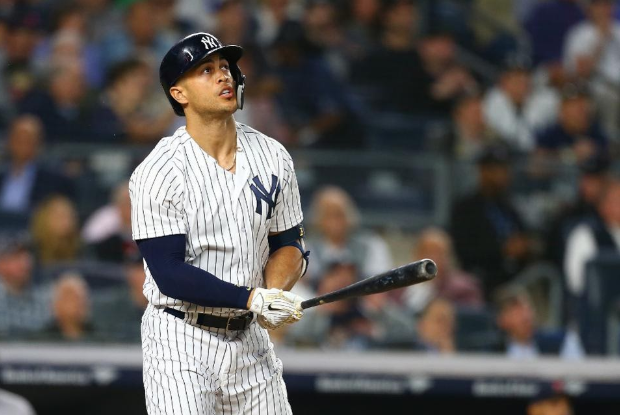 As the New York Yankees prepare for a 2020 season that is fully expected by many to end in the teams 28th World Series championship, the team is once again being hit by the proverbial injury bug. James Paxton will be out for a few months after undergoing back surgery, and the Yankees lost Luis Severino for the year after he had to undergo Tommy John Surgery after feeling soreness in his forearm. The team is also going to be without outfielder Aaron Hicks until at least August after he underwent Tommy John surgery. Even slugger Aaron Judge is battling a shoulder injury in Spring Training. However, one injury to another slugger has got many talking, especially after his 2019 season became a lost one.

Giancarlo Stanton has become a polarizing name in New York, and the news of his grade 1 calf strain certainly became a topic of discussion after last seasons slew of shoulder and knee injuries limited him to just 18 games in 2019. This latest injury to his calf is expected to keep him out for opening day and maybe a little longer than that. As soon as this injury was announced, the name Jacoby Ellsbury was brought up a lot by Yankees fans to compare the current situation with Stanton. Ellsbury was even trending on social media. Another thing that was also brought up was why the Yankees never should’ve made the trade for Stanton in the first place. The talk of how he’s been underwhelming at best for the Yankees and has become injury prone, and instead of making the trade, general manager Brian Cashman should’ve saved up to sign Bryce Harper or Manny Machado instead of acquiring Stanton the year before. However, that certainly wasn’t the discussion when the deal happened, and I don’t think you can question that deal even three years later.

When the Yankees made the deal for Stanton, they essentially acquired a salary dump from the Miami Marlins who were looking to get rid of Stanton’s contract, and it’s not every day a player of Stanton’s caliber is dealt in this manner. The team traded Starlin Castro, who is now with the Washington Nationals, and two minor league prospects Jose Devers, and Jorge Guzman. Starlin Castro is a good player and Devers and Guzman could turn out to have good careers in Miami, but the Yankees trading away those players for a guy who just won the 2017 NL MVP and smoked 59 home runs in 2017 was looked at as a steal. Three years later, it still is for the Yankees.

When you look at where the Yankees were heading into that offseason by coming off a surprising trip to the American League Championship series and just coming one win short of the World Series, of course Cashman would not say no at a golden chance to acquire the NL MVP for a good price and pair him up with Aaron Judge, who had just won the AL Rookie Of The Year and was second in the voting for AL MVP. Not many of us would say no either to that deal and that opportunity.

2018 was looked at as a disappointing year for Stanton, but while it would’ve been extremely hard for him to replicate his 2017 numbers, he still slugged 38 home runs and drove in 100 RBIs. He also stepped up big when the team lost Judge for two months due to a wrist injury. What really hurt Stanton was his playoff performance in 2018 as he batted .222 with six strikeouts in the American League Division series against the Boston Red Sox. Many Yankees hitters in that lineup also struggled during that series, with Judge being one of the few exceptions, but out of all of the ones that struggled, Stanton caught most of the blame.

Overall despite the criticism, Stanton put up a productive first season in the Big Apple and expectations were certainly high for year two until the injuries kept him out for most of the season. This calf strain is the latest setback of what has currently been a frustrating time for the former NL MVP. For the Yankees and Stanton, they hope to get him back as soon as possible, especially with the list of injuries the team already has. Still, the Yankees shouldn’t regret making the deal because he has shown the them what he can do on the field. That he still is a presence in a lineup that is already outstanding. The Yankees acquired a guy who hit 267 home runs in Miami. No team would’ve said no at the chance to acquire Stanton, especially the Yankees. Even if Stanton ends up not living up to the acquisition, it was still a chance worth taking for New York. Who knows, maybe in the end, he’s responsible for the Yankees winning their 28th championship.