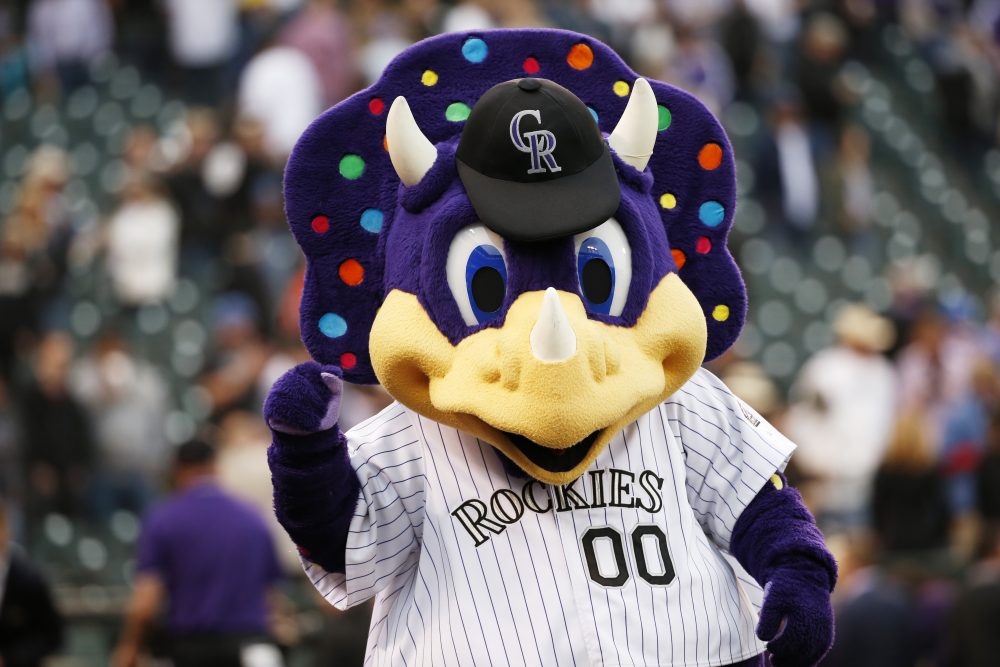 With the KBO being broadcasted in the United States, most baseball fans are probably well aware of NC Dinos brontosaurus mascot Swole Daddy by now. While Swole Daddy is rightfully receiving praise, there is another baseball dinosaur mascot who does not get his just attention. This dinosaur would be MLB mascot Dinger the Triceratops.
Who is Dinger the Triceratops you ask? Dinger is the proud mascot of the Colorado Rockies. The name Dinger comes from baseball slang for a home run.
But you are probably wondering why the Rockies’ mascot is a triceratops. I guarantee the reason is more interesting than you think.
When Coors Field was under construction, multiple dinosaur fossils were dug up by construction workers. The most notable fossil found was a 7-foot-long, 1,000-pound triceratops skull. What are the odds of that?
Well, the odds are actually very high because dinosaur bones can be found all across Colorado. The Mile-High City was a popular home for the prehistoric creatures.
Thanks to the discovery of this huge triceratops head, Dinger the Triceratops was born. The purple triceratops made his mascot debut at Mile High Stadium on April 16, 1994. One year after the Rockies’ inaugural season.
Now did Dinger make his debut just by showing up at the stadium? No. Dinger was too cool just to appear in the stands and start cheering on the Rockies. He instead made a grand entrance.
The next time you are watching a Rockies game, try to spot Dinger. Don’t worry, it is not that hard. Dinger is frequently seen behind home plate in the late innings attempting to distract the opposing team’s pitcher.