The NFL and Domestic Violence

It seems like football and battered women go together. That is not to say that all NFL players abuse women, I don’t want to stereotype.

We have all heard or read of terrible stories of abuse by NFL players and it would appear that the NFL sometimes turns a blind eye.

There have been several incidents that were caught on video and there was no denying that an assault took place. TMZ has brought quite a few videos to the surface and the NFL has had no choice but to address them. The common reaction is a player placed on suspension or an exempt list. If a player does get caught on video they seem to just get a slap on the wrist and pushed back out on the field. The NFL investigations are often done half assed. Let’s face it the NFL is a money making machine and they want the players out on the field, even the one that are drawing attention for all the wrong reasons.

Deborah Epstein who is the Co-Director of the Georgetown University Law Center’s Domestic Violence Center was on the NFL Player’s Association Commission for Domestic Violence until she and another colleague quit in June of this past year. The two claimed that the NFL was doing nothing other than giving lip service about domestic violence issues against women. The question is Why? We already know the answer-Money. The NFL is a money machine and they treat the fans like cash cows feeding them what they want and hoping the will forget that the cow ultimately winds up in the meat farm.
I hope in the new year the NFL will smarten up and realize that criminals should not be celebrated on or off the field and those that hurt women, children and animals are among the worst beings on earth. Cleaning up the field starts from the top down. There needs to be a protocol to deal with violence against women that has no exceptions. 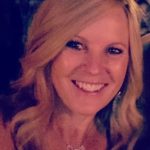