The New York Yankees Are One of Baseball’s Biggest Surprises 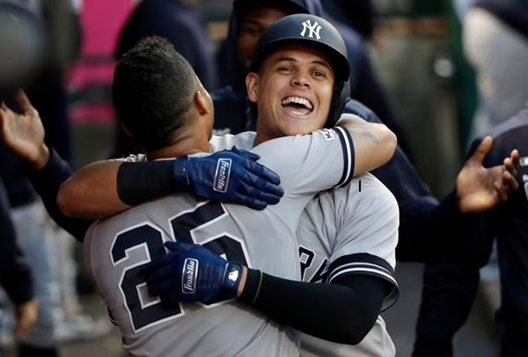 The New York Yankees have been turning everybody’s heads this season 360 degrees, or completely around.  Despite the staggering injuries to the majority of their star players such as Aaron Judge and Giancarlo Stanton, along with Luis Severino and Dellin Betances, the Yankees have been able to exceed expectations and have managed to stay well above .500 for most of the season.  Not to mention, they are in first place in the American League East Division by two full games over the Tampa Bay Rays and 5.5 games up on the defending archrival Boston Red Sox.

The Yankees are 30-17 and imagine that when they get the majority of their elite players/starters back, they will be even better and more dangerous/powerful than where they are now.  The Yanks are 13 games over .500 and the main reason for their success without their starters has been their depth.  Role players such as Gio Urshela, Cameron Maybin and the newly acquired Kendrys Morales have all stepped up and delivered on a night-to-night basis with clutch hits and home runs that have allowed the Yankees to go on an impressive run from mid-April through May.

The Yankees have three wins this year when trailing in the eighth inning or later this season, which speaks volumes about this team that you can never count them out in any game, in any deficit; they can strike at any time.  Gary Sanchez and Gleyber Torres have a combined 15 home runs against Orioles pitching this season, while the Bombers are 8-2 versus the Orioles this season.

We aren’t even at the All-star break or through the first half of the 2019 season yet and it is simply amazing to see the sheer dominance and consistency of this Yankees team against the Orioles not only this year but for most of this decade.  The Yankees also have the 4th-best pitching staff in the American League, devoid of ace Luis Severino and the “Big Maple” James Paxton in the starting rotation.