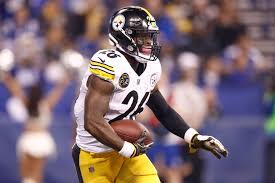 Now that the 2018 NFL season is officially over, it’s time for the Jets to focus on potential offseason moves. The Jets spent little time firing Todd Bowles after another losing season. In about 2 months, GM Mike Maccagnan named former Dolphins head coach Adam Gase as the new head coach. Personally at first, I didn’t like the hiring, but as the next couple days went on, I warmed up to Gase and started liking him.

I started looking at the positives with the hire. One, before Ryan Tannehill got hurt, he was on the verge of being an above average quarterback in the league. Second, in his 3 years in Miami, he beat the Jets 5 times out of the 6. Third, with an average offense with no quarterback, the Dolphins didn’t do awful. Fourth, Peyton Manning gave this guy a sweeping endorsement. I know Manning doesn’t feel the need to be coached, but when Gase was Manning’s offensive coordinator in 2013, Manning did throw a record-breaking 55 touchdowns. And fifth, Sam Darnold loves this guy. So Jets fans……..IF OUR FRANCHISE QUARTERBACK LOVES THIS GUY, THEN SO SHOULD WE!!!

Gase rounded out his staff very well by bringing on Greg Williams as the new defensive coordinator to run the defense. Williams will have full control and be able to focus on the defense, while Gase focuses on the offense, which is great. Let Williams run the defense the way he wants and we can see great things.

Dowell Loggains was named the offensive coordinator. Loggains was Gase’s offensive coordinator while in Miami. While the Dolphins offensive wasn’t the best, but they always managed to win games or at least be in them. Brent Boyer was a huge bring back for the Jets and 100% deserved to keep his job. The Jets special teams in 2018 was A++. He was able to send 2 special teams players to the pro bowl with how they played this year (Jason Meyers and Andre Roberts).

Some other notable names who rounded out the rest of the coaching staff is running backs coach, Jim Bob Cooter, who served as the Lions offensive coordinator for the past 4 years. Frank Pollack, who is credited for the development of the Cowboys offensive line. Joe Vitt is the new outside linebackers coach, who you may remember was suspended in 2012 for the Saints bounty scandal. Dennard Wilson, defensive backs coach, was another coach who was brought back, and rightfully so.

For the roster, let’s take a look at the offense. The big news around the Jets this offseason so far is, will Le’veon Bell play for the Jets in 2019? Bell will make this offense drastically better. That’s the talent Bell brings to the table. Jamal Adams has been recruiting him to come play in the green and white. The Jets have over $100 million in cap space, so the ball is in the Jets court.

I think the Jets will cut or trade Crowell this offseason because after a promising first 6 weeks in 2018, Crowell’s game took a turn for the worst as he sucked the rest of the season and eventually got injured. If the Jets don’t sign Bell, there’s guys like Mark Ingram from the Saints who the Jets could sign.

Ingram is a really good running back and would be great for the Jets. And if neither of those guys are there, I wouldn’t be opposed to the Jets signing Adrian Peterson. Peterson had a good bounce back year for the Redskins as he rushed for 1042 yards and had 7 touchdowns. So, if he can do something close to that in 2019, plus he can help develop Elijah McGuire and Trenton Cannon, I’ll take that on my team.

Realistically, the Jets need 5 new offensive linemen, but can live with Brandon Shell at right tackle and Brian Winters at right guard. With the release of Spencer Long, James Carpenter most likely not getting re-signed, Kelvin Beachum on the back end of his career, the Jets need a left tackle, left guard, and center.

For the center, in the free agency, the Jets could sign Matt Paradis from the Broncos or Mitch Morse from the Chiefs. Both men had good seasons for their teams and the Jets are in a desperate need for a center. They could also look out for Garrett Bradbury from North Carolina State. He turned a lot of heads in the Senior Bowl and the Jets could draft him in the later rounds.

For left guard, the Jets could look to sign Rodger Saffold from the Rams, who was part one of the best offensive lines in 2018 or A.J. Cann from the Jaguars. For left tackle, the free agency is dry, but the Jets hold the 3rd overall pick in the draft, so you could see the Jets possibly draft Jonah Williams (Alabama), Greg Little (Ole Miss), Cody Ford (Oklahoma), or Jawaan Taylor (Florida). All have tons of potential and Jets could draft any of them.

Finally, the Jets need a true number one wide receiver. Quincey Enunwa was Darnold’s “safety blanket” in 2018, until he got injured. Anderson and Darnold developed a strong connection with each other towards the end of the season. That’s what we want to see from Anderson’s development. Kearse is a free agent and after his poor performance in 2018, I doubt he comes back. So, the Jets need one or two more wide receivers. I think the Jets should go after Adam Humphries from the Buccaneers. Humphries had good 2018 season as he had 816 yards and 5 touchdowns, plus he’s 25 years old. He would go great alongside Enunwa and Anderson. Some other guys the Jets could sign are Cole Beasley from the Cowboys or Tyrell Williams from the Chargers.

For the defense, the Jets are only a couple pieces away from having an elite defense. But the way they address this offseason depends on what Gregg Williams does with the defense. For years the Jets run a 3-4 defense, but Williams is known for his 4-3 defense. Either way, one thing the Jets need to address is pass rusher.

Henry Anderson had a good year in 2018, tying for first on the team with 7 sacks. The Jets need to sign him back, but also need another pass rusher. Priority number one, if he’s not franchised, should be Demarcus Lawrence. Lawrence in William’s defensive will thrive. The Jets haven’t had an elite pass rusher since John Abraham and Lawrence would provide the pass rusher the Jets need.

Another name being thrown out there is Dante Fowler. Fowler had a good 2017, but a not so good 2018. Fowler has tons of potential and with a coach like Gregg Williams, the sky’s the limit. Also, Trey Flowers is a possible name. He had a good season and a good post season. I can’t imagine the Patriots not signing him back, but if they don’t, the Jets should go after him.

The Jets could find some good pass rushers in the draft. This is a defense heavy draft. Personally, I think the only defensive player the Jets should have an eye out for is Nick Bosa (Ohio State). Bosa has elite talent like his brother and has the potential to be better than his brother. But if the Jets do go in the direction of drafting a pass rusher, the Jets could draft guys like Clein Ferrell (Clemson), Rashan Gary (Michigan), or Montez Sweat (Mississippi State). All have great potential and Jets could draft them.

Defensive tackle is a bit of a question mark. Steve McClendon is set to be a free agent, but I can imagine the Jets signing him back for his great play and leadership. Depending on how Williams runs this defense will determine if they need another defensive tackle.

Among guys in the free agents are Ndamukong Suh. First off, just imagine Williams coaching Suh. Like a match made in heaven. Second, Suh is a great run stopper and can improve the Jets defense so much. Another guy the Jets could possibly sign is Jonathan Hankins. Hankins was a solid defensive tackle for the Giants a couple years and still has potential to be a great defensive tackle.

For the draft, a lot of mock drafts have the Jets drafting Quinen Williams (Alabama). Williams was a star for the Crimson Tide and if the Jets draft him, Williams has the potential to be the next big thing in the NFL.

Jordan Jenkins improved greatly last season. The trio of Brandon Copeland, Frankie Luvu, and Neville Hewitt was okay, but the Jets still need a true starting outside linebacker opposite of Jenkins. But, again its depending on how Williams shapes this defense. If he goes to a 4-3 defense, it’s possible Darron Lee makes the move to outside linebacker, but if not some guys the Jets could look at in free agency is Dee Ford from the Chiefs, if he hits the free agency.

Ford had a breakout season in 2018, recording 13 sacks. Ford is just the piece the Jets need. Another name is Anthony Barr. I always felt Barr was underrated as an outside linebacker. Barr isn’t the pass rusher the Jets need, but he’s a great field general, great run stopper, and a great cover guy, too. Also, the Jets could draft Josh Allen from Kentucky. This kid is something special. He has the potential to be the next great pass rusher in the NFL.

The Jets secondary was awful in 2018. Trumaine Johnson had a bad year and looks to bounce back in 2019. As for Morris Claiborne and Buster Skrine……they had awful seasons and with them set to become free agents, I can’t imagine the Jets bringing them both back.

Darryl Roberts took a huge step forward in 2018. He developed into a decent corner and filled in fine when Marcus Maye got injured. Kareem Jackson has always been a solid corner for the Texans and if the Jets sign him he would not only bring his skill, but his leadership experience, especially for this young team. Darqueze Dennard has been a decently solid corner for the Bengals. Jason Verrett is also on the market. He missed the 2018 season due to injury, but before he got injured, Verrett was a very solid cornerback. The Jets could take the risk and sign him because Verrett still has a bunch of upside. That goes for Ronald Darby as well. Darby is a very good corner, before he got injured. So, if the Jets sign him, there’s huge upside.

If for some odd reason the Jets don’t sign back Andre Roberts and Jason Meyers, I’ll be so mad. It wouldn’t make any sense. So, I can’t imagine the Jets not signing them both back.

Overall, this offseason can make or break the Jets for the next 3-5 years. The Jets hold the 3rd overall draft pick and over $100 million in cap space. The Jets can make significant moves this offseason that could help the Jets dethrone the Patriots.