The NBA, China, and You 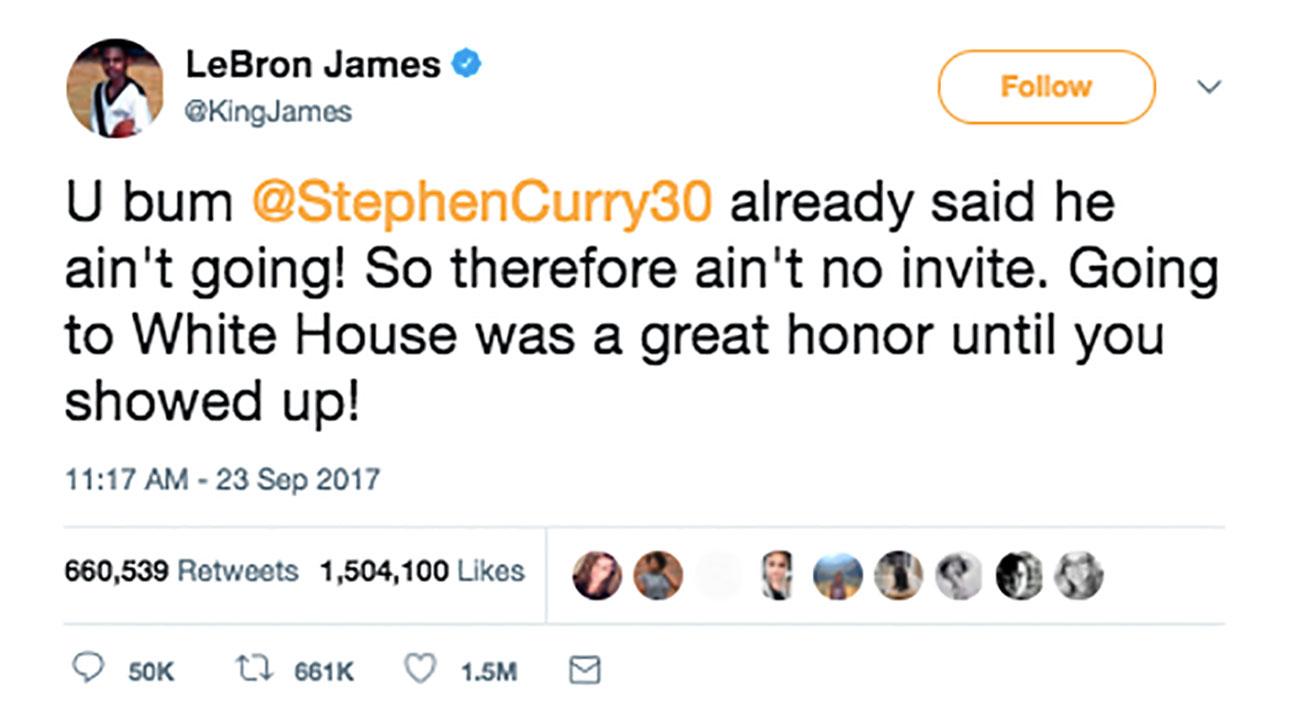 The NBA is performing its annual world exhibition series. This series of games is part of the goodwill of the best professional league in the world, but also reflects the ever growing global popularity of the game of basketball. Basketball is popular because it’s as cheap to play as soccer, and is an accessible game to pretty much anyone. Fans in China especially love basketball and are very supportive of the NBA.

Since 1997, Hong Kong has been a part of China after being a British colony. The residents have historically had decades of autonomy from China, and built a thriving economy. China has mostly left Hong Kong alone as it has been a cash cow, but every now and then China pokes at Hong Kong just to remind them who is really in charge.

The present protests originate from a bill that was introduced that would allow Hong Kong to deport suspected criminals to mainland China to face trial there. Many people feel that such would guarantee extraditions initiated by China, more criminal convictions and violate their rights, so the residents took to the streets to protest.

They’re also protesting police corruption and brutality, and at least one protestor has been killed by police during these protests. And the protestors also want the promises of expanded democracy from a 2014 bill enforced. Lots of moving parts, but basically, they want democracy.

Rockets GM Morey tweeted support for the residents of Hong Kong because generally, the United States should be supporting democracies all over the world. It has been a foreign policy of ours since World War Two, one of the main reasons that we spend billions of dollars to support Israel today, and the impetus for at least four military conflicts in the last 50 years or so.

A tweet is so innocuous, right? WRONG. Morey was bombarded with HUNDREDS of THOUSANDS of angry tweets from China. League officials started to speak out of both ends of their mouths. NBA Commissioner Adam Silver said he supports free speech for NBA employees, and in the same breath said there are consequences for your free speech. The message was received by the rank and file of the NBA.

Champion coaches Gregg Popovich and Steve Kerr danced around supporting Hong Kong despite being vocal critics of the United States. Lebron James called Morey “uneducated,” which is interesting. I’m sure there is no direct financial tie between Lebron and China. Also Lebron managed to firmly plant his foot in his mouth in the process. But more on this later.

Even present Brooklyn Nets owner Joe Tsai wrote a rambling letter attacking Morey’s knowledge of China and explaining a history of foreign imperialism in China and why Chinese are so sensitive to western commentary on Chinese life and culture.

Interestingly, Tsai is from Taiwan, a state that has been long backed by a Western nation that has preserved their autonomy. Tsai came to America and got a degree from Yale, and worked hard to earn a $700,000 annual salary from a Swedish investment firm in Hong Kong before he took those earnings back to the mainland to start the Chinese equivalent of Amazon, an American idea.

Even more interestingly, all of the aforementioned actors are silent on the current Chinese persecution of the Muslim Uighur population, who are pretty much presently sitting in camps which the Chinese say serve the purpose of reeducation. Any person who has ever read a history book knows what reeducation means. You would think a guy that makes profits in China and became an internet billionaire like Tsai would want all the people in China to be his customers and be free to shop on line, but he’s predictably quiet on the subject.

I get the feeling that Joe Tsai is an asshole, but it’s just a feeling. Based on anecdotal data. I’m sure he gets birthday gifts for his kids or something, but I don’t have a source on that.

So you may be asking, why is the NBA so afraid of China? Why are the players shutting the fuck up? Why are North American arenas taking away not only protest signs, but also informational campaigns out of their arenas? And the answer is simple- money.

The NBA collective bargaining agreement (CBA) creates a split in league generated revenue between players and owners at basically a 50-50 share. The players share of revenue is generally expressed in the salary cap. If you’ve followed the NBA, you’d know that revenues grow annually, meaning the cap grows annually, so every year players get paid more and more.

Want an example? When the New York Knicks gave undrafted bench energy player Ron Baker a contract, it was for a two way roughly $540,000. That’s like sports minimum wage. However, Baker had a management team that believed in handing out bad contracts more than they believed in him. Baker as a rookie averaged 4 points, 2 rebounds and 2 assists a game for that season. Those stats made him a multimillionaire.

The Knicks gave Baker $9 million dollars over the next two years. I’m pretty sure I can post those same stats for $530k over 50 games like Baker did, and would gladly sign a 2 year deal for $9 million. And not even see the end of that contract, as he was waved by both the Knicks the Washington Wizards last season.

Why the fuck would you give Ron Baker a $10 million net value as a human being? Because the NBA prints money.

Because China. If China decides “Nah, fuck you” to the NBA and stops showing games, supporting teams, cutting off apparel sales, the conservative estimate is that the NBA salary cap for 2020-2021 is going to be $99 million, and the doomsday estimate is $94 million.

From $117 million to $94 million? That means a team loses $46 million in revenues. And the players on that team combined lose $23 million. But that’s not just all.

There are 30 teams in the NBA. That’s $690 million of player salaries that will go away. Raises that will be reduced. Unrestricted free agents what will see pay cuts for becoming a better player. Veterans who will have prematurely ending careers. Do you think that players want to see nearly $700 million go up in smoke? And owners see almost $1.4 billion not hit their bank accounts? FUCK NO.

So you want to know why Lebron is toeing a line? Or Popovich? Or Kerr? Or every player in the league? Or arena security? Because everyone has jobs and money on the line. The NBA players union assuredly wants the cap to escalate, not return to 2016- which was $94 million.

As American citizens, we enjoy the ideas of democracy and freedom. We believe on some level that we should support sucj ideas if they are in our best interest. And people are looking at a guy like Lebron- a guy who has never had loyalty to anything in a career but Lebron and opportunity- who made some hypocritical statements and are calling him a dick. Lebron actually said that in this matter he does not want to be political. He doesn’t want to be political? He mocked the current president. He campaigned for Hillary Clinton in 2016. He’s gotten involved in public schooling in Ohio. He’s been vocal in the Black Lives Matter movement. He’s absolutely political.

And today? He’s China’s bitch. So…maybe he has more in common with the president than he realizes.

I talk to people. I have yet to meet one that has said “I agree with what Lebron did. He has to cover his ass.” Pretty much everyone sees him as full of shit, which is easy to realize if you every watched that self-absorbed shit ESPN “The Decision” soap opera.

There are many people who are yelling that Lebron should have made a statement about the Hong Kong situation. They say things like “You have to express what you feel even if its in the face of losing money” or “If you believe in the cause, who cares what your boss says, because freedom is important!” A lot of these people are right leaning, which I find interesting.

Why? Because they’re fucking hypocrites.

How did I make that jump? Remember that Colin Kaepernick guy? The guy that expressed what he believed in despite losing a lot of money? And they spoke out for freedom and social issues despite his bosses asking him not to? Oh, they guy was buried. “Shut the fuck up and play!” How DARE you take a knee during what historically has been…a commercial break. When TV networks- like right leaning Fox and left leaning CBS- have taken a knee for the anthem, too.

And these same douchebags? They were the ones saying about Kaepernick “If I did whatever I wanted to at my job without a care about what my boss said? I’d be so fired!” So, to be clear, you’d shut up and do as your told? Like Lebron is doing?

Yes, I know you’re not worth half a billion dollars as Lebron is. But while there is some courage in having “fuck you” money, most people like to get paid to do things. Can Lebron never work again and be ok? Sure, absolutely. Can you and I? No. So he should live by different rules than you do? Who else is subject to your whims? So, here’s what I’d suggest.

Shut the fuck up. It’s easy to have armchair courage. But fact is, people love to just complain and never fix shit. And I’m not even talking about the racism angle here, which absolutely has something to do with it. I don’t recall anyone complaining when Boston Bruins goaltender Tim Thomas refused to meet then President Barack Obama. Seems people liked the freedom of expression back then that they presently hate with the Golden State Warriors announcing that they’ll do the same.

In short, is the NBA scared about potentially losing billions of dollars? Absolutely. Is Lebron James a douche? Absolutely. Is Joe Tsai a selfish fucked up opportunistic individual? Absolutely. Would you rock a boat at work about your feelings? Not a fucking chance. So when we complain about Kerr and Lebron, are we hypocritical? Well…you are. I don’t have the suck up gene.

In short, people don’t just want nice things. They want to complain. They want to bury someone and will dance around their reality to do so, like those fucktards that are incels or the skags that are social justice warriors or the jerkoffs who gossip at the office. The NBA and China encouraged people to be douchebags about this specific topic, but if it wasn’t them there would be some other nonsense to blame. So feel however you want about Lebron or China or the NBA. Just don’t pretend that you’re better than any of them. And try to be as good as Daryl Morey.