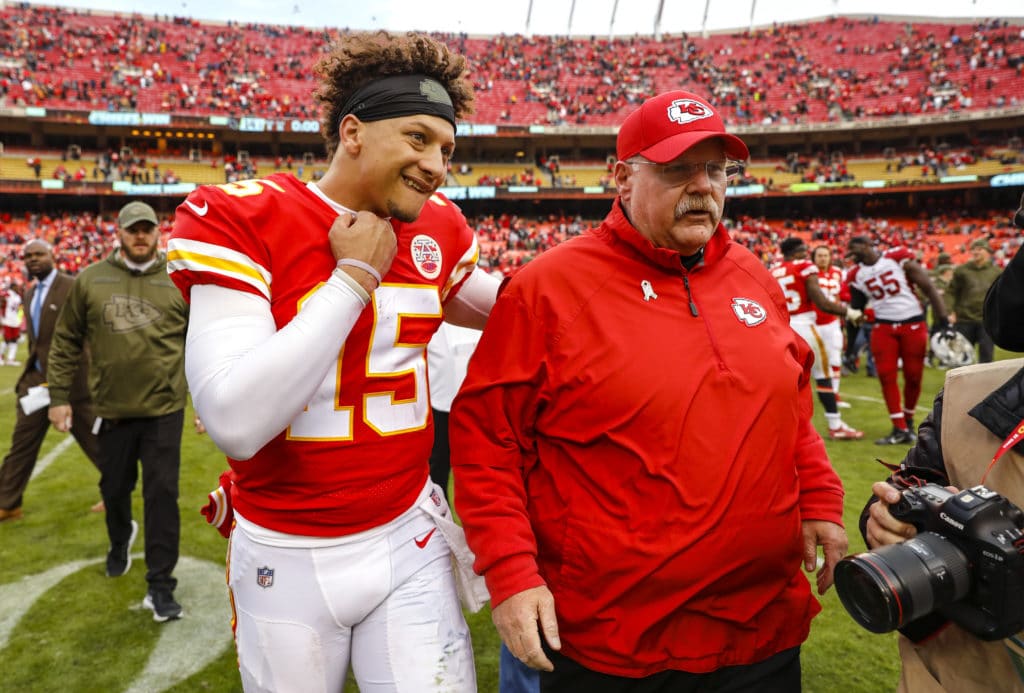 NEW YORK, N.Y.- Hall of Fame talk has been the hot topic the past few weeks. It started with Eli Manning announcing his retirement last week, which immediately fired up the conversation of whether Manning should be inducted into the Pro Football Hall of Fame.  This week, that hall of fame debate landed on Kansas City Chiefs head coach Andy Reid. Many different outlets and talk shows have debated on Reid’s candidacy the past few weeks, with the question focusing on whether he needs this Super Bowl to cement his place in Canton. This shouldn’t even be a discussion. The veteran head coach has already cemented his place among the elites and the outcome on Sunday should have no bearing on his Hall of Fame status.

Reid’s regular season record is impeccable, boasting a career 207-128 record, owning the seventh most wins in NFL history. The 61-year-old has shown no signs of slowing down and has the chance to pass Paul Brown and Curly Lambeau to move into fifth place all-time with only 20 more wins. Moving into fourth place isn’t out of the question either if the Chiefs head honcho wants to stick around with his stud young quarterback Patrick Mahomes, as Reid needs 43 wins to catch the legendary Dallas Cowboys coach.

Continuing to look at the totality of Reid’s career, he made more conference championship game appearances than he missed out on the playoffs completely. In his 21-years as a head coach, the Los Angeles native made seven conference championships while missing the playoffs just six times. Reid has been the model of consistency as he’s had a losing season just three times in his career, with the last coming back in 2012. On average, an Andy Reid coached team wins just under 10 games per season.

More impressive than the amount of wins the two-time head coach has racked up has been his ability to turn teams around quickly. It’s hard enough to turn around one losing franchise (ask Browns, Lions or Buccaneers fans), but Reid has done so twice. Inheriting a Philadelphia Eagles team that went 3-13 the year prior, Reid went 5-11 in his first season in 1999 before breaking through with an 11-5 record in year two. During his 14-years in the City of Brotherly Love, Reid amassed 130 wins and constant playoff appearances, missing the playoffs altogether just five times.

In Kansas City, the Chiefs were a mess under Romeo Crennel, finishing in last place in the AFC West two years in a row, including going 2-14 in 2012. Reid jumped right in, turning the Chiefs into a playoff team in the span of a few months as the Chiefs went 11-5 in Reid’s first year. In his seven years as head coach in Kansas City, the Chiefs never had a losing season and just once missed out on the playoffs. Reid had most of this success with Alex Smith, who never was able to fully put it all together in San Francisco.

In an era where the rules are geared towards scoring and the quarterback position has become the most important in all of sports, Reid has shown the ability time and time again to win with pretty much anyone under center. In Philadelphia back in 2006 when Donovan McNabb went down late in the year with an injury, Reid was able to ride Jeff Garcia all the way to the playoffs and win a playoff game over the New York Giants. He was able to do it again four years later, winning the NFC East with the combination of Michael Vick and Kevin Kolb at quarterback. Fast forward to his time with the Chiefs, Reid was able to rattle off five consecutive winning seasons with Smith at quarterback, despite the former No. 1 overall pick just having one winning season with the 49ers. Reid was also able to muster the most out of his new franchise signal caller, helping Smith make the only three Pro Bowls of his career.

The biggest detractors of Reid’s career will point to his postseason failures. Whether it was the three straight NFC Championship game losses with the Eagles in the early 2000s or losing at home to the New England Patriots last season, Reid has continuously been unable to break through and hoist the Lombardi Trophy. While his 2-5 record in championship games isn’t ideal, look at how many big games Reid had to win in order to get to that stage.

Andy Reid’s career has been extremely successful and when it’s all said and done, he will go down as one of the best regular season coaches in NFL history. His accomplishments up to this point speak for themselves as he’s in rarified air within the coaching ranks. One game can’t take away 21-years of constant success. So no, this game doesn’t have any impact on Andy’s legacy. Win or lose, Reid is still a Hall of Famer.