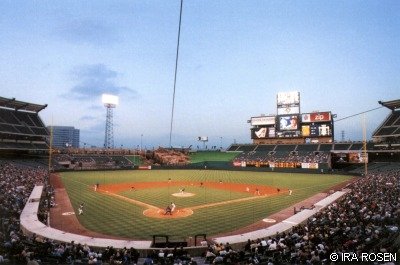 One of the beauties of going to a baseball game is the uncertainty of what you will see on the field. A perfect game, a three-home run, game, or a player reaching a milestone are a few examples of how a plain old regular season game can turn into a memorable one for those in attendance. For the 18,216 fans who came to Edison Field on August 4 to see the Anaheim Angels take on the Kansas City Royals in a battle of 45 and 44-win teams, they witnessed the unimaginable.

The year was 1999 but the Angels were not partying like it. Anaheim was 3-17 in its last 20 games and averaged 2.95 runs per game over that span. Desperate to find a magic potion for his offense’s struggles, manager Terry Collins concocted a rather intriguing plan. The first time through the batting order, all Angels hitters were going to use Jim Edmonds’ bat. Edmonds had been on the disabled list and only played in two games all season, meaning he had not been part of the Angels’ recent offensive slump.

What could possibly go wrong with the bat-sharing strategy? Orlando Palmeiro, who hit .278 in 1999, was the first man up for the Angels in the bottom of the opening inning. Just the Angels’ luck, Palmeiro struck out looking. That quickly became the least of Anaheim’s problems. 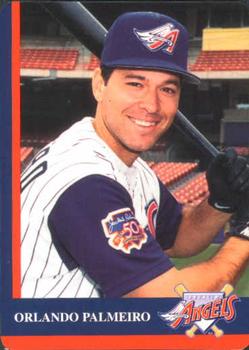 When Disarcina came to the plate, he and Collins explained the Angels’ strategy to Tschida. Collins, who Mets fans know has a way with words, calmly convinced Tschida to reinstate Palmeiro into the ballgame. 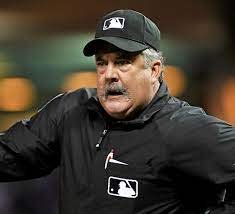 Anaheim averaged 4.39 runs per game for the season and one inning later, Edmonds’ bat cracked the riddle of the Angels’ offensive woes. An RBI double from rookie catcher Bengie Molina followed by a sacrifice fly from the recently reinstated Palmeiro put the Angels up 2-0.

For those wondering, four out of the first nine Angels batters got hits with Edmonds’ bat, and no Edmonds was not one of the four. Edmonds actually went hitless in four at-bats on the night.

With their lead cut in half in the fourth inning, Molina singled to drive in his second run of the night. Garret Anderson followed with an RBI single of his own to give the Angels some breathing room with a 4-1 advantage.

Anaheim would never relinquish that lead as they went on to hold off Kansas City in a 4-3 victory. Edmonds’ bat snapped the Angels’ offense out of a post All-Star Game slump. With one win in the bank, Anaheim went back to their own bats.

The good news? The Angels exploded for eight runs in an 8-0 shutout of the Boston Red Sox the next night. The bad news? That was the Angels’ last win for over a week. Anaheim went on a seven-game losing streak and ultimately finished the 1999 season with a 70-92 record.

There obviously was not a lot for the Angels and their fans to cheer about in 1999, but one August night gave the fans in the stands one of the more unique sequences to be seen on the diamond. In how many other sports do you see an ejected player get reinstated into the game? None, because the beauty of baseball’s unpredictability simply cannot be matched.