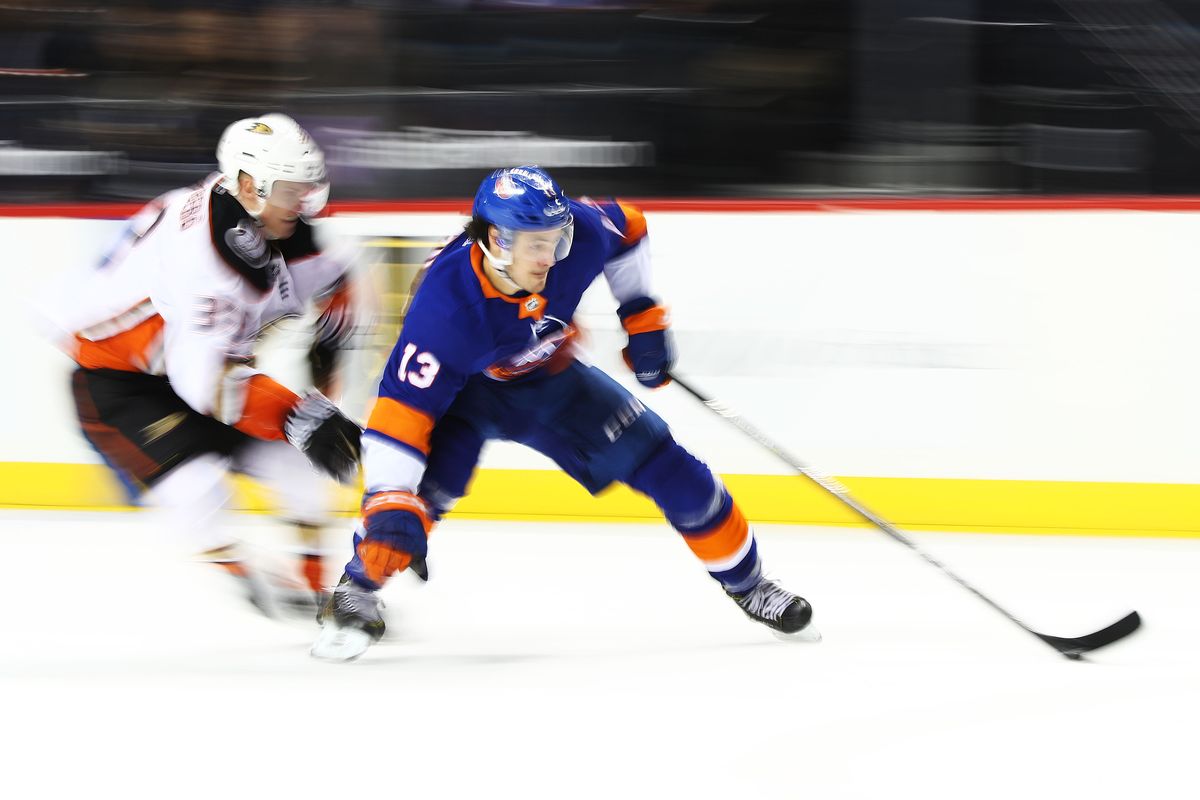 The Islanders are rolling though the preseason schedule in typical Barry Trotz team fashion. An enjoyable thrashing of the Rangers, then the usual games won or lost by a goal. Beating the Rangers always feels good, be it preseason, regular season, or post season.

I am thankful for Barry Trotz as our coach. For the past two seasons, Trotz has taken the Islanders to the Eastern Conference finals. People say the Islanders playing style is boring. They also said that about Lou Lamoriello’s teams in New Jersey, who bored their way into three Stanley Cup championships. And I firmly believe that if the Islanders had won either series against Tampa, they would have won that elusive 5th Stanley Cup in franchise history.

Additionally, I am glad that the Islanders added Erik Gustafsson on a PTO after the removal of Nick Leddy and his contract to the Detroit Red Wings. Anyone reading my tweets knows how I was endorsing that move weeks before the Islanders made it, and I’d think most Islander fans wouldn’t be aware that the last time the NHL played a full season, Gustafsson put up 17 goals and 60 points. He can not replicate that performance in a Trotz system, but also, the knock on Gustafsson is his defense, which is something a Trotz tutorial can fix. The job Trotz did with Scott Mayfield is amazing, and he absolutely transformed Sesame Street Count looking Adam Pelech into a Norris Trophy candidate, though probably not a Norris winner due to his lack of offense.

Lou did a very good job at keeping salaries tolerable. Palmieri at $5 million gives you Jordan Eberle production at a 10% discount. Sorokin’s deal is 20% lighter than the one for Varlamov, whose job he will take over the course of the Varlamov contract. Anthony Beauvilier is a tad of an overpay, but he is young, plays hard no both ends, and scores, so there’s that. Zdeno Chara and Zach Parise are signed at what’s expected to be NHL minimum wage. The Adam Pelech deal was $750,000 below the expected rate, and has shown to be an even better price with newer deals being signed. It will also force Ryan Pulock to take a similar deal, or become the next Tavares.

The Casey Cizikas deal maybe was the best of all of his deals. It was a steal in three ways. One, he got his player to take roughly HALF of what he was allegedly offered from other teams. Two, the savings on the Cizikas deal allowed the Islanders to add Zdeno Chara or Zach Parise with cap neutrality from the prior season. And three, it means Clutterbuck will take a pay cut next year, like Matt Martin did last year to set the precedent for the “Identity Line” to retire together as a group.

Getting Richard Panik in the Nick Leddy deal was an interesting call. Panik is a bottom 6 player that can sub in and provide a little bit of offense, but seems better at defense. That Detroit is keeoing half of the cap hit over two seasons makes Komarov even more tradable, especially since Komarov has a phantom cap hit backed up by a lower than cap salary.

That’s the praise section. Now here comes the unbuckling of the pants, the lowering of the trousers and underwear, the right angle knee bending squat, the unpuckering of the anus, and the delivery of a fiber laden, corn pocked SHITTING on the most obvious factors facing this team.

“But what was available?” #IslesKoolAid would say. Lets take a look.

Sam Reinhart was traded for a 1st round draft pick and a prospect. Reinhart had 25 goals and 40 points in 54 games on a horrible Buffalo Sabres team.

Jakob Voracek was traded for Cam Atkinson. Atkinson had 41 goals the last time the NHL played a full season. Since 2012, Voracek has been close to a point a game player.

Seth Jones was acquired in a trade. Jones scores at the same pace as Kool Aid legend Josh Bailey, except Jones is a defenseman. Same holds true for Oliver Ekman Larsson. Or Rasmus Ristolainen.

We all know the St. Louis Blues have been dangling Vladimir Tarasenko all summer. Cup winner, 30+ goal scorer when healthy.

Project and 2nd overall pick Nolan Patrick was available. Not an elite player yet, but would have been nice to have that kind of potential in the organization.

Taylor Hall was an unrestricted free agent. Hall had 14 points in 16 games for a good team last year, after having 17 points in 37 games for a bad one. 31 points in 53 games is… close to the 35 points in 54 games of Islanders legend Josh Bailey playing for a cup competing team.

There’s also the usual disgruntled Patrik Laine rumors, and Pierre-Luc DuBois, in the last year of his deal and whom Hockey-Reference.com compares his career trajectory with Jerome Iginla. Like we need any of that, right?

That’s just what was traded, signed, or expiring. Shake a tree and even more things fall out.

There’s also the ABSURDITY of the rumors coming out of training camp saying Oliver Whalstrom will not make the team because he has waiver options. So we’re holding a spot for the expiring career and contract of Leo Komarov in the top 9 for him to get outskated all season? To repeat his performance of one goal over 52 regular season and playoff games?

There’s also the absurdity of the potential to lose Keifer Bellows from the organization. Bellows scores goals. He has 5 in 22 career games getting 3 and a half minutes per game. Bellows will be a 20 goal scorer in the NHL when players like Komarov or Ross Johnston aren’t eating his game minutes.  The current Islanders leadership seems to have no idea about how to handle an offensively talented forward, which will be compounded when Josh Ho Sang makes the Toronto Maple Leafs roster this season. The lack of scoring depth in the organization is problematic, to say the least.

As is the lack of youth on the roster. You think resigning Andy Greene was keeping too old of a player around? Welcome, Zdeno Chara! I’m not saying having experience on the blue line is entirely bad, but wouldn’t just Chara have been ideal? I totally wanted to add Chara and also Zach Parise to add experience, ability, and lower minutes role playing to the roster. But I’d be lying if I said I would have preferred that to instead seeing a Sam Reinhart in the top 6, moving a lesser player into the bottom 6 role. Or even better, Whalstrom in the top six. Also, Robin Salo and Sam Bolduc aren’t NHL ready? You have to break in rookies one a t a time. Having old players like Greene and Chara would be the time to add a kid to learn from their mentorship.

Did I mention the lack of goal depth in the organization? As we see a training camp with an ailing Seymon Varlamov, fans are surely glad that the goalie of the future is here in the form of Ilya Sorokin. But the first callup is Cory Schneider?  And there isn’t exactly a lot of free agent goalies to rush in to service, which really is a failure of drafting- something that has been an issue for the Islanders for about a consecutive decade. JF Berube was recently waived. The Islanders are one injury away from that being a real option. Maybe Lou can talk Brodeur into coming out of retirement?

To summarize, as the Islanders presently stand:

I get that this is a preseason, pre announced roster edition. But I also sense that the roster is already set in the minds of Islanders management. This team is a cup contender, and could be a champion with a tweak or two.

If so, the hopes of this team fall on two things. One is the cohesiveness that Coach Trotz can create with his system and his team, which need to regroup after a summer of trades, expansion drafting, signings, and time. The other is a trade deadline deal, which Lou has gone two for two in the last two seasons. Maybe that’s where the elite talent comes in, because we know it’s not presently here. And without that move? It will be what it always is, which is more of the same.