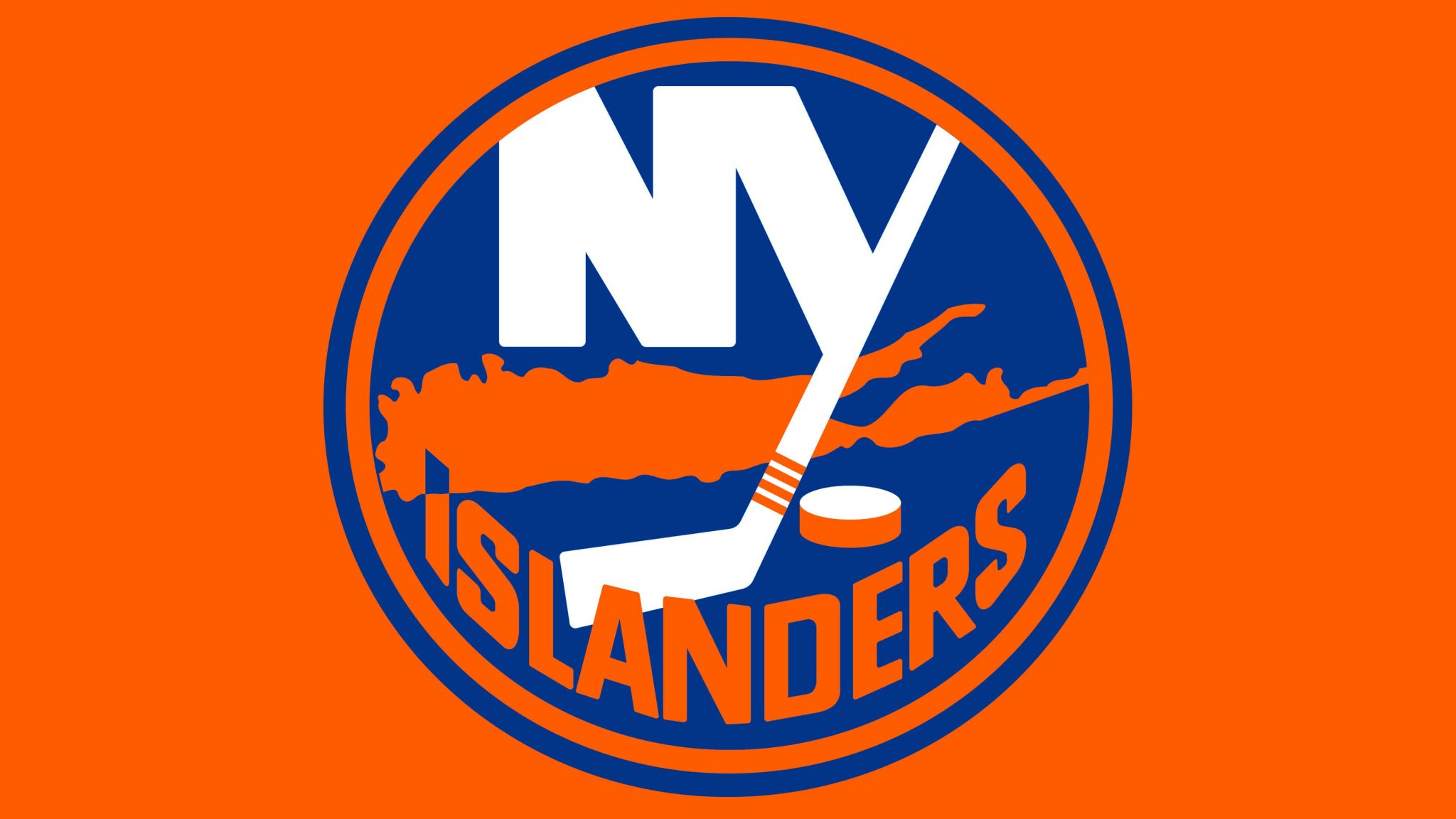 Thank you to Dickens, but I’m getting sued for that.

The Islanders 2019- 2020 season, like the heavily borrowed opening, is a Tale of Two Cities, and of three teams. We’ll address the city part last, and the identity part first.

Then came the next span, where the team played consistently boring hockey, watching their monthly records get worse and worse, until a 7 game winless streak was mercifully ended by a merciless event- the COVID outbreak. Wear a mask, dipshits.

Because all sports are about money and not the fans, the league decided that the summer would be a good time for the playoffs, which would be held in isolation in two cities without any fans in the area. That’s our third and maybe most enjoyable team. Don’t worry, you could still buy all of your 24 team playoff swag on line everywhere. #HerdMentality

After the COVID break, the Islanders looked reborn. They blew past both Florida and Washington before nearly giving away a playoff series to the Philadelphia Flyers. One consistent factor in the Islanders playoff success was their dominance during the 3rd period. In their first 16 playoff games, they won the 3rd period 15 times, which was a necessity because they usually lost the first period in those same games.

One issue that was problematic all season long for the Islanders were special teams, which reared its ugly head in the postseason big time. The power play needed a recharge for just about all of the regular and postseason. To call it brutal would be an insult to snuff porn. The power play came in at 16th out of 24 teams, but remember it was 24 teams because 8 others didn’t even belong there, so actually it was the worst power play in the playoffs. Their conversion percentage was just a little better than half as good as the top power plays in the playoffs. Also, the penalty kill? 13th out of 24 in the playoffs, so they were bottom half, but as #IslesKoolAid would say, that’s the top of the worst!

The penalty kill, which had been strong versus Florida and Philadelphia fell to earth and hard versus Tampa. Even with that, each game in that series with the exception of the first one was a game in which the Islanders could have won.

Take for instance game 2, a heartbreaking 2-1 loss with Tampa Bay scoring the tie breaking and game winning goal in the last 8 seconds of regulation. The lack of goal scorers delivering for the Islanders was apparent, but the lack of ability shone prominently when Josh Bailey received a pass right in front of the goal. There was no defender around him, and Tampa Bay’s goalie was out of position, leaving Bailey a yawning, wide open net to tap a shot into. Bailey instead shot the puck just about straight up in the air. It probably hit the banner of Gretzky’s retired number.  It’s definably the worst shot I’ve ever seen a professional hockey player ever take.  It was absolutely the turning point of the series and for the Islanders the entire postseason.

Some say the Brock Nelson breakway miss in game six did the Islanders in. No, being down 2-0 was too big a hole to overcome. Isles played Tampa even after that, so Bailey lost the series for the Islanders.

In looking back at the regular season and post season, there’s really only one place to look for positives.  Why? If the regular season ended on the same pace as it was going, the Islanders would have missed the playoffs. Also, that John Tortorella didn’t win the coach of the year for what he did with what he had in Columbus? That’s a travesty.

So in short, the regular season was disappointing after November, the postseason was exciting right up until the last goal, and for the first time since before anyone even knew who Monica Lewinsky was, the Islanders could hold their heads up high. Unlike what Lewinsky is famous for.

Islander fans can be proud of the season.  They made their first Eastern Conference Finals ever, as the last time they played in a season this long it was called the Wales Conference Finals, and haven’t had this many post season wins since 1984.

Isles GM Lou Lamoriello won the General Manager of the Year award for turning around a franchise and exceeding the combined accomplishments of the last 25 years of three GM’s in just two years. The team hasn’t progressed this deep into the playoffs since Reagan was President, pre Alzheimer’s. Back then, a blowjob cost $5. I know that because my buddy Joe lived in an apartment above a garage, which also had a smaller apartment above the garage where this hooker lived. And she used to blow him for $5. He was very underage. She’d blow the other neighborhood kids too. Being that I wasn’t in the neighborhood, I must have been suspect, like a narc. No one seemed to care about the pre teen Beej back then. But I digress.

One of the MAJOR differences between the success and failure of this team was that at the trade deadline, Lou went out and got one of the best available players on the trade market. THERE IS A LESSON TO LEARN THERE. Yes, Garth once traded for Ryan Smyth, but the organization was so fucking dysfunctional that Smyth looked around, decided that a $5 hooker for underage boys was more professional, and left the organization for the better schools of Denver, Colorado.

Among the reasons Lou won GM of the year, aside from the culture change he created and the complete removal of that fat disgusting pigfuck Garth Snow from the entire organization at the end of 2019 is worthy of recognition. But more importantly in the immediate term, the trades for JP Pageau and Andy Greene were important for the fresh air they bring to the locker room. In Greene’s case he brought the experience of playing for a Stanley Cup, and Pageau in playing as an underdog in the Eastern Conference Finals.

More importantly they brought the perspective on how everyone else sees you, which is informative to the coaches and players, much in the same way when Butch Goring came in from LA and told the about to be Dynasty Islanders that they didn’t realize how good they were.

Pageau came in without the Trotz indoctrination and was a bit of a wildcard with the offense. He may be a 20 goal scoring 3C, which would mean flanked by Dal Colle and Leo Komorov, the third line will score 20 goals. In the playoffs we saw his offensive and defensive instincts were more honed than some of his teammates, but the Tampa series created a question as to how effective he is against larger players. Guess we have six years and wishing against three draft picks to see if we can solve that mystery.

The Philly series should not even have gone to 7 games. Despite how awesome Varlamov played in games 5 and 6 against Tampa, he was very replaceable against Philly. His up and down play almost makes me wonder if he is tradable in the offseason, and if Greiss can be brought back as a back up and mentor to goalie of the future Ilya Sorokin to save a few million against the salary cap. I’m sure the Russian thing is what worked for Lou regarding Sorokin, unlike when Snow tried to lure Sorokin here with a circus atmosphere and no head coach but a nice practice rink and a train commute with a gear bag to Brooklyn.

Anthony Beauvilier is another mystery. Either he took a big step forward in his development as a forward, or just got streaky at the right time for a few weeks. Time will tell. One player that definitely manned up was Brock Nelson. He took a huge step forward as a player who the organization nearly lost a mere year ago and had 450% more playoff goals than John Tavares this year.

On a personal note, Barry Trotz was masterful in the playoffs regarding getting the most out of what you have. When starting defenseman Johnny Boychuk went down, the decision to play Andy Greene looked brilliant. The old man never looked out of place, and may have earned himself a one year deal with the Islanders as a mentor and 7th D. The insertion of Brassard who immediately scores, the swapping out of goalies when one seemed down, the 7 defenseman game…the guy knows what he’s doing, which is a breath of fresh air for Islander fans after years of guys farting in your face and asking if you enjoy the smell of their cooking.

But there was absolutely one thing Trotz did that bothered me to no end. I know why he did it and I can see it as part of his character, but lord knows I don’t have that much character and would have taken a different approach.

In the series versus the Capitals, Ross Johnston should have ripped off Tom Wilson’s head and shit down his gaping bleeding neckhole. It’s not like Johnston has a lot to offer, and Wilson definitely has earned it with his skill set of dirty hits and series ruining injuries. I get it- Trotz coached Wilson and also respects what Wilson did for him. But I saw that as Trotz protecting Wilson. Ross Johnston exists on this roster to rip off guys heads and ideally shit down their neckholes. Wilson was horribly overdue for such. And if Trotz was saving a suspension to let Johnston rip off Kucherov’s head and shit into his food and airpipes? Well that didn’t happen either. Don’t dress a guy and feed him fiber to not properly use him.

By the way, the reference to a Tale of Two Cities? The Islanders formally divorced Brooklyn during the 2019- 2020 season as I predicted before the season started, and will play their final “old” home season at the Nassau Coliseum in 2020- 2021. By then, their new state of the at arena that’s already been surpassed in Los Angeles before they open will be ready for an extra 8 miles and 40 minutes of traffic. The move to Brooklyn was an insult to a fanbase in not just moving the team away to a different city. It was an insult to Nassau County who didn’t just give in to a criminal with urban development dreams. It was an insult to intelligent fans who know that no one leaves the advantages of a New York market for Quebec or Kansas City. And for the folks saying Belmont is the swan song for Charles Wang? It was more like his ultimate failure that after owning the Islanders for a decade, no one wanted to do business with him, but when you remove criminals from ownership, more synergy exists.

So what’s in store for next season? You’ll find out in the upcoming off season assessment, so stick around.