Suns to the promised lands? 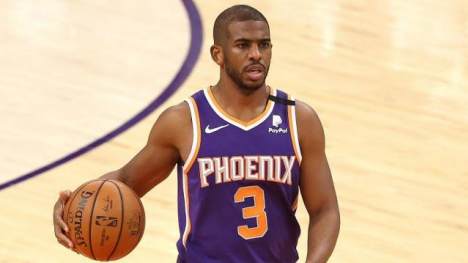 After beating the Los Angeles Clippers in game six with the final score of 130-103, the suns make it to their third finals appearance in franchise history.

In game six, the sun’s MVP was Chris Paul; he scored 41 points with eight assists, no turnovers, and four rebounds. Throughout this year’s postseason, this was Paul’s best game. He shot 66% from the field and 87.5% from three. This game also records his highest three-point attempts and makes this postseason.

Not only did Chris Paul dominate this game, but the team as a whole did. As a team, the suns shot 56% from the field and 54% from three. In addition to that, 47 total rebounds, five steals, and nine blocks. They lead in almost every collum, even the foul collum committing 21 team fouls. Despite the five steals, they still had nine turnovers, also leading the game in that as well. 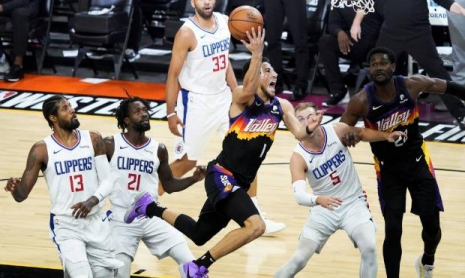 The suns are playing better than other teams, and that’s not because they’re in the finals. After coming off a 34-39 record in 2019, the Suns completely bounced back and went 51-21 this season. Not only that, the suns only were down once, and that was against the lakers after game 3. After that series, the Suns went on to sweep Nikola Jokic and the nuggets. Then, lastly, they beat the Clippers in 6 games. 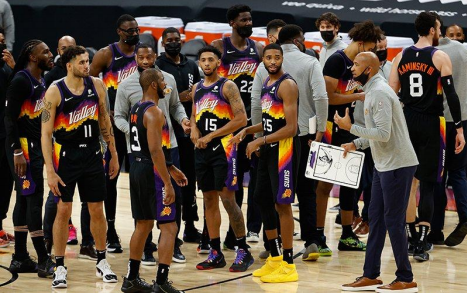 Head coach Monty Williams has guided the Phoenix Suns to the second-best record in the NBA during the first half of the season. After starting 8-8, the team has won 16-19 games. (Photo by Christian Petersen/Getty Images)

Though some might say that the Suns have had an easy way to the finals by playing teams with injured superstars, that still doesn’t excuse the fact that this is the second-best team in the west with one of the best records in the league. Not only that, no one expected this team to break out the way they did, almost making them the underdogs despite their record.

Although this team is young and barely has any finals experience, they might end up taking it all.