Struggles in The Bay 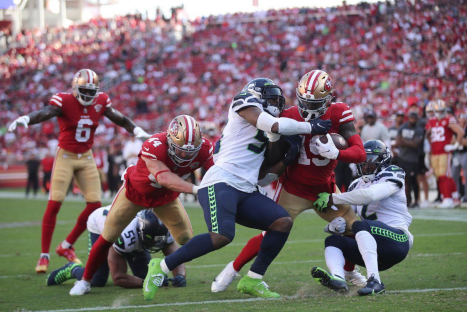 After losing 21-28 against the Seattle Seahawks, the San Francisco 49ers fall to 2-2, making them the 4th seed in the NFC West.

However, games aren’t the only thing they’re losing; with Josh Norman, Robbie Gould, Raheem Mostert, Jimmy Garapolo, among others on the injury reserve list, this is familiar territory for 49er fans who have witnessed not only the dreaded 2018-2019 but also the 2020-2021 season. Spoiler alert, they both ended badly because of injuries, and this season isn’t looking any better.

On top of Injuries, this team is struggling to close out games and score points. We saw a bit of this in week one, where the niner’s defense allowed 16 points despite putting in the second team DBs. Not to mention the 49ers only put up a measly 10 points to the Lion’s 23 points in the second half. In week two against the Eagles, the Niners put on the worst performance of this season, only scoring 7 in the first half and 10 in the second. Then in week three against the Packers, the Niner’s offense looked extremely flat again, leaving the defense tired and barely able to stop the Packers explosive offense. Although the Niner’s almost pulled off a remarkable comeback, terrible time management and defensive playcalling let this team’s performance down. Lastly, in week four against the Seahawks, in the first quarter, the 49er’s defense looked stunning, completely shutting down Seattle’s offense. This only lasted one quarter. After the offense scored 7 points in the first half due to mistakes and missed PAT attempts San Francisco’s offense began to struggle a lot even though they scored 14 in the second half, primarily because of the Seahawks subbing in their second team. 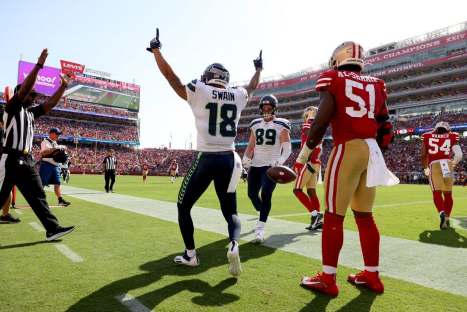 This team has a lot of potential; however, both head coach Kyle Shannahan and defensive coordinator Demeco Ryans need to step up their playing calling and call better plays. Yes, it’s easy to blame coaches for terrible team performances, but in this case, it’s necessary. On offense, Shannahan is playing too passive and doesn’t seem like he trusts his offense to pull off plays that he has stored deep in his brain. Defensively, Ryans seem scared to throw blitzes at teams which is also the Niner’s greatest downfall against the packers to where they should’ve been blitzing a lot more since Aaron Rodgers isn’t the best scrambler.

In darkness, there is light; remember when I said there was potential? Well, the potential is in the youth, which you may ask? Trey Lance, Deebo Samuel, Trey Sermon, Brandon Aiyuk. The two main takeaways from these four are Trey Lance and Deebo Samuel. Analysts all over can all agree that the ceiling for Lance is extremely high, and it’s beginning to show. With three passing and one rushing touchdown, Lance has a chance this Sunday to prove how good he is against the Arizona Cardinals. 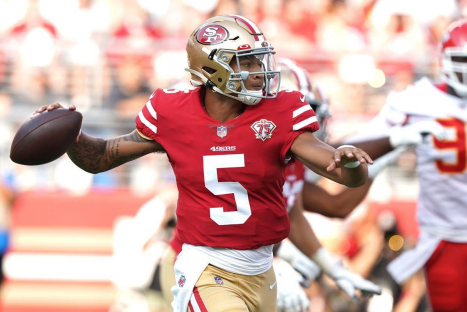 Now on to Deebo Samuel; he’s currently leading the league in receiving yards and almost has the most receiving touchdowns. ESPN even has him projecting to have his first 1000 reception yard year. If he can stay healthy and consistent, Samuel can shape up to be a top 10 receiver and have his breakout year this year. Some call him a gadget receiver, but this is his year to prove the doubters wrong.