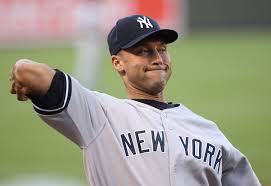 At Cipriani Wall Street in downtown Manhattan, decked out with a red carpet — athletes and celebrities came out to support Jeter and this amazing cause.

From the Turn 2 website: “The star-studded gala celebrated Turn 2 and its work to make a positive difference in the lives of young people. The event raised more than $1 million for the Foundation’s programs that foster academic achievement, healthy lifestyles, positive behavior, social change and leadership development.

“It’s been a long time from when we started,” Jeter said. “I don’t think we could ever have sat down and say it would grow to how big it is now. It’s something my entire family is so proud of.

“It’s good to have a bond with someone like him,” Starks said. “Who has done it the right way throughout his career and right now…Derek and I are good friends. Just a class individual on and off the court.”

John Franco spent 15 seasons in Flushing with the Metropolitans. He’s a four-time All-Star and the team’s all-time franchise leader in saves. On December 6, 1989, at the age of 29, he was traded with Don Brown to the Mets for Randy Myers and Kip Gross.

Franco and Jeter developed their relationship during their careers while playing in New York at the same time.

“I’m here to support Derek and he does a tremendous job with his foundation. When Derek Jeter calls, hey ‘why not’ I’m a local guy and when a local guy does a fundraiser, it’s good to give back.”

Not to worry, the NHL was well represented too. Ken Daneyko is a former NHL player who played his entire career with the New Jersey Devils and currently serves as an analyst for the team on MSG Networks.

“Events like this,” Danyeko said. “The great Derek Jeter who I have a lot of respect for and have known a little bit playing in close proximity in the New York-New Jersey metro area. Try to give back a little bit that you can… always fun to catch up with him. He’s a class act.” 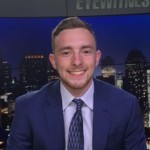