Signing Joe Flacco was another effective move by the Jets 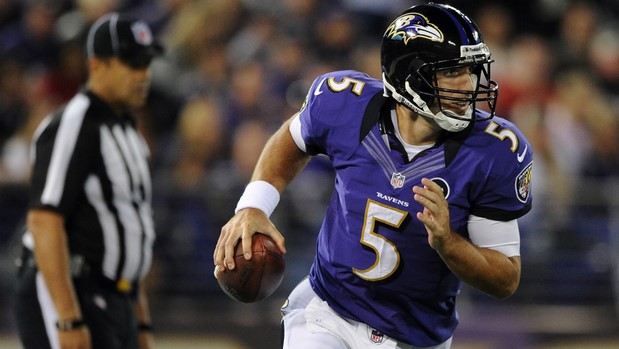 For the first time in a long time, the New York Jets have an answer at quarterback in Sam Darnold. New York doesn’t have to go into offseasons looking for a quarterback because of Darnold and what he brings to the table as he heads into year three, and they can focus on other positions to help him succeed. The Jets have undergone a solid offseason to this point by helping their franchise quarterback by retooling the offensive line, signing Breshad Perriman, and getting a receiver in the early rounds of the draft such as Denzel Mims. However, that doesn’t have to be the only position to help out Darnold.

Backup quarterback usually gets ignored by many because of the position, but when the starting quarterback goes down with an injury, that’s when it helps to have a backup to help out and win a few games. Not to mention mentoring the young starting quarterback, which is what Joe Flacco brings to the table after the Jets signed him to a one-year contract last month. Over the last two years, the Jets backup quarterback situation has been a problem. Darnold has missed three games in each his first two years with an injury and mononucleosis. In those six games, the Jets started Josh McCown, who was a great teacher and mentor to Darnold but struggled in his three starts replacing the injured quarterback. Trevor Siemian, and Luke Falk round out the trio of backups to start. New York went 0-6 in those games. In 2019, the Jets went 7-6 with Darnold playing.

Flacco brings valuable veteran experience as a franchise quarterback on a team, the Baltimore Ravens, for a decade. As well as being the starter in Denver last season before suffering a serious neck injury that forced him to miss the rest of the 2019 year and had surgery on it back in April, which does put his status availability up in the air for Week 1. Flacco’s seen it and been through it all in the league. A lot of winning to go along with frustrating times and struggling through injuries over the last couple of years. Flacco made the playoffs six times in Baltimore, winning ten playoff games and a Super Bowl championship. There arguably could’ve been more playoff wins in Baltimore for Flacco if not for a few drops in the playoffs in 2011 and 2014. 2011 would’ve resulted in a trip to the Super Bowl. That experience right there can be so helpful to a quarterback like Darnold, and Flacco has been in the position where Darnold is in currently in year three.

In 2010, Flacco’s third year, the Ravens brought in an experienced backup in former Rams quarterback Marc Bulger. Bulger had a fine career in the league, spending ten years with the Rams and starting in eight of those seasons. Bulger made the Pro Bowl twice during that span. Bulger helped Flacco a lot in his development in 2010 in a season where, at that point in his career, threw for the most passing yards and touchdowns. Flacco can do the same for Darnold in 2020. He can even help him out within the AFC East.

So far, Darnold’s had his struggles against his own division, especially against the Miami Dolphins and New England Patriots. Flacco has never lost to the Dolphins and when it comes to the Patriots, there’s only a select few of quarterbacks who have played well consistently against them over their twenty years of dominance, Flacco was one of them. Flacco was 2-2 against the Patriots in the playoffs and he really should’ve been 4-0 if not for the aforementioned drops, which also include the Billy Cundiff missed field goal in the 2011 AFC Championship game. Flacco can show Sam their defenses tendencies in the film room.

If Darnold does have to miss time again this year, you can trust Flacco to go in their and win you a game or two, but it goes far beyond that where he helps Darnold and the Jets. Jets general manager Joe Douglas worked in Baltimore for 15 years and was a big influence in the Ravens drafting Flacco in 2008, and the Jets needed a backup quarterback desperately. The Ravens all-time leader in passing, a member of the 40,000 passing yards club, and a former Super Bowl MVP with double-digit playoff wins made to much sense for the Jets. Compared to last year, the Jets quarterback room with Darnold, Flacco, and rookie James Morgan is a lot better, and Darnold should benefit from having Flacco to help further his development.