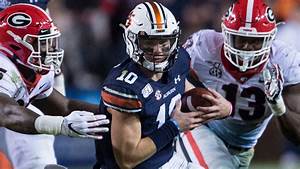 Here are some quick team facts for Saturday’s SEC Games.

– South Carolina: Since losing 12 straight at Florida from 1992-2008, the Gamecocks are 2-3 in their last five visits to Gainesville (lost last two).

Series Note: Aggies: lost seven straight against Alabama since defeating them in their first SEC meeting in 2012 (allowed 43 PPG in those seven losses).

-Auburn: Bo Nix: 218 pass attempts without an interception is the second-longest streak in the nation (Trevor Lawrence, CLEM – 239).

Series Notes: Georgia won three straight and six of last seven meetings against Auburn. Won six straight at Sanford Stadium. From 1993-2001 Georgia was 0-5 vs Auburn at home. Since 2003 they are 7-1.