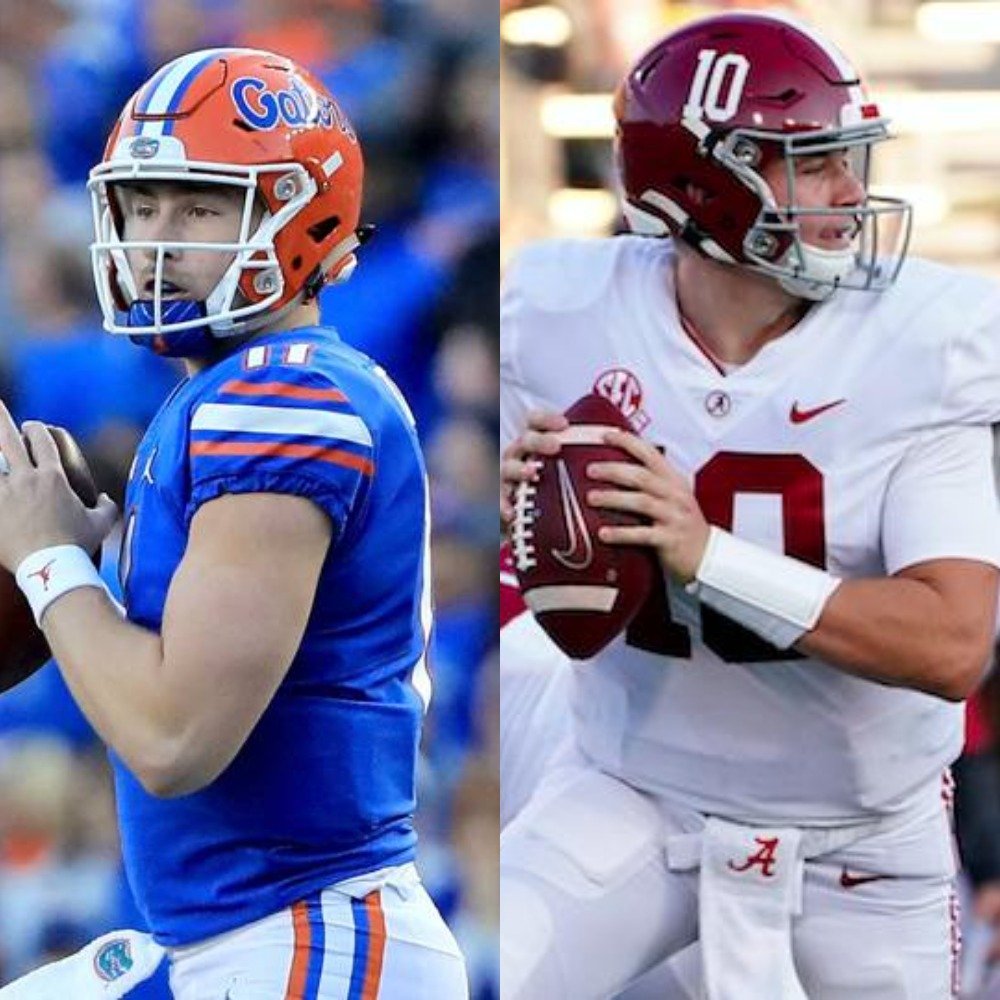 As the calendar turns toward Thanksgiving next week, the College Football world faces difficulty heading into the final weeks of 2020.

The SEC postponed Texas A&M-Ole Miss representing another week of delays that affects the outcome of the season. Last week the conference postponed four games, including Alabama-LSU, which they will likely cancel due to unavailable remaining dates.

Kyle Trask and Mac Jones possess similarities across the board. Both are big, strong-armed QBs, both received their chance after an injury in their junior season, and both have lit up the SEC this season.

This week the Crimson Tide receives another opportunity to showcase their dominance against the East Division when they host Kentucky. The Wildcats lost six straight against the Tide, including going winless at Alabama (0-21). Overall, Kentucky’s lost 36 of their last 38 (one tie) meetings against the Tide, with their only win coming in 1997 (40-34 at Kentucky).

Kentucky’s defense could pose a problem to Alabama, as the Wildcats lead the SEC in fewest passing yards per game allowed with 214.0. They have only allowed three passing TD in their last five games after allowing seven in their first two games.

Alabama takes a 29-game win streak against the East into Saturday’s matchup. Under Nick Saban, they are 38-3 against the East, including 6-1 in the SEC Championship Game.

Both Alabama and Florida head toward a December 19 showdown in the SEC Championship. Here is a breakdown of both teams through six games.

The two opponents last met in the 2016 SEC Championship when Alabama defeated Florida 54-16. Saban’s crew currently holds a six-game win streak over the Gators. This would be the 10th time meeting in the SEC Championship (Alabama leads 5-4).

The Gators head to Vanderbilt on Saturday, where historically they are dominant. Florida won six straight and 28 of last 29 against Vandy, including their last 14 at Nashville.

Since allowing 17 points in their opener against Texas A&M, the Commodores have allowed 39.8 PPG against their last five opponents. Overall Vanderbilt takes a 10-game SEC losing streak into their matchup with Florida.

Auburn and Tennessee face off Saturday for just the third time since 2010. The Vols snapped a six-game losing streak against the Tigers with a 30-24 victory at Jordan-Hare in 2018.

Since taking an eight-game winning streak and leading 21-17 at halftime against Georgia, the Vols opponents have outscored them 133-37. After struggling to start the season, Auburn’s offensive revival in their last four games includes rushing for 224 yards per game, totaling just under 474 yards per game while averaging just under 34 PPG.

Georgia has won two straight and 11 of their last 12 meetings against Mississippi State. Since starting the season 3-0, Georgia has lost to Alabama and Florida to dash their National Championship hopes.

After racking up 632 yards and 44 points in their season-opening win at the defending National Champions, Mississippi State has registered just 263 YPG and 10.8 PPG in losing four of their last five games.