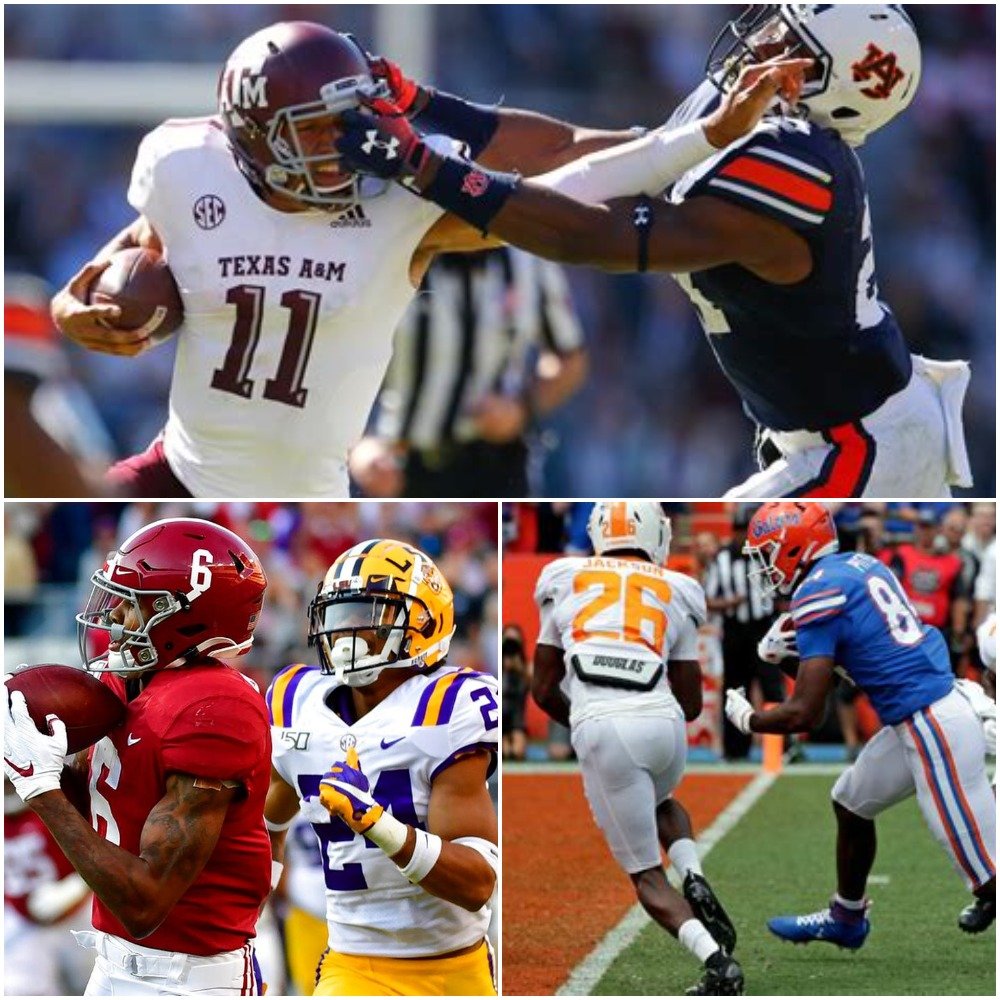 As we enter December, I’d like to express my sincere gratitude to all who read and support us at World Wide Sports Radio Network.

While sports currently brings us together, I’d like to offer everyone my prayers and positive thoughts during this holiday season. With apologies to South Carolina, Arkansas, Missouri and Kentucky, this preview will feature only the games of national significance.

#5 Texas A&M, #6 Florida and #1 Alabama are all on the road this weekend. Alabama and Florida can each clinch their spot in the 2020 SEC Championship Game with wins.

*For the second straight week, the CFB Playoff Committee failed to submit legitimate standings. The Aggies performance against LSU last week dropped them out of the top four. Kellen Mond & A&M’s offense registered a season-low 267 yards. Their 21-day layoff didn’t help, as 13 of their 17 offensive drives resulted in a punt or turnover.

Auburn hopes to play spoiler. The Tigers are a different team at home this season, going 4-0 and averaging 15 more PPG, 50 more YPG, and 40 more rushing YPG.

History – Auburn won the last three games overall in this series. Road teams are 7-1 in this matchup, with Auburn winning the only home game back in 2018. Seth Williams caught the GW TD from Jarrett Stidham with 1:41 remaining to give Auburn a 28-24 win.

Ranked Texas A&M teams are 1-4 in last five against Auburn.

Heisman hopeful Kyle Trask and the Florida Gators travel to Leyland Stadium to take on Tennessee. Trask leads the nation with 34 TD passes. Only B.J. Symons of Texas Tech threw more TD (36) in his team’s first eight games than Trask has this season (2003). Florida can clinch their 13th SEC East Division title and first since 2016. The Gators & Alabama tied for the most division titles since the SEC expanded in 1992 (assuming Alabama wins the West on Saturday).

Since extending the nation’s longest win streak to eight games (2-0 in 2020) entering Georgia on October 10, nothing has gone right for Tennessee. Opponents have outscored Tennessee by 109 points (163-54) in their last nine halves. The Vols hope to avoid their longest losing streak since 1988 when they lost six straight to start the season.

Florida remained in the top four last week with their 34-10 win over Kentucky. The Gators control their destiny concerning the College Football Playoff. If they win out, they will receive one of the four spots.

Series: Gators are 14-1 in the last 15 games against Volunteers.

Alabama can win their 13th division title on Saturday when they complete their rescheduled matchup against the defending National Champions. The Tide waited 392 days and 9,420 hours by the time game-time starts to repay LSU for defeating them in Tuscaloosa.

Mac Jones threw a career-high five TD last week as the Tide completed stage one of their 2019 revenge tour, 42-13 against Auburn. Jones can strengthen his case for the Heisman Trophy, making his first career start against LSU.

Series – Alabama: won eight of last nine against LSU, including four straight at Baton Rouge. Since losing his first game against the Tigers at Alabama, Head Coach Nick Saban has won 10 of 12.