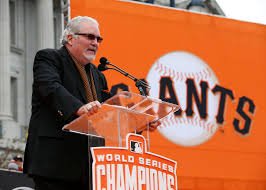 Steve Cohen is a wealthy guy. Crazy wealthy. And yet he’s finding that unless it’s Francisco Lindor, he can’t give his money away.

When Cohen first bought the Mets, he sent out a bat signal for anyone that wanted to be a President of Baseball Operations. He ended up with nobody. Maybe it was his aggressive sounding demand of winning a World Series within 5 years. Whomever was scared away by that probably knows that the extent of the damage done to the franchise by the Wilpons could not be totally painted over in just 60 months.

Fast forward a year. Cohen still has the same wants, but probably has a better idea of how his organization is seen around the league. Having a GM scandal and then a GM scandal probably brought some humility. And while I’m sure that I’m in the minority that firing Jared Porter for something he did while working somewhere else years ago is overreacting and overreaching in a supposedly Christian and forgiving nation, it is what it is.

This offseason, with the same charge as last one, the Mets have so far come up looking foolish. First off, Theo Epstein interviewed for the job, and there was a mutual disinterest. Not that I was there, but I’m sure the conversation was like this:

Epstein: “I expect that if I take this job I’ll be a co-owner.”

Cohen: “You got a $250 million buy in? Because I paid a power of ten more than that for this team.”

Next up was Billy Beane. The former Met player would seem like a wonderful coming home story. Except Beane is a partial owner of the Oakland A’s. Owning a team is basically owning an ever increasing bank account. You can borrow off of it, you never HAVE to sell it, and when you die the value is stepped up so your family pays no taxes on the inherited millions. It’s called “Buy, Borrow, Die.” Look it up if you’re interested in how you get fucked by rich people while blaming poor people for eating government food.

To work for the Mets, Beane would have to sell his A’s ownership. NOT HAPPENING.

Then there was David Stearns. The New York native Harvard grad and former Mets employee has a same position in Milwaukee, so the move would be lateral, which generally teams are not fond of allowing. Plus he’s also still under contract in Milwaukee, so the Brewers rightfully told the Mets to beat it.

After these three strikes, the Mets were talking about all sorts of young guys, like assistant GM’s leapfrogging GM roles and assistant president roles to become a team President. That’s a bad idea. Not because people can’t rise to an occasion, but because this is New York. It’s a huge market. It doesn’t need untested guys cutting teeth in major power positions. We saw how that went with Luis Rojas as manager- which was a flop on any winning standard. How any times do you have to watch guys hit into a shift before you say “Ever think of hitting fly balls and line drives instead of, you know, GROUNDING BALLS RIGHT INTO THE SHIFT?”

But suddenly, there came a beacon of hope. The San Francisco Giants former team vice president, Brian Sabean, had been put to pasture by the Giants. When his contract ran out as Executive Vice President, he was retained as a sort of nebulous Senior Advisor and Scout. Not only did Sabean not want this position, he wanted more.

Who is Brian Sabean? He personally scouted and signed Derek Jeter. He also inked Mariano Rivera, Andy Pettite, and Jorge Posada. So yeah, he built the backbone of 4 World Series winners. Then he went to San Francisco, where he won 5 division titles, 4 pennants, 3 World Series, 2 wild cards, a wild card playoff, and had an over .534 record in 18 years as the GM, which is the 10th highest GM winning percentage since the end of World War Two. That’s an amazing feat considering that the Giants had losing seasons in 5 of the 6 years prior to hiring Sabean despite having MVP’s Barry Bonds and Jeff Kent on the team.

And the 2016 Giants ended the last set of playoff hopes for the New York Mets.

Now, Do I want Sabean determining my roster? Probably not. He seems a little quick in trading youth for veterans. Conversely, he also acquires all stars in trades, which is something the Mets last did with…Mike Piazza?

But would I be ok with him hiring a GM? Assistant GM’s? And a manager? Absolutely. In fact, he probably comes with a manager.

Bruce Bochy was Sabean’s guy with the Giants. When the Giants won 3 World Series? It wasn’t with 2 time manager of the year as a Giant Dusty Baker. It was with Bruce Bochy, who was also a strong manager with the San Diego Padres, where he won three division titles, one pennant, and was a manager of the year. Bochy has 2003 career wins as a manger, making him 11th all-time among managers. All of the top 10 winningest managers are in the Baseball Hall of Fame. Expect the same for Bochy.

So are a probable Hall of Fame manager and a potential Hall of Fame GM with n eye for young talent willing to come to New York? Based on recent Mets events, if they do? We’ll find out that Bochy eats puppies for breakfast every day, and that Sabean has a plantation full of slaves in Uruguay.

But what if they come here without baggage? Well, they’re old, people would say. Probably millennials, who think that you shouldn’t criticize anyone. Except old people. You can skewer the fuck out of old people. But is that smart? And are millennials?

Dusty Baker is ancient, and he’s playing for the World Series. Somehow being old isn’t exactly an occupational hazard in baseball. In fact, history see it as a plus. Having seen and reflected on everything? You’re not so likely to make basic mistakes. Like letting your hitters ground into a shift instead of telling them to uppercut a baseball, Kris Bryant style.

Oh, that’s the other thing. Sabean was not afraid to acquire players via trade as a Giants GM. But with the Mets? He has an unlimited checkbook to go free agent shopping. Or to let the GM he hires do such.

So, if that GM was me? Buhbye, Michael Conforto. Welcome, Kris Bryant! Carlos Correa? Welcome to third base. Bret Baty? Get used to left field- that’s your job in 2023. Welcome back, Javier Baez. You can’t give up your top outfield prospect for a few weeks of a guy that hit .300 for you. And you can’t let him go to the Yankees and own the back pages of newspapers for the next 8 years. Plus it’s always good to add World Series winners to your organization.

I’d also ask Minnesota about super oft injured Byron Buxton. He would be an easy trade target, and he would be an absolute upgrade as backup over Kevin Pillar. Also, bringing back Jonathan Villar is a lay up.

I’d be looking to trade some players. Dominic Smith is one of them. Robinson Cano is another. And Jeff McNeil or J.D. Davis rounds that out, despite both of them being “super subs.” One super sub can work. Cano probably needs to be traded with salary retention. No biggie. But a super sub and Smith should get you assets. Maybe prospects are needed? Or pitching?

Then go out and get the most dangerous hitter you can for the upcoming DH position. I’d recommend a guy that hit 300, while also showing 30 home runs. Nick Castellanos comes to mind.

I can get into pitching here as well, like the obvious bring back Marcus Stroman and Aaron Loup, and trade Carlos Carasco back to the American League. I haven’t sent in my resume for GM yet, and don’t want scrubs stealing my roster moves, but philosophically, I want as many guys throwing 100 miles per hour as possible, like the 2015 Mets.

Steve Cohen may have been handed a golden opportunity to save face and hire a battery that has a winning pedigree, while still being able to add youth to the organization in the assistant GM and GM positions. There is a chance for culture change to come to the Mets. That would be winning, if you’re a Mets fan and unfamiliar with the concept. So my question for everyone is, how will the Mets pull a Mets and screw this up?