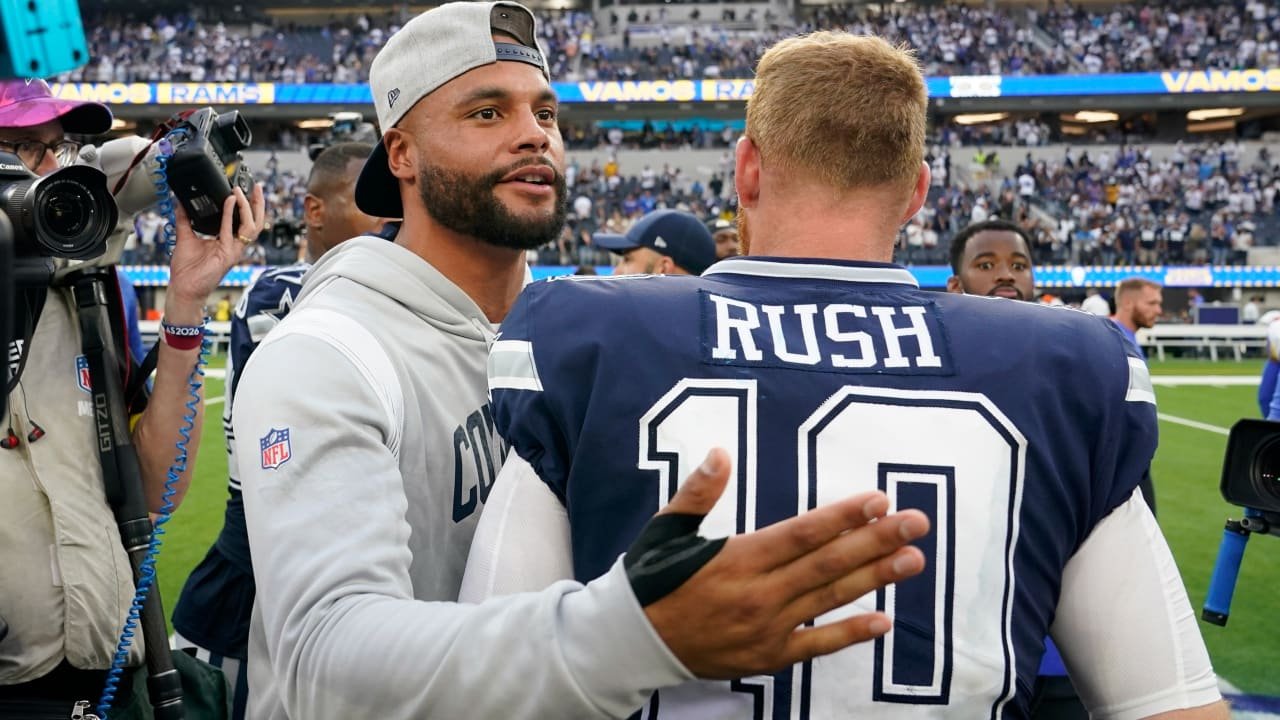 (Is this the change of the guard between Dak and Cooper)
After becoming the first Quarterback in Cowboy history to win his first four starts, Cooper Rush made it 5 from 5 after a convincing 22-10 win over the defending Champions LA Rams, the man in charge of Jerry World is the Ginger QB in town and it has cost $150 million less.

Rush is the man of Dallas, not putting up extraordinary numbers, but he has been helping the team grind. The Cowboys have had a stellar defensive structure this year, seemingly surpassing last season’s defense, with former player and Dallas legend Michael Irving calling it “finger licking”, but on the offensive what is next for Dak Prescott? 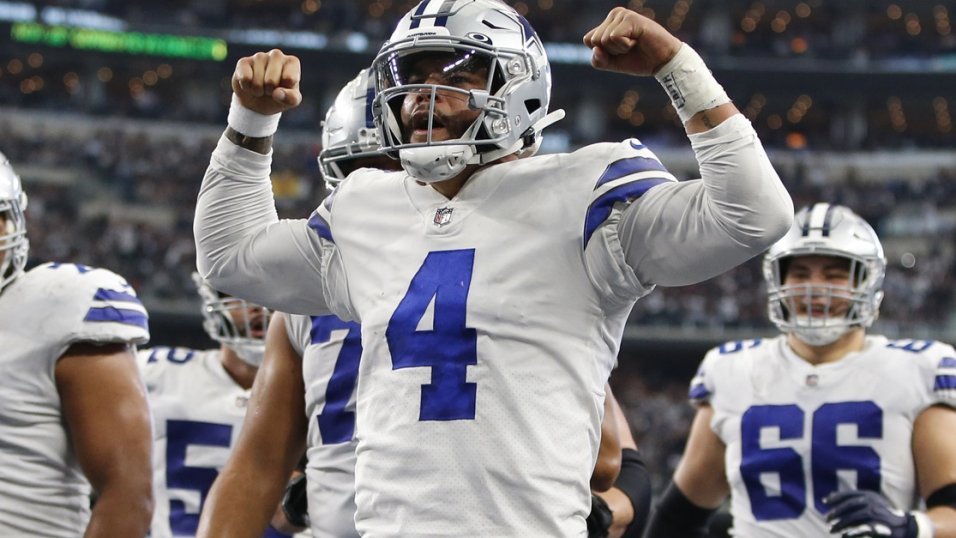 (Could Prescott be replaced)
Prescott led the year in QBR last season up until the playoffs and showed glimpses of what he could be, and what he could lead the team to. He is currently fighting to become fit to regain his QB1 status, however, with the form of Rush it will be a difficult task and “good controversy.”

With Prescott and Rush fighting for the number one spot with the latter on the up and up, the last time a starter of Prescott caliber was benched for a weaker alternative, Tom Brady benched Drew Bledsoe, not saying Cooper Rush is as good but the scenarios are very similar.