RING ME UP BABY 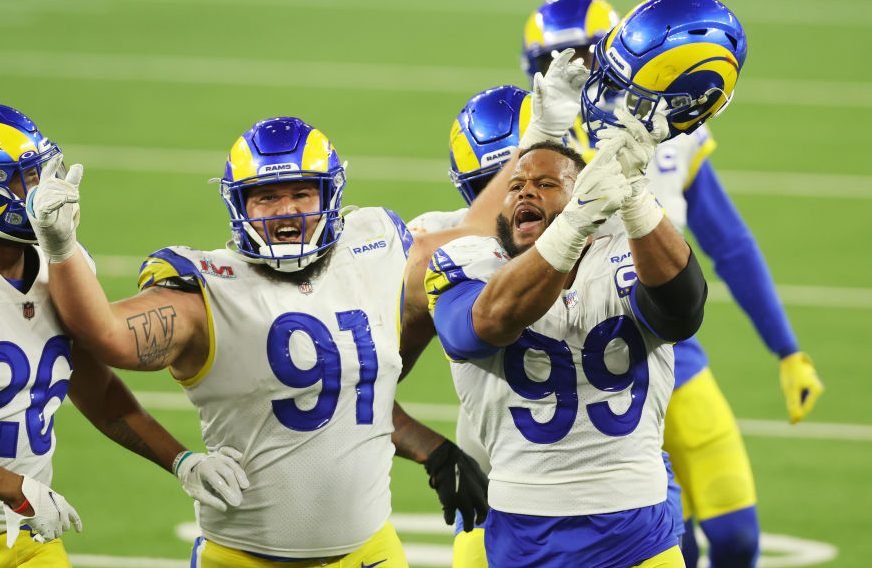 (Getty Images)
AND BREATHE! What a pulsating climax to the NFL season that was in SoFi stadium resulting in the Los Angeles Rams being crowned Super Bowl LVI (56) Champions. What a season it has been for LA, culminating with a 23-20 win over the Cinderella story Cincinnati Bengals, leaving QB Joe Burrow with a real footballing lesson.

The Rams got off to an early lead with Matthew Stafford finding Odell Beckham Jr. In the endzone for the game’s first score. Watching that I kept saying “Odell was the problem wasn’t he? CLEVELAND ARE YOU WATCHING?” Unfortunately, OBJ had to be helped off the field in the 2nd quarter with a knee injury which temporarily shifted the momentum.

Super Bowl MVP Cooper Kupp was being doubled all ends up since then leading to Stafford trying some unwarranted throws leading to a lot of dropped passes and the interception when targeting Van Jefferson. This is where the Bengals began to make their mark. When Joe Mixon found Tee Higgins for the first touchdown for the offense, yes you read that right, the Bengals closed the early lead set by the Rams, and with the place holder messing up the extra point for Matt Gay after a Cooper Kupp score, apart from mathematically, the Bengals were on top. 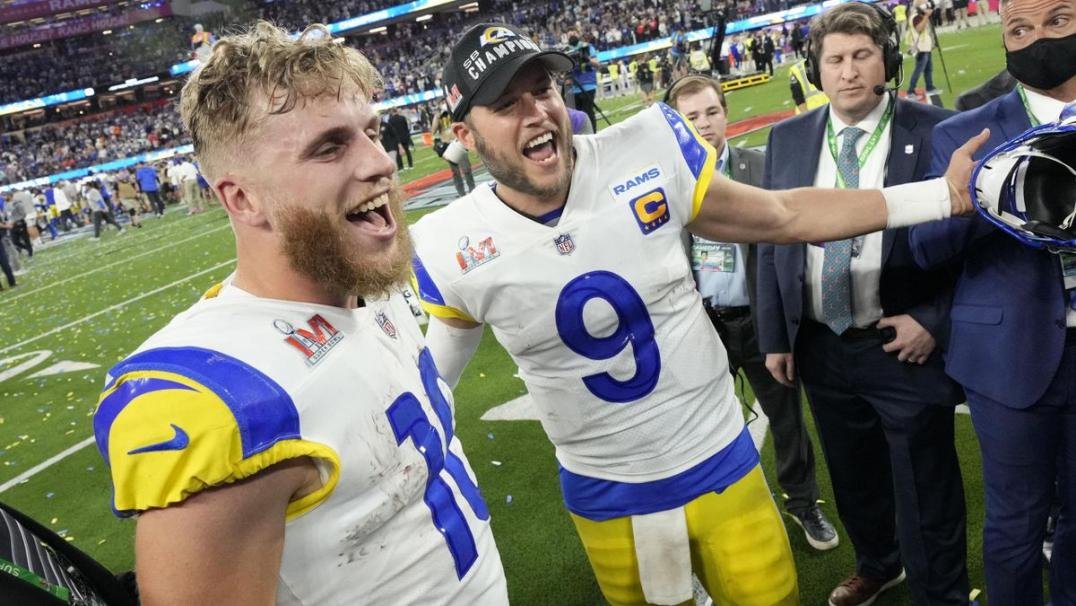 (Getty Images)
After the stupendous halftime show with stars Snoop Dogg, Dr. Dre, Mary J. Blige, Kendrick Lamar, Fifty Cent, and Eminem, who as usual had some controversy attached to him, Burrow came out gun slinging with a dart down the sideline to Tee Higgins who quite clearly had the grip of Cornerback Jalen Ramsey’s face-mask, which should’ve been called but not even checked by the referees, and led to the Bengals taking the lead 17-13.

After some frustrating plays later and the lead being extended by Cinci, Aaron Donald and Von Miller took over. Donald usually is guarded by two offensive linemen, had Von Miller now playing like a defensive end instead of linebacker that he does. The big conversation begins at 3rd & Goal for the Rams down by four, Stafford aims for his favourite target Kupp but the pass was broken up by Logan Wilson – but the flags fly. “Holding, Defense number 55, automatic 1st down.” That call was as far away from the truth, but in fairness, they were just making up for the no-call to start the half. 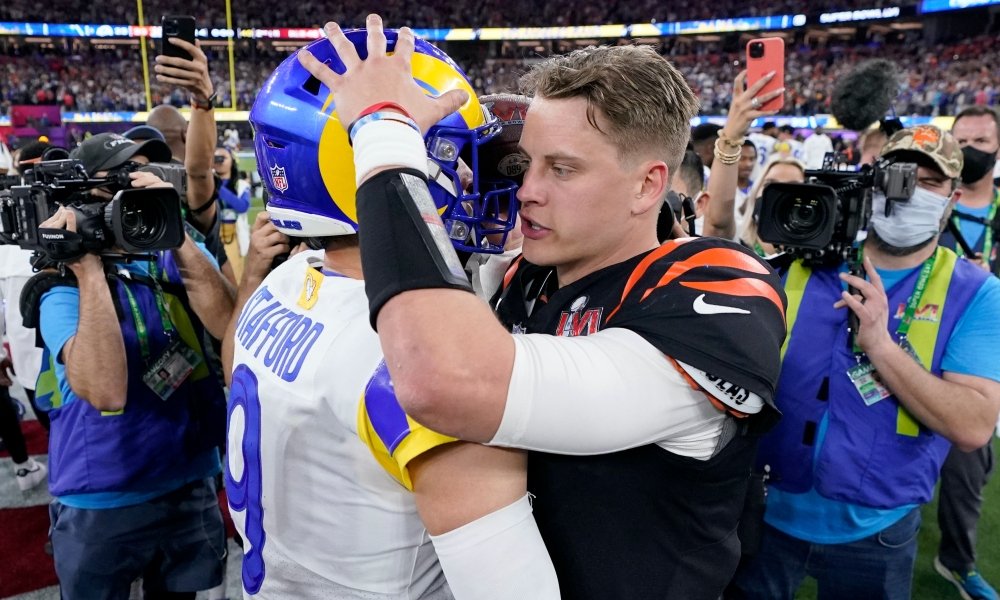 (Andrew Joseph – USA Today)
This led to extending the drive, and to the game-winning touchdown by Cooper Kupp to put the ball in Burrow’s hand with 90 seconds remaining. One thing that I was convinced of was Burrow cannot lead a team to a touchdown within the last two minutes, to a field goal maybe, but never a touchdown and it showed Sunday night. 3rd and 1 and for some reason, Zac Taylor decides to run the ball and that backfired.

Aaron Donald being held by the offensive lineman used only his right hand to stop Samaje Perine from getting that one yard. Perine is 5”11, 240 lbs, and was stopped with ONE HAND. Now, this is it, this is the game. 4th and 1, the ball in the hands of the QB, sounds like the NFC Championship game and we know how that ended. “Burrow trying to keep it going, spun down, gets it away and incomplete” was the call from Al Michaels as Aaron Donald got through to secure his first Super Bowl title.

Well deserved victory for the Rams who sacrificed so much to build this team, with Sean McVay at the helm, the first ring for Matthew Stafford in his 13 seasons, and a first for Andrew Whitworth, Walter Payton Man of the Year. Commiserations to the Bengals but if they can protect Burrow next season, they will be back, because to be sacked 70 times and play in the Super Bowl, they are gonna be dangerous.