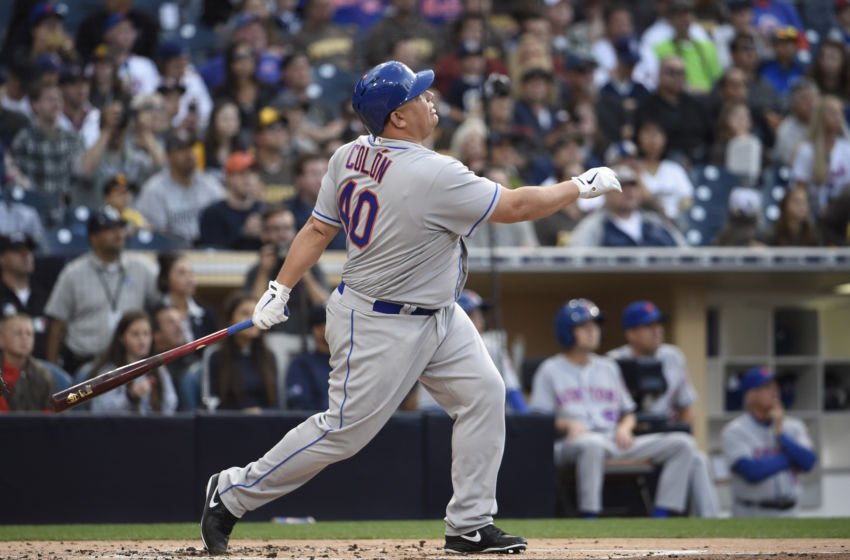 It is one of those moments that will live in baseball lore forever.  You remember where you were, what you were doing, and maybe even what the first words out of your mouth were.  On May 7, 2016, New York Mets’ pitcher Bartolo Colón stepped into the batter’s box at Petco Park with a .089 career batting average.  What happened next?  Well, let’s just say Colón’s helmet flew off, but not because he struck out.

Except for spending half of the 2002 season with the Montreal Expos, Colón played his previous 16 years in the American League before signing with the Mets in 2014.  Pitching in the American League obviously means you do not focus on hitting because of the designated hitter.  Before joining the Mets, Colón registered only 104 plate appearances, which produced 10 hits and 56 strikeouts.

Colón put on a show in every single one of his at-bats in Queens.  Even though most of his at-bats resulted in his helmet flying further than the ball, Mets fans adored Big Sexy’s hefty swings and misses.  Despite all of Colón’s flails at the plate, he smiled through them all.  More importantly, baseball fans knew that if he ever made contact, Bartolo Colón could provide some serious thunder. 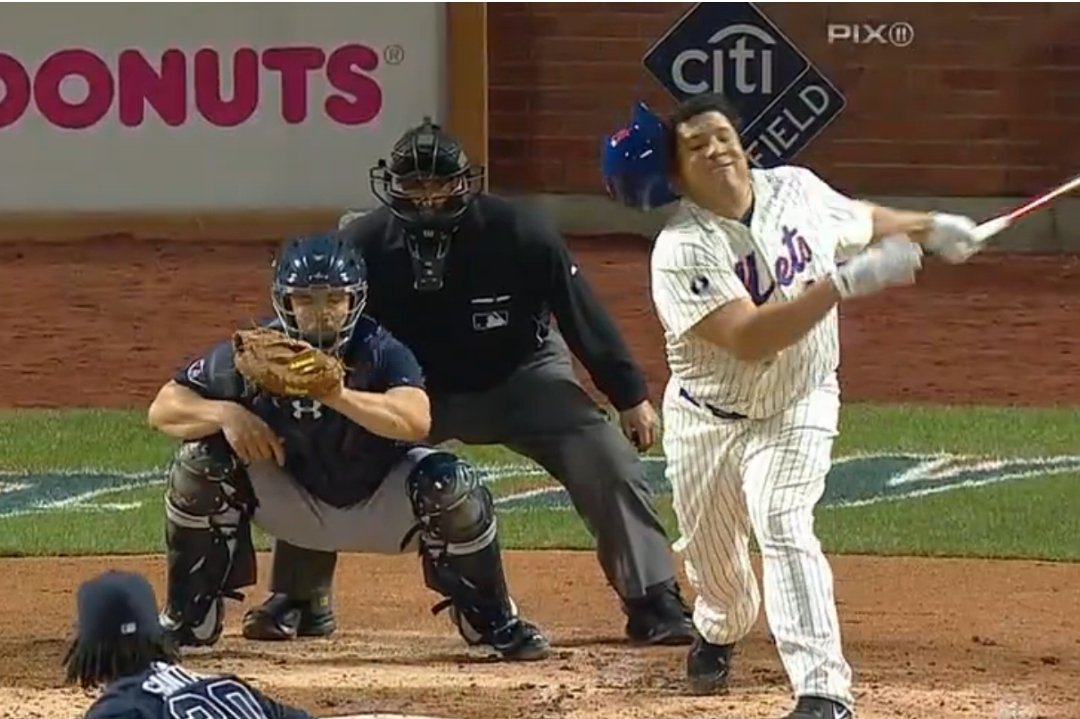 Initially, there was anything but thunder in San Diego on May 7, 2016. A picture-perfect, 60-degree evening saw 41,028 fans in the stands at Petco Park.  On the mound for the Padres was their $75-million-dollar man: James Shields.  “Big Game James” as he was called did not put on a memorable performance, but only if you are a Padres fan.

Yoenis Céspedes opened the festivities with a two-run home run in the first inning.  Little did anyone know; it was not the only two-run bomb they would see that night.  As the game moved to the top of inning number two, the Mets’ lower part of the batting order looked to extend their 2-0 lead.

After Neil Walker lined out and Asdrúbal Cabrera grounded out, Kevin Plawecki doubled to center field.  Most Mets fans were probably happy solely because it brought up Colón, which meant the pitcher’s spot would be cleared and the top of the Mets’ lineup would lead off in the third inning.  No one knew what was about to happen.

A Bartolo Colón at-bat was a roll of the dice.  Sometimes Colón took three fastballs right down the middle and went back to the dugout.  Other times Colón went up there hacking viciously, and this was one of those times.

Colón calmly took the first pitch for ball one and then the second pitch for strike one.  Looking to get ahead in the count, Shields figured there was no harm in grooving another meatball over the dish with Colón in the box.  Well, Colón sent Shields’ poor little meatball flying 365 feet.

Just about as iconic as Colón’s clout was Gary Cohen’s call on PIX11.  The impossible had truly happened.   Colón homering was remarkable enough, but he also became the oldest player in Major League history to hit his first career home run.  At 42 years old, Big Sexy took the record from Randy Johnson.  Johnson was 40 years old on September 19, 2003 when he hit a solo home run off Doug Davis of the Milwaukee Brewers at Miller Park.

If the night could not get any more memorable, Bartolo’s bomb turned out to be the game-winning hit.  After Colón allowed a three-run home run to Jon Jay in the bottom of the third, he and the Mets’ bullpen held down the fort.

Runs were not scored again until the top of the ninth inning, when David Wright and Michael Conforto joined the home run parade with back-to-back solo shots.  Jeurys Familia nailed down the 6-3 win for the Mets and Colón with his ninth save of the season.  Big Sexy homered and was the winning pitcher all in the same game. 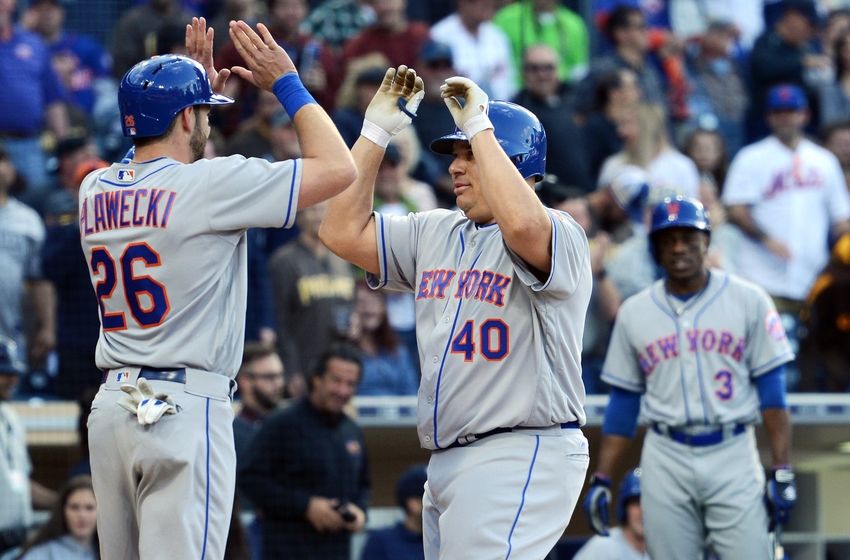 If 2021 is in fact the last year of pitchers hitting in baseball, moments like these will be missed.  It does not happen often, but watching a pitcher leave the yard is memorable whether it is witnessed in person or on television.

Bartolo Colón’s at-bats used to be comedy, but like a shooting star, his bat struck baseball.  So next time you watch Bartolo Colón’s hitting highlights, just know that all those flails and flying helmets paid off.  To quote Gary Cohen, “You knew if he ever made contact in just the right way he was strong and enough to do it, and now Bartolo has brought down the house.”