Rangers Rack up Two Wins in One 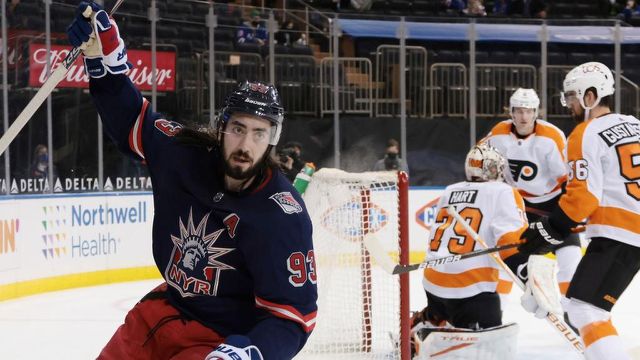 It has been multiple days, but it still has not fully processed through my mind that the New York Rangers celebrated St. Patrick’s Day by netting nine goals against the Philadelphia Flyers. Safe to say the Rangers’ St. Patrick’s Day gold was successfully potted. The Flyers of course are a playoff contender that the Rangers ran off the ice in a 9-0 win. A win which got the Blueshirts back to NHL .500 at 12-12-4. Nine-goal outbursts are fun, and it is great to put two points in the bank, but the Rangers’ drubbing of the Flyers saw slumps go by the wayside. In a 56-game sprint of a season, the individual performances were the biggest victory for the Rangers. The team and certain players needed to get going, and they certainly did just that.

Mika Zibanejad, who had been in a season-long slump with 11 points in 27 games, must have been feeling the luck of the Irish on this night. Before Zibanejad, the main event, Adam Fox came off the COVID list with a savvy pass to set up Brendan Lemieux to put the Rangers on the board first.

Quite a way to announce your return from COVID protocol.

The Rangers should have signed Bruce Buffer to a one-day contract because as mentioned, Zibanejad was the main event. And he announced himself as just that with his second period performance. Zibanejad recorded two hat tricks in the middle frame. One being an assist hat trick, and the other being an actual hat trick as Zibanejad deposited three pucks in the net.

The Rangers’ star center was organized in his efforts as well, notching all three helpers to start the period, and all three goals to end the period. With his three assists in the span of five minutes and 52 seconds, Zibanejad almost equaled his season total of four. He obviously got tired of assisting, so Zibanejad started scoring. In the span of 10 minutes and 10 seconds, Zibanejad equaled his season total of goals of three with his natural hat trick. It was the perfect hat trick for Zibanejad with one short-handed goal, one power play goal, and one even strength goal.

To recap Zibanejad’s rampage of a game, or should I say second period, number 93 recorded three apples and that natural hat trick to give him six, yes six, points in the period. The six-point performance by Zibanejad gave him more than half his previous season total.

Not to be forgotten is Alexandar Georgiev, who came out of a slump of his own with a 26-save shutout. In his two appearances prior, Georgiev allowed seven goals on 20 shots, which comes to a .650 save percentage. With Igor Shesterkin injured, Georgiev put his struggles behind him and proved to be a blockade between the pipes. Even with the offensive outburst, Georgiev still cracked the highlight reel with this extraordinary save on Nolan Patrick to preserve his shutout.

As Zibanejad and Georgiev got back on track, Pavel Buchnevich maintained his solid play as chipped in two goals and two assists. Buchnevich, who is a restricted free agent at the end of the season, has been scoring like he is in a contract year with 29 points in 30 games. It would be smart of the Rangers to give Buchnevich a nice chunk of change and keep him as a piece to the puzzle of the young and rising Rangers team.

Along with Zibanejad, Buchnevich was the other ringleader of the Rangers seven-goal barrage in the second period. The two combined for five goals and five assists. Buchnevich has shown he can and could continue to be a solid line mate for younger and developing players like Kaapo Kakko and Alexis Lafrenière.

It was Lafrenière who assisted on the final goal of the night as Filip Chytil scored the ninth and final tally of the night for the Boys in Blue. 9-0 is beautiful in the box score, but when Rangers fans see how 9-0 came to be, they will smile a little wider. Especially now after seeing the Rangers’ last two games, which has seen Buchnevich and Zibanejad continue their strong play. The two have picked up a combined six points en route to two wins including a game-winning goal from Zibanejad in Washington on Saturday.

But last Wednesday’s explosion on Philadelphia was the upstart the Rangers needed. It was a complete team effort from the top to bottom of the roster. An effort that will be remembered as one of two parades in New York City that day. First came the St. Patrick’s Day parade…and then came the Rangers’ nine-goal parade on the Flyers. 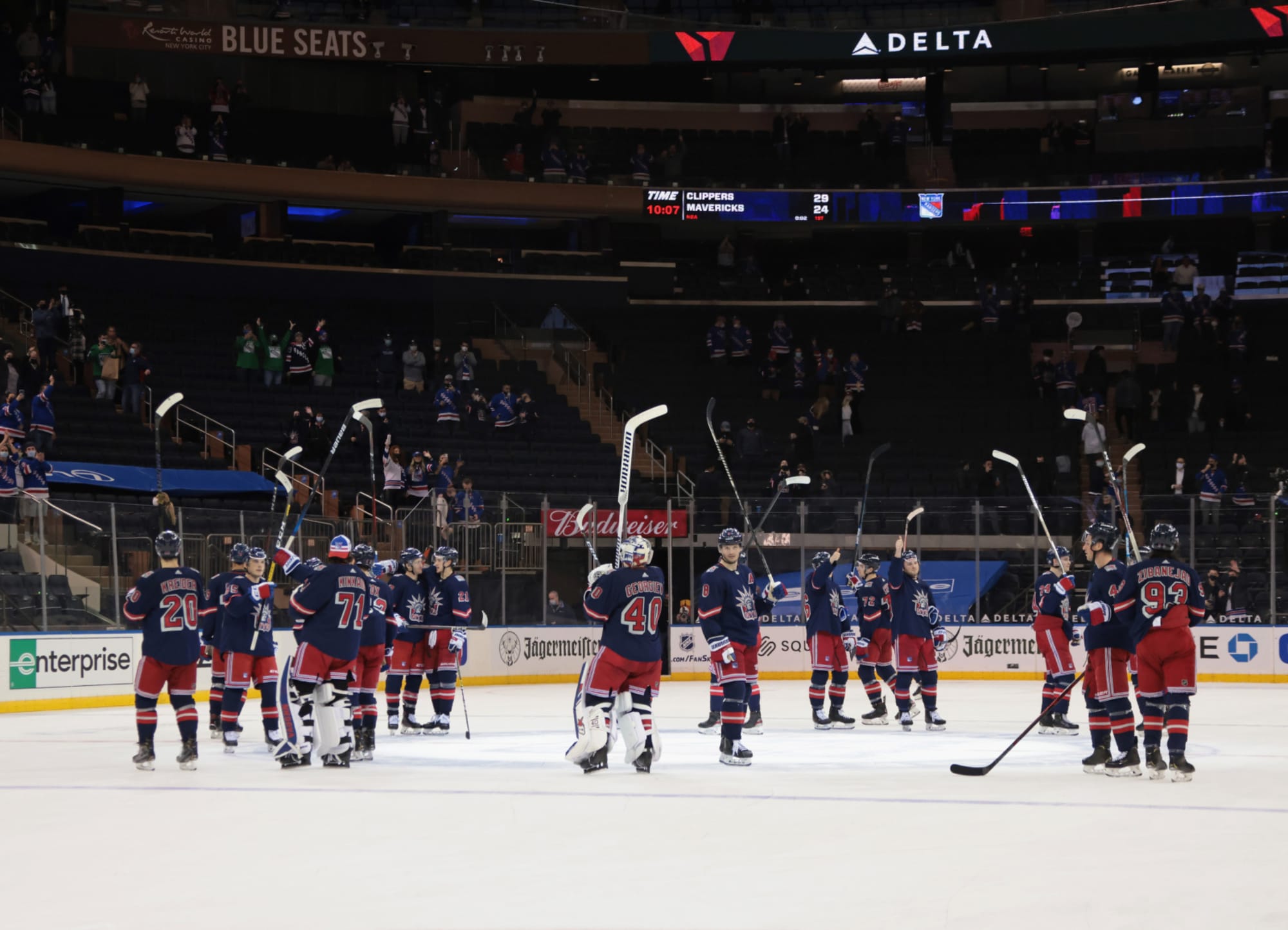