PRESCOTT TO STAY IN JERRY WORLD 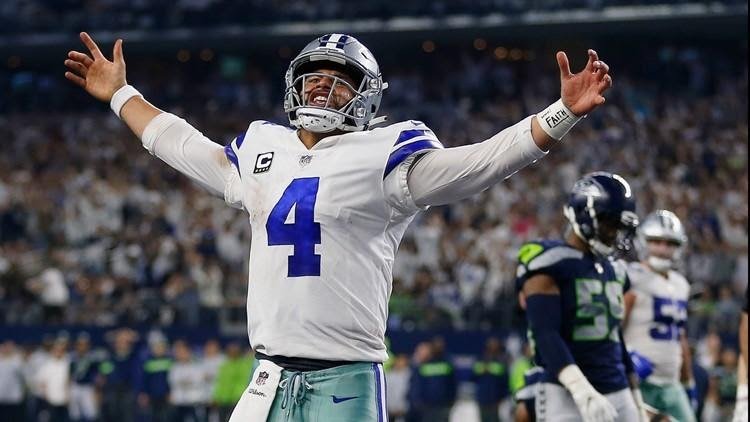 On March 10, 2021, the Dallas Cowboys agreed on a mammoth new contract. The deal is worth $160 million over the next 4 years, inclusive of $75 million in his first year of the new deal, and a $66 million signing-on fee. Also, it has the most guaranteed money in NFL history, $126 million! That is more than 2016 number 1 overall pick Jared Goff ($120 million), and number 2 overall pick Carson Wentz ($119 million). Now he is the highest earner in the NFL, but is Dak Prescott worth that big paycheck from Jerry Jones? Personally, I think not, and it is a mistake. To be fair to Prescott, since his debut to the end of the 2019/2020 season, only Tom Brady has won more games (37) than Prescott (35). That sounds astonishing to those who are on about statistics, but how about this stat for you; One (1) playoff win. That is a real column Prescott must try and improve upon. 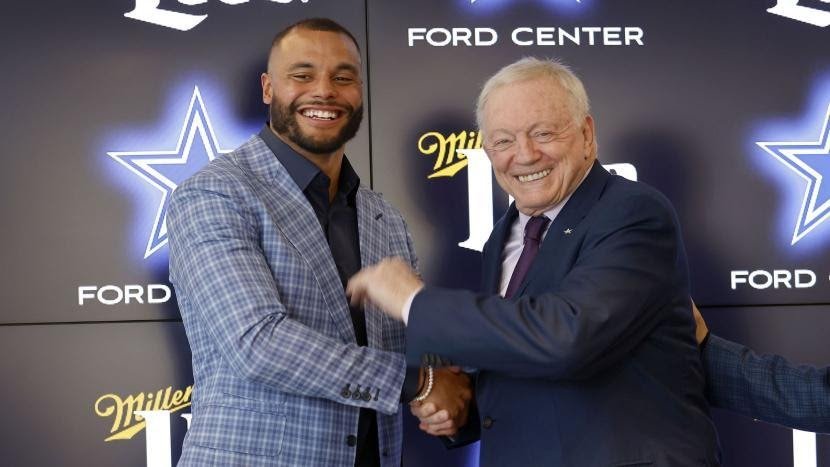 With those astronomical figures, you must wonder; with only 1 playoff win, how has he gotten so much money? Putting this into context, Troy Aikman who won three Super Bowls for the Cowboys made $55 million IN HIS ENTIRE CAREER. Tom Brady, a seven-time Super Bowl champion (six with New England and one with Tampa Bay) will be earning $28.3 million this season, as opposed to Prescott making $75 million. Even his signing-on fee ($66 million) is higher than what Brady is set to earn. In Hindsight, the franchise is tying down they’re future QB, but on another logical level, he hasn’t done anything that has warranted that figure.