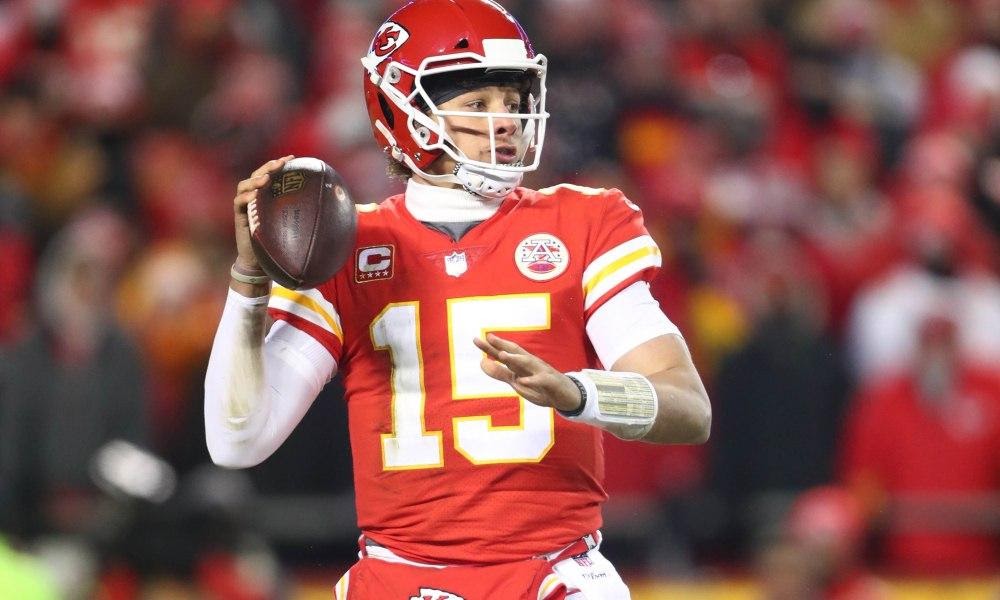 With the NFL Draft just weeks away, teams are getting set and making their final preparations on their draft board for draft week. While a lot of teams are set or at least appear to be set at the quarterback position, teams in desperate need for a signal caller like the Miami Dolphins, Los Angeles Chargers, and Cincinnati Bengals look to be taking one at the top of the draft. Before the draft, lets look at where the current starting quarterbacks in the league rank in their own division, starting in the AFC.

The clear best quarterback in this division is Patrick Mahomes, and that looks to be the case for a long time as Mahomes has now won the NFL MVP and Super Bowl MVP awards in his first two seasons starting for the Kansas City Chiefs. Its after Mahomes where the list gets tricky. The veteran Carr gets the number two spot because of his experience and he did have a solid year in 2019. The problem is his future seems to be murky now in Las Vegas, and the Raiders just had a visit with prospect Justin Herbert. Lock did well for Denver and looks to grow more as the starter going into his sophomore season for his first full year as a starting quarterback. The Chargers also met with Herbert recently, but they will give Taylor a chance to compete and start in 2020. Taylor was up and down in Buffalo and was in Cleveland before heading to Los Angeles. Taylor is a veteran with experience but has never really proven to be a franchise quarterback since leaving the Baltimore Ravens as a backup for four years in 2015.

As good as Lamar Jackson was in 2019 by winning the MVP award unanimously, it’s hard to go against Ben Roethlisberger for the top spot as far as quarterbacks in this division. Lamar has struggled so far in the playoffs and Ben is one of the best in January and has won two Super Bowls. Jackson vs. Roethlisberger is going to be fun to watch next season as they look to meet for the first time. Coming off a disaster of a season, Baker Mayfield takes third as he now gets his fourth head coach in three years. Andy Dalton looks to be out in Cincinnati with Joe Burrow possibly on his way to the Bengals, but as of now Dalton is still on the Bengals roster, and reportedly the New England Patriots have no interest in Dalton.

The Tom Brady era is officially over in the AFC East after twenty years as Brady shocked everybody and signed with the Tampa Bay Buccaneers. Now, we get to find out which quarterback will take over as King of the AFC East and right now, I think Sam Darnold is the top quarterback in the division. Darnold’s had his bad moments for sure but considering the talent around him and the mess of an offensive line, Darnold has been good and has worked well with what he’s got. If the Jets have indeed fixed the offensive line, then Darnold will take more steps forward in year three. Allen improved a lot in year two and helped lead the Bills to the playoffs. Allen still struggles with accuracy issues, but Buffalo acquiring Stefon Diggs adds another playmaker for Allen who already has Cole Beasley and John Brown. Fitzpatrick adds veteran experience and played relatively well for Miami last season and will be a good placeholder for whomever the Dolphins select at quarterback come the draft. As for the Patriots, they have veteran options like Dalton, Joe Flacco and Cam Newton if they want to sign one for a season or two, or maybe they make a move in the draft to get their new franchise quarterback, but Bill Belichick looks to be high on the young Jarrett Stidham. Stidham was a fourth round pick out of Auburn and played decently in the 2019 preseason. Stidham, if he is the starter week 1, has a tall task succeeding Brady, especially considering how Brady and the Patriots went their separate ways.

In the AFC South, Watson is the quintessential top quarterback in the division and one of the best in the league. However, the Houston Texans and Bill O’Brien did their star quarterback no favors by trading star wide receiver DeAndre Hopkins to the Arizona Cardinals for running back David Johnson and a second-round pick. Nevertheless, Watson is still one of the best, but losing Hopkins is a big blow. After Watson, it was tough to decide between Rivers and Tannehill. Rivers is starting up fresh in Indianapolis and I think is a future Hall of Famer, but Rivers is coming off the worst season of his career and throwing 20 interceptions, third most in the NFL last season. Tannehill had his moments in Miami but ended up flaming out and had trouble with injuries. He was signed by Tennessee as not only the backup for Marcus Mariota, but as insurance just in case Mariota continued to struggle. Mariota did struggle, and when Tannehill took over, he had a tremendous second half of the season and helped the Titans out to two playoff road upsets over the Patriots and Ravens and a trip to the AFC Championship. Tannehill was given a big contract from the Titans and is now being given a second chance as a potential franchise quarterback. In the end, I gave Rivers the edge because we have to see how Tannehill responds as a full-time starting quarterback again and Rivers will look to bounce back after a rough final year with the Chargers. As for the Jaguars, they’re looking to roll with Minshew for now and it’ll be interesting to see if Jacksonville decides to draft a quarterback. For now, though, Gardner Minshew is the guy going forward for the Jaguars after Nick Foles didn’t work out and they traded him to the Chicago Bears for a fourth-round pick.