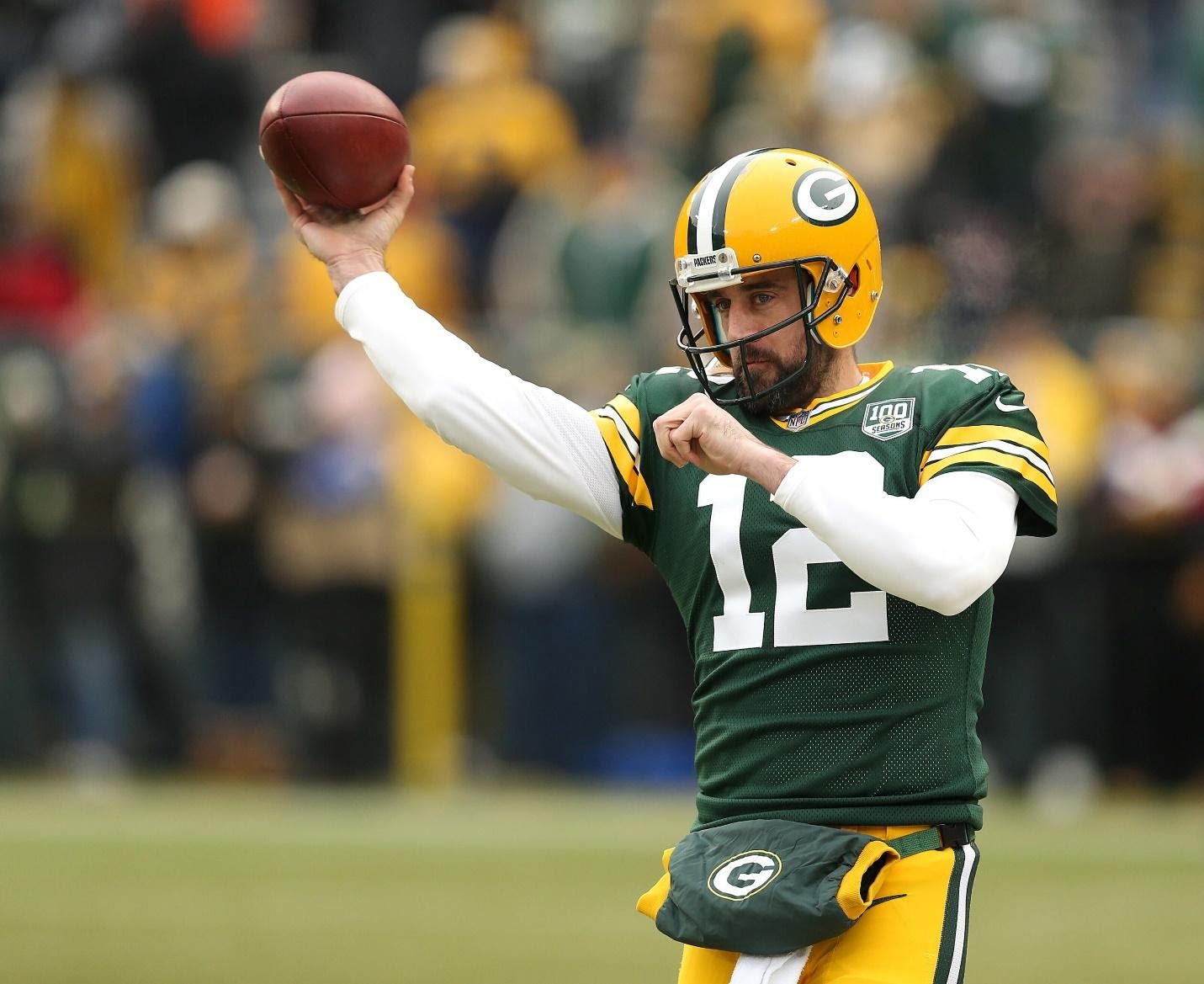 After finishing up the AFC, it’s time to take a look at the NFC quarterback rankings by division heading into the NFL Draft in a few weeks. The NFC is loaded with quarterback talent in each division and just added a legendary figure into the conference. So, let’s see every NFC divisional quarterback situation.

The NFC East has a lot of young talent at the position and Carson Wentz takes the top spot, especially after last season. Wentz led the Eagles to the division title with injuries to his playmakers all over the place, which is extremely hard to do. Wentz had a lot to prove to many in 2019, and he answered in a big way down the stretch. Prescott is the most polarizing quarterback not only in this division, but maybe in the entire league. Prescott, for all intents and purposes, had a very good year in 2019, but the Cowboys faded down the stretch and lost the division to the Eagles. Prescott now has a new head coach in Mike McCarthy, a former Super Bowl winner, and Dak is probably going to get a big contract sooner rather than later. The pressure will be all on Dak in 2020. For the rookies, Jones was much more impressive than Haskins and showed a lot of doubters why the Giants picked him in the 2019 draft. While Jones displayed a lot of potential as the heir to Eli Manning, Haskins had a rough go and there are rumors that Haskins might not be the starter with Washington having the number two overall this year. While Jones is set to be the future of his team, the same might not be said for Haskins.

Rodgers has held the top spot in this division pretty much since he finally succeeded Brett Favre in 2008. Through everything, he continues to produce and be one of the top quarterbacks in the NFL. The thing for Green Bay, is that Rodgers is getting older, so the clock is ticking for Rodgers to get his second Super Bowl championship and the Packers to possibly look for his successor the same way they did with Favre all the way back in 2005 when they drafted Rodgers. Cousins proved a lot in 2019 and defeated the New Orleans Saints and Drew Brees in the Wild-Card round in the Superdome. Cousins was rewarded with a contract extension as he was about to enter his last year of his previous deal and him and the Vikings look to go deeper into the playoffs with Cousins as their guy. After eleven years, Stafford continues to be a staple of consistency in Detroit and he played well in 2019, but he suffered a spine injury which kept him out for eight games. Stafford is still a real solid quarterback, but after eleven years the Lions have yet to win a playoff game with him under center and rumors are the Lions could look at quarterback in the draft. Foles was brought in by Chicago to compete with Mitch Trubisky and chances are he’ll start Week 1 for the Bears. Foles has proven to be a good backup in the NFL, but as a starter, not so much, despite his Super Bowl win and MVP a few years ago.

This division is the best all around in terms of the quarterback play and is the toughest division in all of football. No quarterback here is bad and neither team has questions for their future at the position. Russell Wilson might be the best quarterback in all of football and what he has done in Seattle in recent years is nothing short of incredible. Wilson was a serious MVP candidate in 2019 and looks to be in the race for the MVP award again in 2020 as he tries to get his second Super Bowl title with the Seahawks. Goff had a rocky year in 2019, but he was fantastic in 2017 and 2018. It doesn’t help the Rams are tight with their roster and lack draft capital. Todd Gurley was released, Rodger Saffold left in free agency last year, and Brandin Cooks might be dealt soon. While the roster is shifting in Los Angeles, Goff is a constant presence and gives the Rams a chance to win every week. Garoppolo fell out of grace with a lot of people after the 49ers Super Bowl loss, but the fact of the matter is he’s a real solid quarterback and he’s done nothing but win for San Francisco after he was traded to the Bay Area in 2017. He’s their guy for a long time. Murray had a productive rookie year and winning the Offensive Rookie of the Year award. Now, he gets DeAndre Hopkins to add to his display of playmakers as he looks to take the next step in year two with head coach Kliff Kingsbury

The NFC South welcomes in Tom Brady to the fold, which is something that nobody thought would ever happen. A division that’s been dominated by the Saints over the last three years, now gets Brady in there who dominated the AFC East for twenty years. It’s tough between Brady and Brees, as great as Brees is, Brady is still Brady and it’s interesting to think that despite the 30 interceptions thrown by Jameis Winston, the Bucs still finished 7-9. Here comes Brady who rarely turns the ball over to go along with his resume and he gets Mike Evans, O.J. Howard, and Chris Godwin as options to throw the football to. Brady vs. Brees twice in 2020 is going to be must watch television as Brees is still at the top of his game. The Falcons may have struggled the last two years, but Ryan continues to play well and show he’s a top-10 quarterback in the NFL as he still looks for his first Super Bowl title. Bridgewater gets a second shot as a franchise quarterback in Carolina after he was stellar in New Orleans in relief of Brees when he was out with an injury. Bridgewater joins rookie head coach Matt Rhule and his system for a team that looks to be rebuilding, so Bridgewater has his work cut out for him with the Panthers.