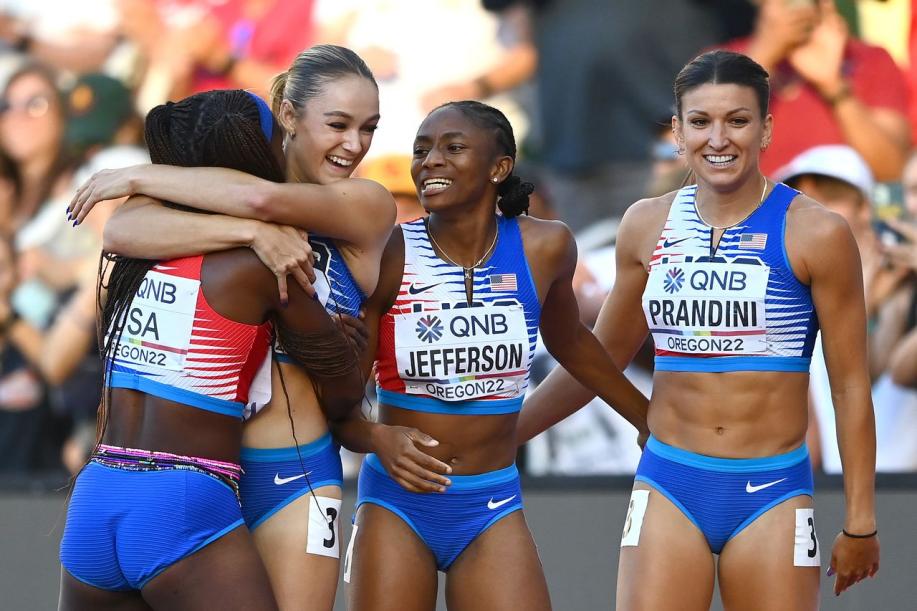 (The women’s 4x100m winning team)
One of the most intriguing races of the world championships, the women’s 4x100m relay final was one to watch out for. After witnessing Jamaica complete the clean sweep of the 100m and take the top 2 spots in the 200m, the thought was how fast and not if they would win, however, speed does not win the relay; successful exchanges do.

With the likes of the fastest woman over 200m Shericka Jackson, five-time world 100m champion Shelly-Ann Fraser-Pryce, and Olympic Champion Elaine Thompson-Herah, the world record would be quivering. 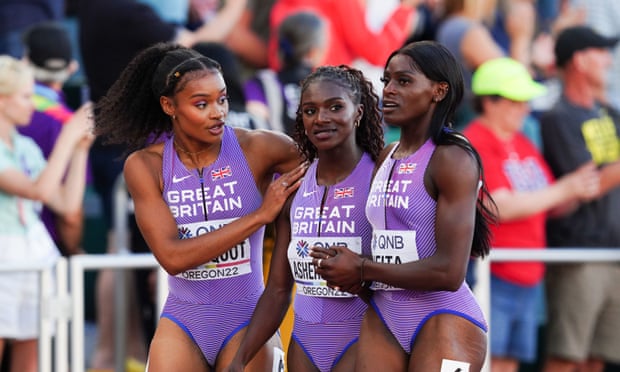 In the heats of the 4x100m, after being placed in lane 8, they made it look harder than they need to finish fast with Kemba Nelson, which rightly earned her a place in the final. Some say controversial, but we all know rightly deserved.

Races are not won on paper though and the exchanges have to be as precise and quick as the athletes can be. Walker to Thompson-Herah to Fraser-Pryce to Jackson. However, with a talented team like that teams such as the United States with Abby Steiner and T.T Terry, and Great Britain with Dina Asher-Smith and Daryll Neita should not be counted out.

The start of the final was looking like a chase down more of a fair race when Kemba Nelson covered Asha Philip within 60 meters it was gonna be a blinder until……the baton exchange was messed up on the back straight, where you can listen more of the analysis on the latest episode of GZ SPORTS; link down below, and by the time it came around Steiner was steaming away. 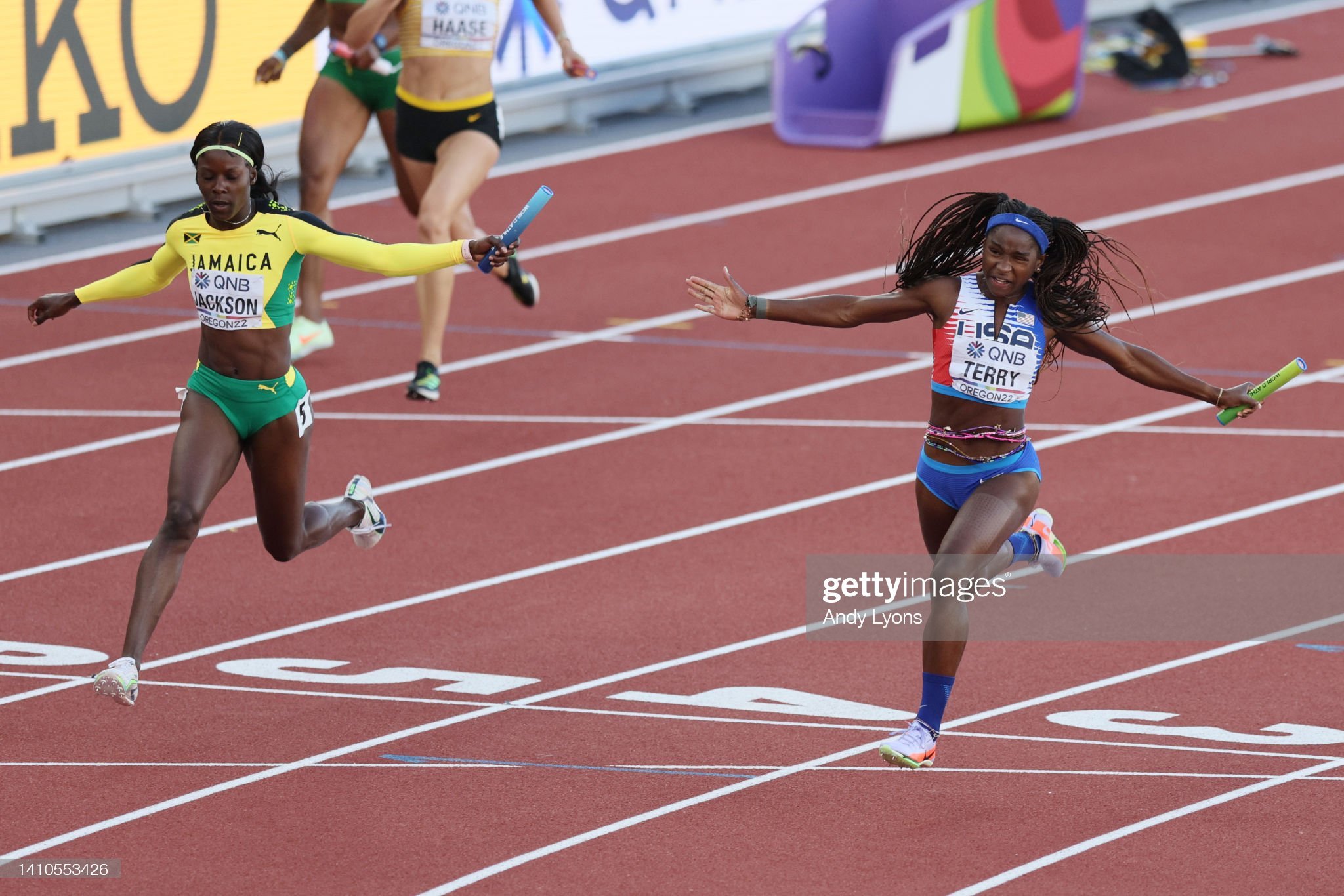 (Twanisha Terry edging Shericka Jackson on the line)
Second exchange (3rd leg) and Fraser-Pryce had a gap to make up on the veteran Jenna Prandini which was an uphill task seeing the bend favored the Americans. Anchor leg; Twanisha Terry, Sherika Jackson. Terry got the baton first and stormed away but here comes Jackson, closing and closing and closing…….but not enough. Disappointment is not the word to describe the feeling, but it is a start.