On To The Next 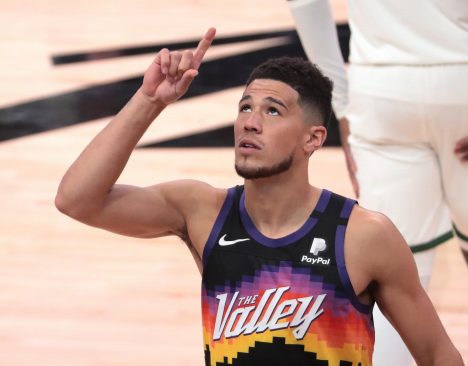 As we head into the second round of the NBA playoffs, the west proved itself to be the weirdest conference in the league.

Why, you may ask? Well, because the Suns delivered Lebron James’s first round-one loss since entering the league in 2002, posing a 14-1 record in the first round.

Devin Booker alone defeated the Lakers, scoring an outstanding 47,11, and 3 in game 6. Booker, throughout this series, has been averaging between 17 and 47 points this series.

On the opposing side, Lebron, as usual, carried his team averaging 18 and 29 points in his last six games in the postseason.

With Batman, there’s Robin; and Anthony Davis, although injured for the last two games, has played well in his fourth career playoff appearance. Anthony Davis’s best game was in game three, scoring 34 points with a field goal percentage of 50%. He also put up 11 rebounds. 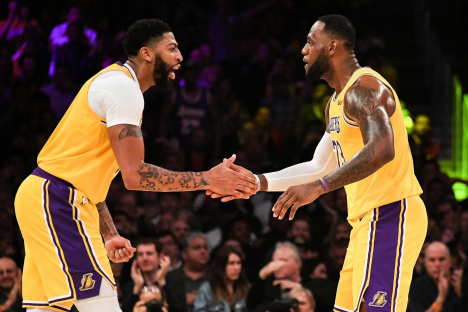 The pairing of Anthony Davis, left, and LeBron James on the Lakers has been just as formidable as everyone expected.Credit…Richard Mackson/USA Today Sports, via Reuters

Shifting east, Trae Young begins his villain arc as he tears down the up-and-coming New York Knicks, with his lowest-scoring game being 21 points in game three. New York’s public enemy #1 averaged between 21 and 37 points the whole series shooting 44% from the field. 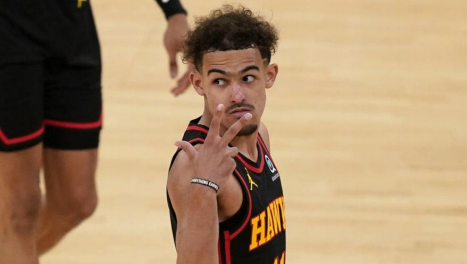 In Philadelphia, Joel Embiid and the 76ers got it done in 5 games and won the series 4-1 against the Wizards.

Before his game five absence, MVP candidate Joel Embiid proving that he’s still in the MVP conversation, averaged 33.4 ppg, 15.5 rebounds, and 17.3 assists in this playoff run. 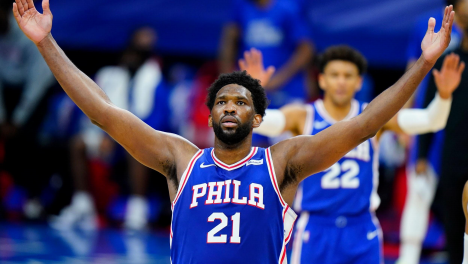 FILE – In this Feb. 19, 2021, file photo, Philadelphia 76ers’ Joel Embiid reacts after making a basket during the second half of an NBA basketball game against the Chicago Bulls in Philadelphia. Embiid is having the best season for a 76ers’ big man since Moses Malone and he has his team atop the Eastern Conference standings headed into the second half of the season. (AP Photo/Matt Slocum, File)

In Brooklyn, James Harden, Kyrie Irving, and Kevin Durant decimated the Celtics in 5.

The stats speak for themselves; this trio all proved their playoff dominance scoring 416 points with a 53% field goal percentage. 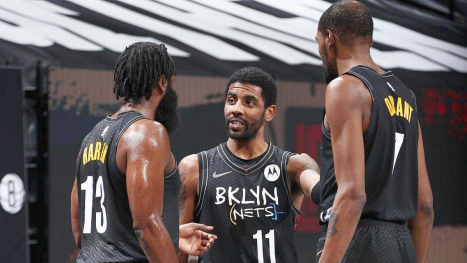 On the other hand, the only sweep of the first round, the Bucks, shows their regular dominant postseason performance sweeping the Heat.

Former MVP and defensive player of the year, Giannis Antetokunmpo, picked up where he left off after last year’s loss against the Heat and made sure they felt his presence. Giannis’s best game was in game two, scoring 31 points, 13 rebounds, and 7 assists. 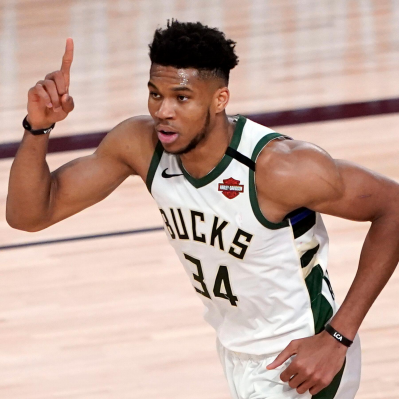 Giannis Antetokounmpo posted on social media that he was “blessed to be able to be a part of the Milwaukee Bucks for the next 5 years.”Credit…Ashley Landis/Associated Press

This year’s playoffs have indeed been all about scoring.