NHL Notes of Interests – Opening Round 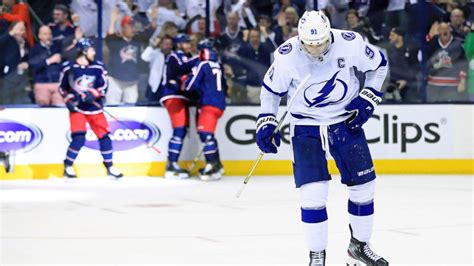 As the smoke clears and the country grows closer to a vaccine, the NHL & NBA begin their postseason round of 16, while MLB continues adjusting as multiple franchises makeup games. August 11 represents the first day of opening-round games in the NHL. Here are the matchups.

The Blue Jackets and Lightning meet for the second straight postseason. The Presidents Trophy winners in 2018-19, Tampa Bay failed to win a game in their Opening Round matchup against Columbus.

Last season’s postseason result represents the opposite of the previous seven regular-season matchups, with the Lightning winning all seven by a wide margin.

The two teams only played once this season, with Boston shutting out Carolina 2-0. In the Qualifying round, Boston’s power play struggled, while Carolina held the Rangers to one goal in 14 power-play opportunities.

Despite both teams residing in the same conference all but three seasons since Calgary joined the NHL as the Atlanta Flames in 1972-73, this is only the second time facing each other in the postseason. Dallas, then the Minnesota North Stars, defeated Calgary in six games in the 1981 Stanley Cup Semifinals.

Dallas lost two of three of their qualifying seeding matchups, keeping a trend they established before COVID-19.

The two teams faced each other three times this season, with Calgary winning two of three (one in OT). However, dating back to 2017, the Stars own an advantage. During the qualifying round, Calgary’s power-play performed well. Their five PPG tied with Edmonton for the most.

Chicago, winners of three Stanley Cups since 2010, defeated #5 seed Edmonton in the qualifying round. Chicago’s 72 points represented the fewest in the Western Conference. Vegas joined the NHL in 2017-18, reaching the Stanley Cup Finals in their first season. Vegas owns a dominating advantage over Chicago in their nine regular-season matchups, winning eight of them.

Both teams ranked among the leaders for goals scored in the qualifying round.