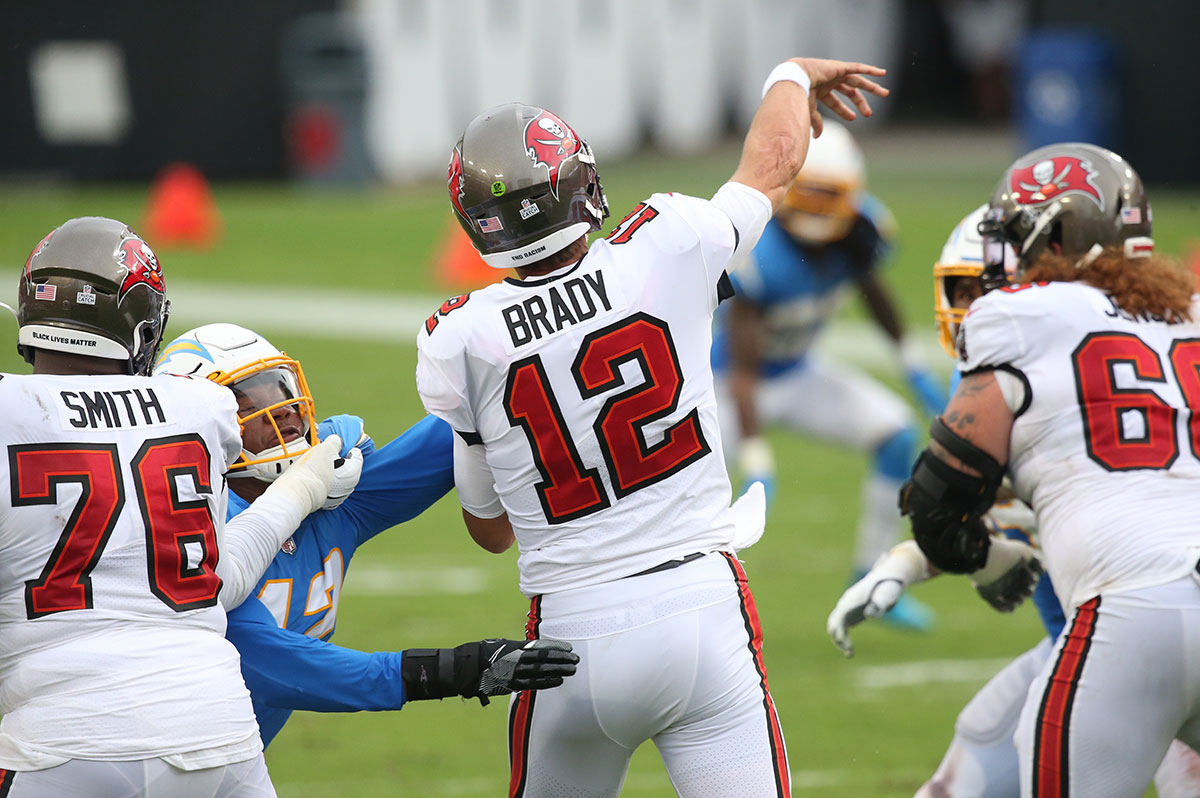 Saying goodbye to each NFL week with our latest edition of “Five Interesting Stats” during COVID is one thing that emotes positive feelings in a difficult year.

Here are five interesting notes to close out Week Four in the NFL.

1,424 passing yards is the most for any three-game span in NFL history.

Set the team record for most points allowed over a three-game span with 126.

Allowed 38 points in three straight games for the first time since 1960.

Brady threw for five TD in the Buccaneers win over the Chargers on Sunday. Brady (43 years, 62 days) passed Warren Moon (40 years, 342 days) as the oldest QB in NFL history to do so. All five of Brady’s TD’s went to different receivers.

The New York Jets and Giants are both 0-4 in the same season for the second time since the merger. In 1976 both teams started 0-4 and finished their seasons 3-11.