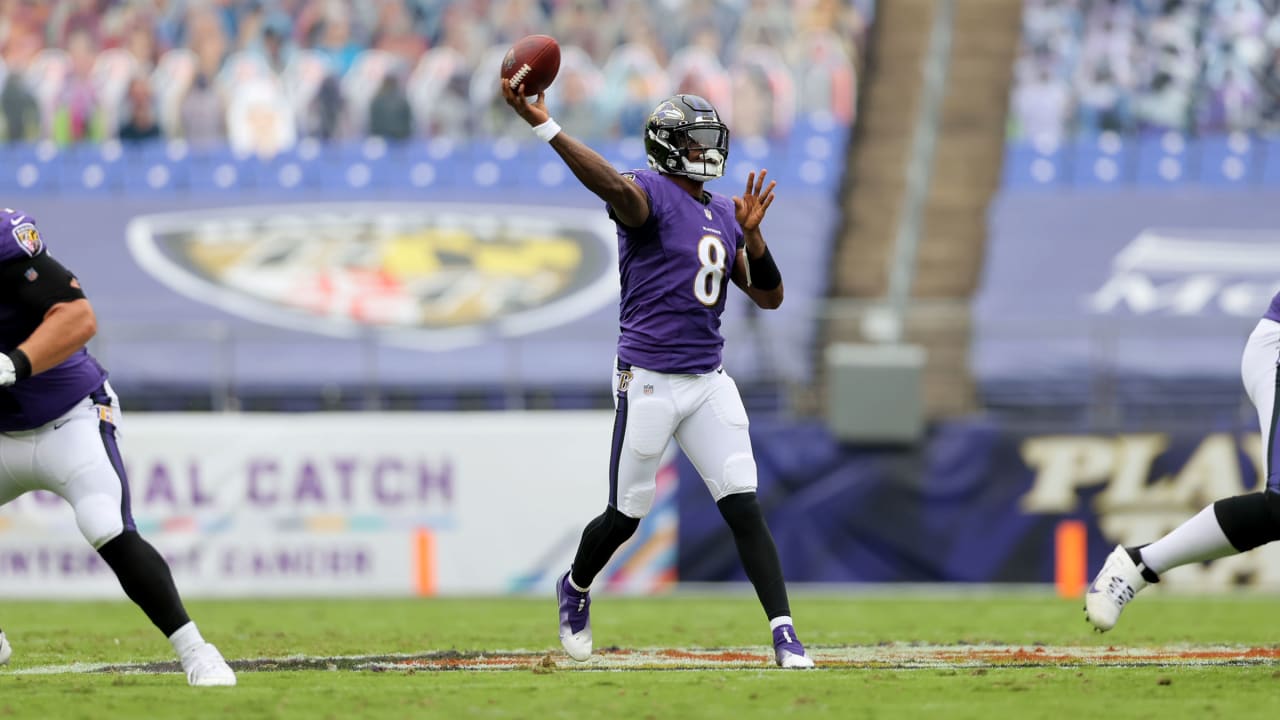 Tuesday night’s game between the Bills and Titans was the second Tuesday game in the last 70 years. As we finally say goodbye to Week Five, here are five interesting stats to review. (*NFL.com research).

Pittsburgh Steelers rookie WR Chase Claypool scored a rushing TD followed by three TD receptions (32, 5, and 35 yards) in a 38-29 win over the Eagles. Claypool’s 110 receiving yards were the fourth-most for a rookie scoring four TD in NFL history.

Despite winning six Super Bowl titles, the Steelers registered four wins without a loss to start the season for only the fourth time in franchise history. In two of those seasons, they went on to win the Super Bowl.

In the Arizona Cardinals 30-10 win over the 0-5 New York Jets, Kyler Murray threw and ran for a TD for the fourth time this season. Murray joins Cam Newton in 2011 and Kordell Stewart in 1997 as the only players with five touchdowns rushing and throwing in the first five games of a season.

The Baltimore Ravens rebounded from their loss to the Chiefs last week, defeating the Bengals 27-3. Lamar Jackson owns the fewest interceptions of any QB at the time of his 50th TD pass.

Seattle defeated Minnesota 27-26 on Sunday Night Football to start 5-0 for the first time in franchise history. Wilson culminated their win with the 30th game-winning drive of his career. Wilson has the most for any QB since joining the NFL in 2012.