The 2020 Major League Baseball (MLB) season was supposed to be the beginning of the 26-man roster, an increase of one spot from previous years. However, the COVID-19 outbreak has thrown some curveballs at the game, stopping the season prematurely, and causing one of the most intense labor union battles ever.

Part of the agreement between the Major League Baseball Players Association (MLBPA) and the MLB owners was that teams are allowed to carry a roster of 30 players for the first month of the season and after the first month carry the normal 26 players. Along with the normal roster teams will also carry a “taxi squad” made up of 3 players with one being a catcher.

The “taxi squad” will travel to every home and away game as a possible substitution for any rostered player should they happen to contract COVID-19. The issue I take with the taxi squad is that these players will only be paid $108.50 per day along with their normal minor league salary, which can vary from $290-$700 per week depending on what level of minor league baseball the player is/most recently assigned to.

The MLBPA and the MLB owners took so long to come to an agreement to play while debating over the pay that players should receive and service time earned etc. It makes me irate as a baseball fan. Players are expected to stay in game shape and travel to every game for $108.50. That’s utterly ridiculous! It’s disrespectful to the game of baseball.

It makes me question whether the MLBPA fought for every player? Or just the stars? Did Commissioner Rob Manfred fight to see that the players taking the field in his league are being paid a liveable wage?

MLB players should not be paid $108.50 in any capacity, whether it’s the taxi squad or the active roster. They took 3+ months to come to an agreement to decide that 90 players will be paid $108.50 plus their minor league salaries while facing the risk of contracting COVID-19.

The taxi squad salary puts a stain on the game of baseball. Rob Manfred has once again shown that his sole interest is making the owners money. He’s the polar opposite of a players commissioner.

Even the most casual baseball fan would prefer a players commissioner to a Rob Manfred type.It’s disgusting to know that negotiations between the league and the players association took so long and they couldn’t provide taxi squad players with a liveable wage.

This isn’t the product of the parsimonious attitude of the owners and it’s not on the MLBPA.It’s on the shoulders of both groups.

Both groups, not one or the other have come to an agreement to start the season in the midst of a global pandemic that has cost the lives of over 130,000 Americans and thrown over 40,000 Americans into unemployment that will pay players about 37% of their normal salaries, but have neglected to ensure that taxi squad players will earn a livable wage.

They couldn’t find a way to give taxi squad players a liveable wage. It’s mind boggling to think that a player could earn as little. 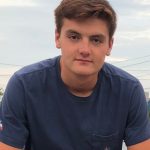