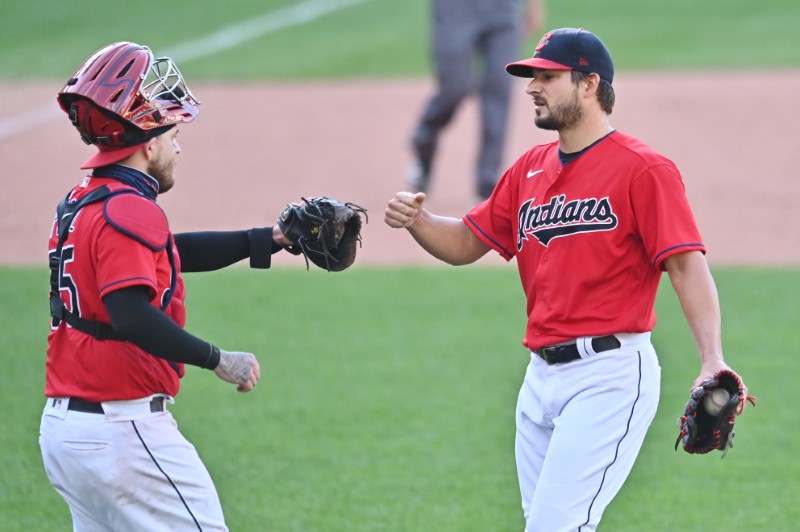 On Tuesday, MLB released a statement delaying the Miami Marlins schedule through Sunday due to multiple players and team staff contracting COVID-19. The league postponed the Yankees-Phillies four-game series while sending the Bronx Bombers to Baltimore for a two-game series starting on Wednesday (Orioles had a four-game series M-Th against Miami). MLB said more schedule changes are coming.

According to NBC New York, Governor Andrew Cuomo offered the state as an option for relocating all MLB games, much like the NBA is playing in a “bubble” in Orlando. (Thanks, Andrew).

Something in the Water? – Through five team games, the Cubs and White Sox both have 10 HR & 10 2B (Tied for MLB lead in both categories).

HR and Singles Only – Minnesota continued their offensive firepower on Tuesday, defeating St. Louis 6-3. Despite leading MLB with 33 runs (8.3 RPG) and tied for second with 9 HR, 24 of Minnesota’s remaining 28 hits are singles.

Cleveland pitching dominates – The Indians lead MLB with a team WHIP of 0.89 (34 hits/7 BB) in winning four of their first five games. Cleveland’s pitching frugality ties for the fourth lowest since 1901.

Detroit Gophers – The team from Motor City is 3-2 through five games despite being outscored by ten runs (30-20). Detroit’s 10 HR tie for the MLB lead, but their 12 HR allowed equals the 2006 Rays and 1978 Blue Jays for most in MLB history.

Unhappy Hunting (er) – 2019 All-Star (third in his career) Hunter Pence has not enjoyed his return to the Bay Area. The 37-year signed with Texas in 2019 after spending the previous six-and-a-half seasons with the Giants. Pence is hitless in his first 14 PA (0-13), currently the most in MLB without a hit.

West Distress – The three teams averaging the fewest RPG, play out West. In the American League, the Rangers six runs (1.5 RPG) and 19 hits (5th fewest in MLB history through 4 games) rank last in MLB. While the Giants and Diamondbacks (33, 2.6 RPG) occupy last in the NL and second-fewest in MLB.

Carrying the load – The White Sox 1.47 team WHIP currently ranks 5th worst in the majors, but you can’t blame Ross Detwiler. In his 12th season, the 34-year old veteran has a metamorphosis. Last season, Detwiler allowed 36 percent of batters faced to reach base. This season, he’s retired all 15 hitters to face him.