Mathew Barzal is an A**hole 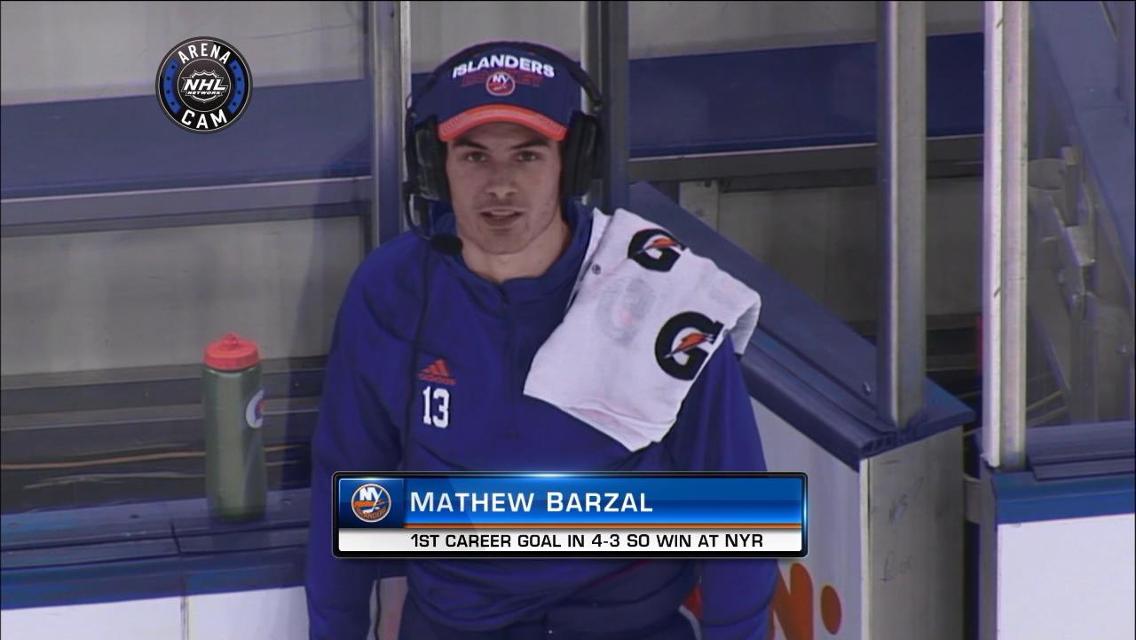 No, my assessment comes from Barzal’s “Me First” attitude. Are you unfamiliar? Let me explain.

On Barzal’s first shift of his first career NHL game, he took a penalty. As that penalty expired, he handled a puck while in the penalty box, leading to his second penalty even before he took the ice. Since he never played hockey ever before until he magically appeared in the NHL, he obviously didn’t know that was a penalty.

Oh, he played for years before that? And knew that was wrong since he was 8? Oh, well then…asshole.

Maybe he was crying because he felt de deserved more playing time than anyone else. As a guy with a two games of NHL experience, that makes sense. In two games played, Barzal was a -2 with 6 penalty minutes. And when asked for his opinion? “I thought I played well.” https://sports.mynorthwest.com/210204/barzal-reflects-on-time-with-islanders-return-to-t-birds/

A year later Barzal was rookie of the year. As was Bryan Berard. Was anyone REALLY impressed with Berard, outside of Mike Milbury’s daughter?

The same year Barzal was named Calder winner? Team captain John Tavares left the Island for Toronto. Tavares was DYING for help on the Garth Snow driven into the ground Islanders. And when he got help? He looked where there was more and had his career year.

And without Tavares? Unlike Tavares, Barzal watched his points per game decline significantly.

Sure, you could blame Barry Trotz and his defense first system for his decline. But Barzal didn’t exactly play defense either, and Trotz benched him for his….SELFISHNESS. Trotz even called him out, a very not Barry Trotz move to make. Which goes to show you how much of an asshole Barzal is.

Fast forward a season later, where Barzal again led his team in scoring….not goals, but at least he is a real playmaker, unlike that overpaid fraud Josh Bailey. So what does one time 20 goal scorer Mat Barzal want?

To be the highest paid player in the NHL.

Ovechkin? Crosby? Doughty? Kane? All champions. Half of them overpaid.

And Barzal feels that 1) he is on the same level and 2) he deserves to get paid as much or more.

For that, I can’t exactly blame Barzal. The NHL has fallen into a pattern of paying very young players with no accomplishments aside of scoring points in the regular season salaries that are highly detrimental to the team that signs them or the overall health of the sport.

Is Buffalo Sabre Jack Eichel worth $10 million before he MADE a playoff series? Connor McDavid $12 million? Matthews $11+m? To borrow from both Moses Malone and Amy Winehouse: No, No, No.

Do they score? Yup. Play a little D? Yup. But do they win? NOPE. So…why pay for not winning?

Do fans buy seats for losing teams, except at Madison Square Garden where it’s a tradition? Pre COVID, hockey draws a lot less fans than more sports. Hockey has a larger revenue share for small market teams than most sports – about 3% of the top level of the cap just for existing – but does that demand winning from those club to keep that funding? $5m is also 10% of the cap if you spend to the floor. Why would a winning team want to give a losing team 10% of a cap unless it ensures you have a patsy to beat ass on?

And what would be worse? The patsy would squander the money. Add the playoff series won by Matthews, McDavid, Eichel, Trouba, Laine, and Barzal. What’s the total? 6? And 3 of those are just from Barzal’s teams.

But who were the heroes in those Islander series?

So, back to a non-prime time, Josh Bailey equivalent player asking to be paid like an all timer. How is that selfish?

To the player, it isn’t. In fact, a player could argue that by gunning for the most money possible, they uplift the salary structure of the entire league. Except we’re seeing that such a premise isn’t true. In fact, it created the era where old timers rode out to the sunset on overpaid contracts, those same guys are getting close to minimum wage deals. Joe Thornton and Jason Spezza come to mind.

Remember the time where the Colorado Avalanche traded for Ray Borque to push them to win a cup? Or one of those #chuk’s in Tampa? Or any other veteran to get a team over the hump?

Now it’s a market where you can’t get a star player at the deadline because you’re tied down to paying kids who could use leadership but the team can’t pay. Even the Islanders acquisition of JG Pageau – a playoff performer for sure- doesn’t mean he was a veteran playoff performer with a pedigree. It means he was available for a trade because Ottawa didbn’t want to pay him, and because he was an unrestricted free agent.

So, how does this all relate to Mat Barzal? Because he is a selfish asshole. After the Islanders went to the Eastern Conference finals and put up a valiant fight versus Tampa Bay? The league knew that the Islanders issue was lack of offense. So lets talk about a tale of two players.

Defenseman Ryan Pulock- a top pairing defenseman on the Islanders- was facing a free agent decision. He chose to sign a short term contract at a reasonable rate. This helped preserve the eastern conference finals team.

But Barzal? FUCK THE TEAM. I WANT MINE. The result? Devon Toews was traded for a pair of draft picks. Toews was Barzal’s regular season overtime buddy. Now that he’s gone? You can absolutely subtract overtime wins from the Islanders lineup. 100% guaranteed. Which affects playoff seeding. Great teammate.

If toews went to Colorado and signed a $7 million contract? Good riddance. But he didn’t. He signed for less than Josh Bailey, and is worth more.

Howabout the unrestricted free agent Mike Hoffman? Hoffman scored goals. Especially on the power play. Hoff and the Islanders shared a mutual interest, but the Islanders could never make an offer to Hoffman because their salary cap was tied up with Barzal’s greed. Hoffman took a Player Try Out in St. Louis because…he wanted to?

And Barzal? The Islanders placed heart and soul guy Johnny Boychuk on the LTIR due  to his injuries to create $6 million for Barzal. Add the million Barzal made last season and it would be a $7 million offer to Barzal with a zero gain on the salary cap. And Barzal said no. Costing the Islanders a teammate with which he had chemistry.

In case you’re having trouble keeping score? Barzal’s assholishness cost the Islanders Mike Hoffman, Devon Toews, and all of their cap space. And within 48 hours of training camp, still has left the team in limbo by not accepting up to $9 million dollars.

Now, if the roster change makes theIsles win a cup? It’s not because Barzal cared about the team. It’s because he blackmailed them into trading the roster. If they win a cup, I’d eat half a crow. They won despite the greedy infant.

The last time we had such an insufferable asshole? Money hungry Pat LaFontaine. Maybe the best American born player in NHL history. Wanted to get paid like the best Canadian born player, just without the resume. Did Patty ever win a cup?

Mathew Barzal is a selfish asshole. I know I’m not the only one feeling this way. Here’s a preseason guarantee- without the Islanders making a major move?. They won’t repeat last season. Maybe it’s time to find the Pierre Turgeon we’d need and move on from Barzal. Let him suck a salary cock somewhere else.