KING OF THE CONFERENCE

With the latest blockbuster trade on the Franchise tag deadline in the NFL, we witnessed unraveling situations for two star-studded QBs; Aaron Rodgers and Russell Wilson. Rodgers ended up clearing the air and, confirmed by multiple sources, will stay in Green Bay for season number eighteen. The latter, however, entertained trade talks even before last season and got a move from Seattle to Denver. With Russ changing conferences and heading into arguably the tougher conference for QBs, it is time to see where he falls when it comes to power rankings. 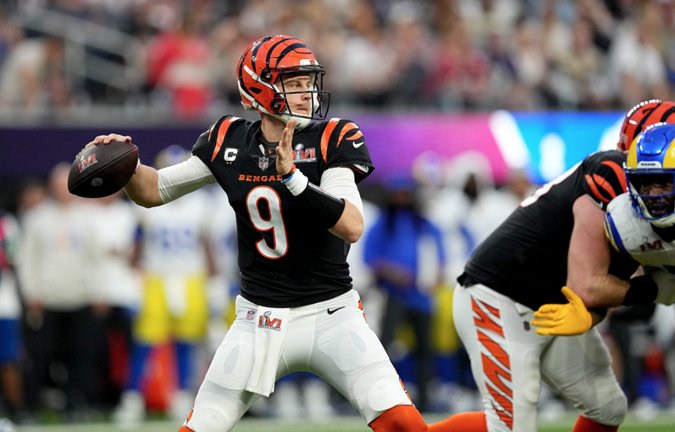 (photo credit: Zach Ragan)
Many people will disagree with this placement because in his second year he made the Super Bowl, taking out the number one seeded team (Tennessee Titans), and former Super Bowl champion Patrick Mahomes, but let me justify my selection. Joe Burrow made his Super Bowl run the way Jimmy Garappolo nearly did in the past season. The Bengals beat the Raiders, Titans, and Chiefs, but none were beaten by Burrow. Against the Raiders, they won because of an immense secondary, the Titans gave them the game because Tannehill must have been diagnosed with a Cataract before the game the way he was throwing, and the Chiefs just succumbed to an impressive D-line from Cinci. The Super Bowl against the Rams proved my point of Burrow where if you give him the ball and say “two minutes are on the clock, go win it,” he can’t do it. That’s why he is number five.

(photo credit: Getty Images)
This is where the new boy of the conference makes it on my top 5. Russell Wilson will be made an official member of the Denver Broncos on March 16. Last season Wilson was unfortunate to be plagued with a finger injury that kept him out for around 4-6 weeks, and when he came back was not the same as before the injury. Will he be the post-injury Wilson in Denver or will he regain his form and composure for his new franchise? It may be too early to say, but what can be said is that a healthy Russel Wilson has you in the playoffs at least. The former Super Bowl Champion will have a massive point to prove after getting his way out of Seattle so Denver is the place to make that statement. 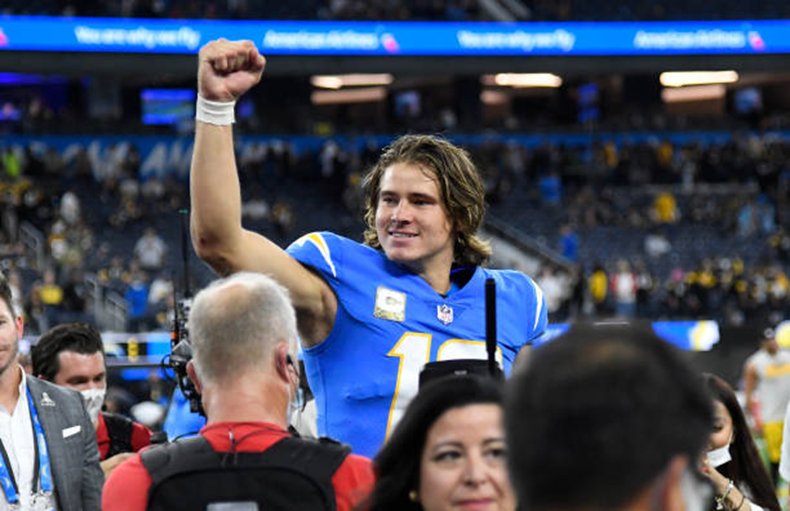 (photo credit: Getty Images)
The kid from Eugene, Oregon was rivaling the likes of Aaron Rodgers and Tom Brady for the regular-season MVP award. Herbert has a bazooka of an arm and produced 5,014 passing yards (2nd overall), and 38 touchdowns (3rd overall). People will wonder why I’ve chosen him over the likes of Wilson, and to an extent Burrow, but that is just because if his coach did not foolishly take a timeout when they were certain for the playoffs, he would have been the one in the Super Bowl representing the AFC. 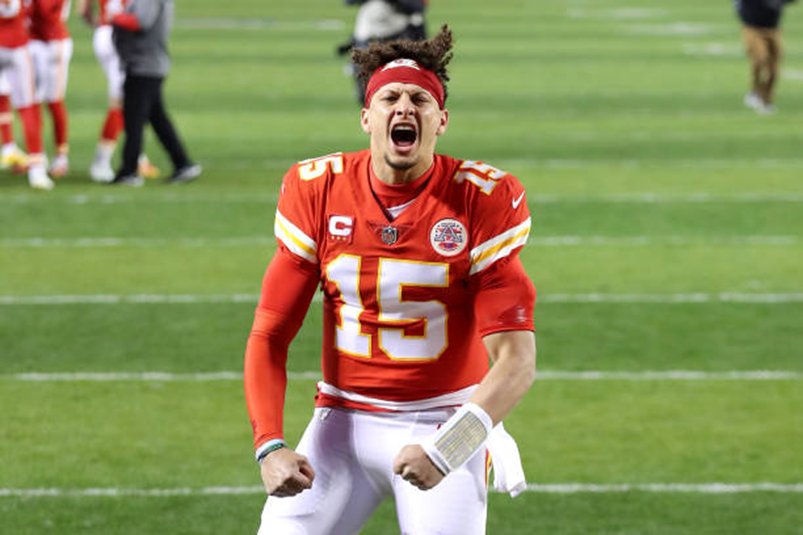 (photo credit: Getty Images)
This was a tough choice for the top two in terms of the order. Mahomes has been the best QB in the league for three out of the last four seasons, having the path to the Super Bowl go through Arrowhead for all four seasons. Last season was, by his standards, Mahomes’ worst season in terms of interceptions (13), and Quarterback rating (98.5). To be completely honest, Patrick Mahomes single-handedly lost the AFC Championship game against the Bengals with constantly rushed throws, ill-advised draw plays, and none of the “Mahomes magic” we’ve grown accustomed to, this reason is why he is the 2nd best QB in the AFC. 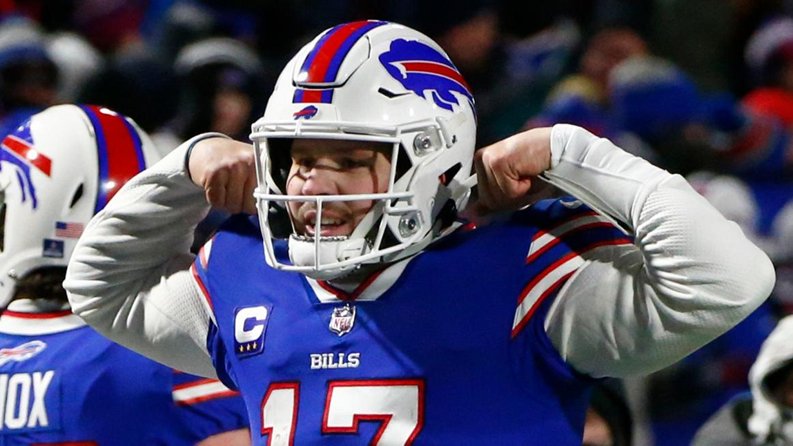 (photo credit: SkySports)
The Peyton Manning “regen” has been tearing up the AFC East since the Buffalo Bills drafted him in 2018, and for me is the best QB in the AFC. Barring MVP Mahomes who ended up winning the Super Bowl in 2019, his defense being unable to keep the Chiefs from scoring in thirteen seconds, and the overtime rules that every agrees should be adjusted, he could have been a Super Bowl champion. The fact of the matter is Josh Allen on his day can out-sling, out-gun, and out-perform ANY AB in the league and showed it in the playoffs this year, that’s why he is #1.