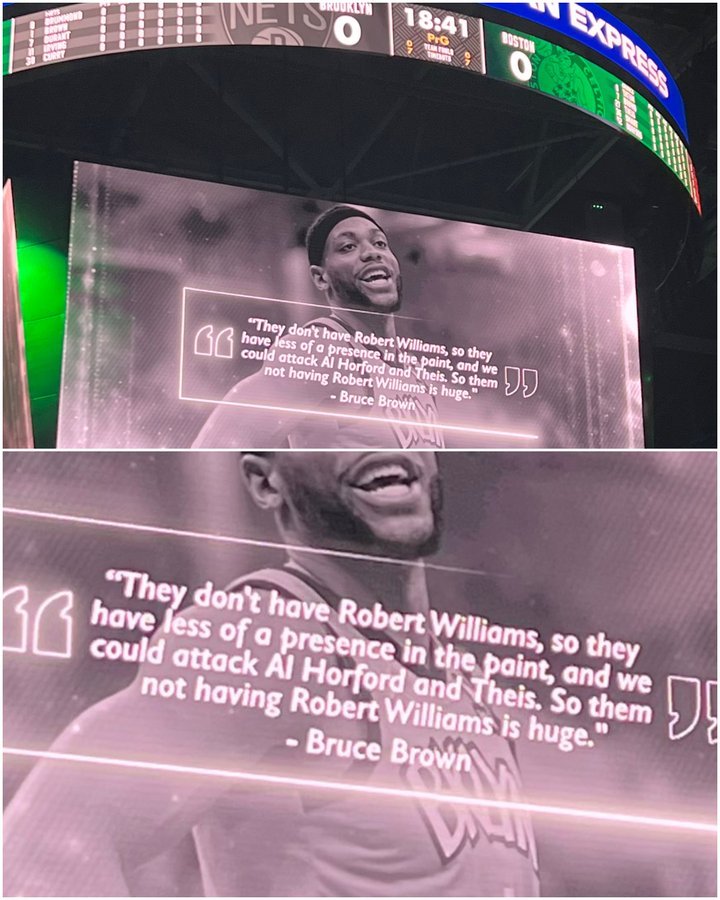 If you can’t take some good level banter from the team you put in turmoil for two years, Kyrie, I don’t think you should be playing competitive sports. Try Chess or something but to react the way you did, is unprofessional and frankly very petty. The Brooklyn Nets had their tail high after beating an inexperienced Cleveland team in the PLAY-IN tournament and thought they were gonna win the NBA.

Bruce Brown of all people in the post-match press conference talked about Boston and how they are short-handed because Robert Williams III is injured and to just basically shut down Jayson Tatum to win the series. I still cannot believe he was serious. Bruce Brown, not Kevin Durant, not Steve Nash, but Bruce Brown who has one good game every hundred attempts running his mouth.

The man got what he deserved though. In the first quarter of the game at the TD Garden, the jumbotron showed the quote he made about not having the “Time Lord” available. The Celtics made light work of the Nets in the first half even though the game was tied at 61, they rendered KD useless with only two made shots.

In the second half, particularly the 3rd quarter, Boston took even further control extending their lead up to eleven points. What else do you expect when you constantly leave Marcus Smart open on the perimeter? SPLASH! The Celtics then got a bit sloppy on defense leaving Kyrie Irving open to get the hot hand. 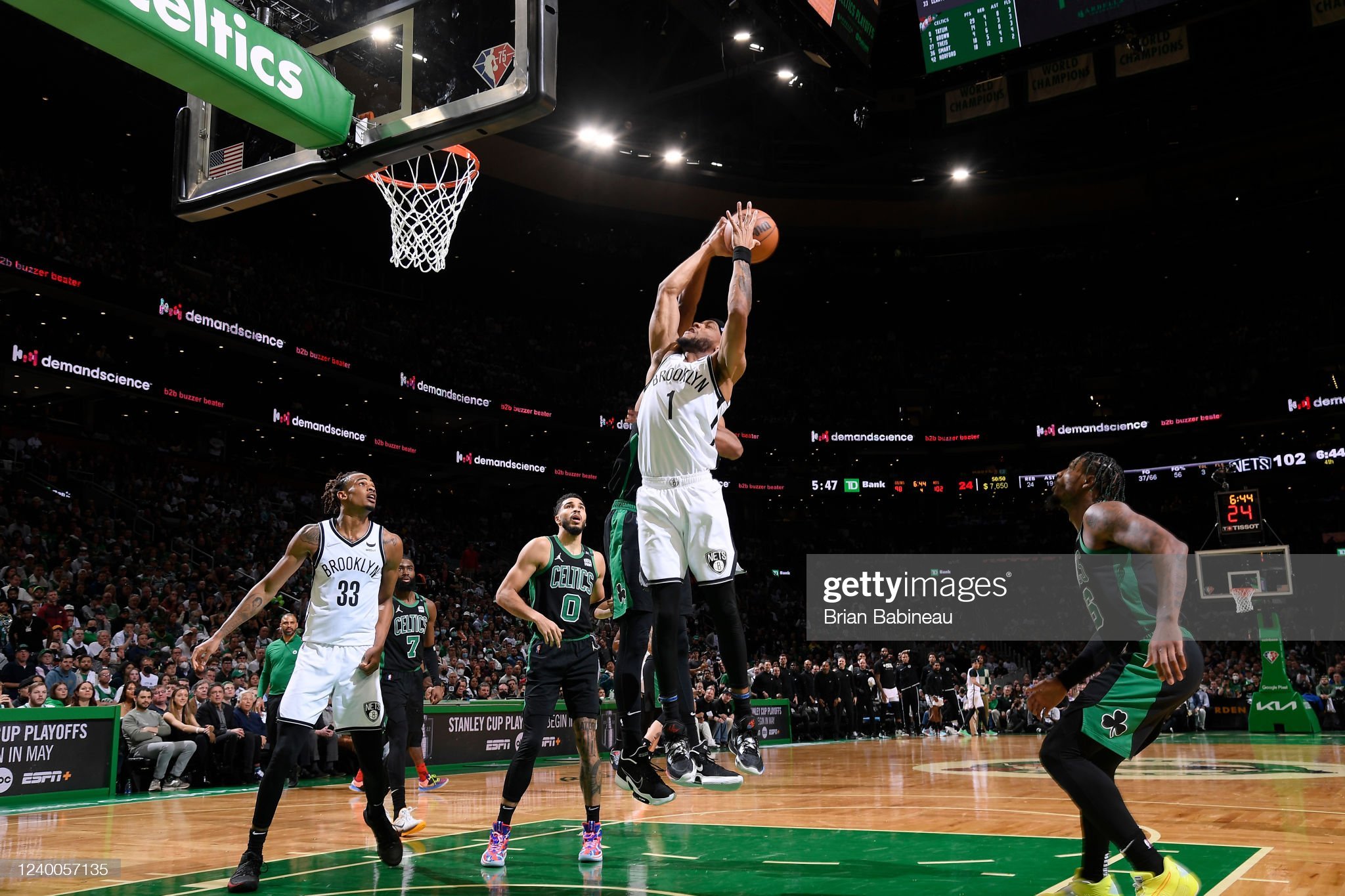 Durant well was not important as he just did his normal drive, push-off, and pull-up shot near the elbow like every game but was caught for it this time. What about the guy running his mouth before the game? Must be on 30-5-5 by the end of the game right? WRONG! Bruce Brown had a STAGGERING 5 points in 37 minutes. He had as many points as he did fouls which is laughable because of the comments he made before the game. The problem is 81/82 games a season he produces these numbers.

He is like that kid at school that has all the trash talk but is absolutely like his comments; trash. The Celtics nearly let the game get away from them, but when an intense double team made its way to Irving with the shot-clock running down, and Tatum with an aggressive close-out to KD on the perimeter to throw up a wild shot, it was now or never. 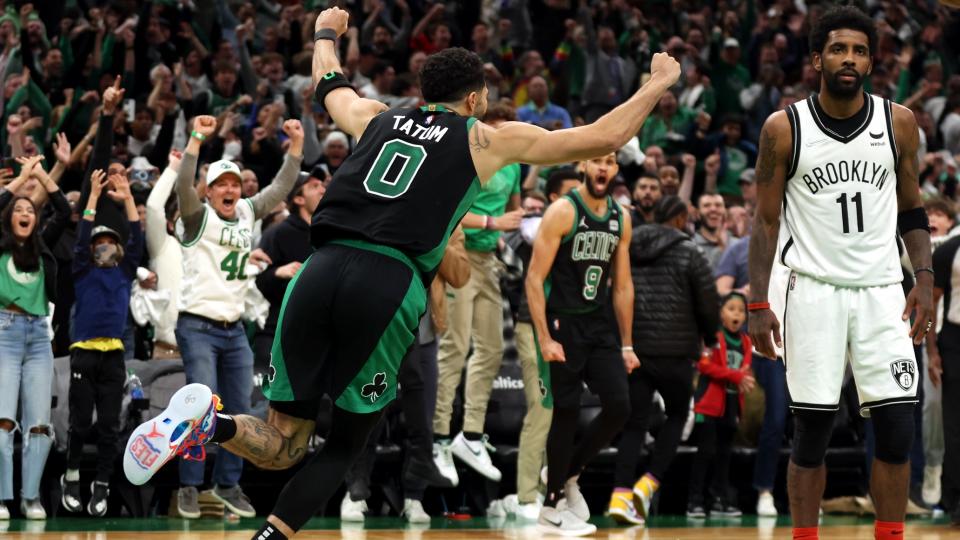 Al Horford grabbed the rebound and fed Tatum to bring it up the court. Tatum to Jaylen Brown, the good Brown, Brown drives and kicks to Smart where he has Bruce Brown and Nic Claxton living out their childhood dreams of being superman and flying through the air where he dished it to Tatum who put Kyrie in the spin cycle before the most delicate of finger roles to win it as time expires to win 115-114.

What an end to a game that was and first blood to the Celtics. Brooklyn is gonna come out all guns blazing on Wednesday for game 2 if they have any ammo left anyway. Durant and Irving are gonna do what they do best then too, score every point and just watch their team suffer when they need to take a breath. My prediction; Celtics in 4, five is Brooklyn win game 3.